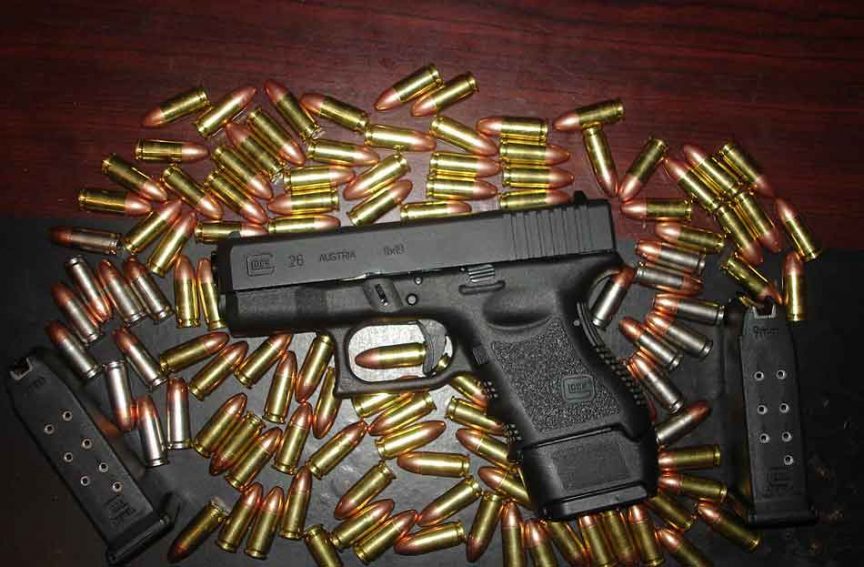 When it comes to personal protection firearms safety, Glocks have been a big brand in the market for years, but there are many manufacturers who can claim their firearms are safe.

And that begs an interesting question, are Glocks safer than others on the market? Does safety include an already chambered round, and will a Glock fire without a magazine?

Glocks will fire without a magazine present. The safety measure on a Glock is built into the trigger. If a round is chambered, regardless of whether a magazine is present, the firing pin will strike the percussion cap and a round will be fired when the trigger is pulled.

You shouldn’t mistake this for a lapse in safety, far from it, it could arguably be seen as evidence that Glock has implemented their safety features in the right place.

Glocks are a very controversial gun manufacturer amongst people who don’t fully understand just how safe and reliable they truly are. Many people believe them to be highly risky but this isn’t quite true. 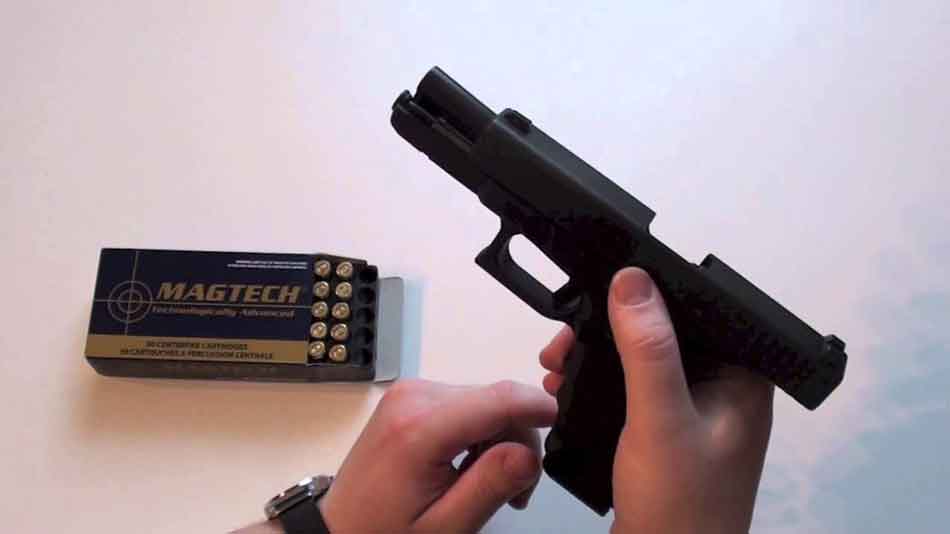 Glocks are very safe and are some of the most reliable guns available to the general public. There is a reason the military uses them as well as police forces worldwide.

This article will cover the safety features of Glock pistols as well as explaining the logistics of why Glocks can fire without a magazine. By the end, you’ll hopefully have a much better appreciation for Glock’s genius engineering and we can put to bed some of the misinformed rumors about their lack of safety.

Glocks are highly advanced weapons. They have a reputation for being unsafe because they don’t have the traditional on/off safety. While this is true, that doesn’t make them unsafe.

Glock have carefully designed their safety system to allow the gun to be fired as quickly as possible. Turning the safety off in a split second may be the difference between surviving and encounter and not.

There is a reason militaries and police forces all around the globe use these pistols. All of Glock’s safety features are tied into the trigger itself. The trigger is actually made up of two triggers, each has to be depressed at the same time for the gun to fire.

The third passive safety is a trigger bar that can only be depressed and removed if you push both triggers at the same time, this is of course the only way to pull the trigger anyway, but it means all of the internal firing mechanisms are independently blocked.

This is why a Glock won’t go off by accident if you throw it, drop it, shake it around, etc. It will only go off if you deliberately pull the trigger.

Can You Load A Glock Without A Magazine?

Yes, you can load a Glock without a magazine. By loading a cartridge into the chamber you can fire one by one. Because of the Glock’s safety features, the chamber won’t remain open after each shot, you will need to open the chamber between each round.

Of course, chances are you wouldn’t be loading your pistol one by one in very many situations.

This is important to remember should you ever try to chamber a round first and then load a full magazine into your gun. We will get into that a little bit later, discussing why you may (or may not) want to do that.

Can A Glock Fire Without Pulling The Trigger?

Because of Glock’s careful tri-safety features, it shouldn’t be possible, in theory, for the gun to go off without you forcibly pulling the trigger.

One of Glock’s biggest criticisms is that their triggers have a very light pressure threshold.

Accident discharges are possible, but with good trigger discipline, you should be just fine. 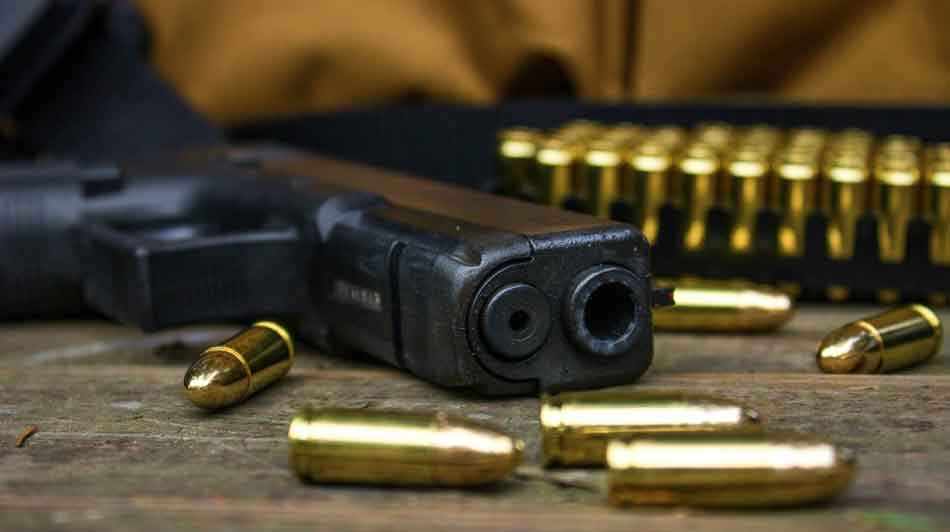 That is not a hardware error, that is human error, while the light trigger is a fair criticism, no accidental discharges are the fault of Glock.

It’s important to state that it’s tremendously rare for such an error to occur. Glock performs very over the top pressure tests on the weapons, both in house and with the use of independent testers.

Glock’s are frozen, sunk, crushed, thrown off buildings, buried in sand, and then fired 10,000 times without maintenance or cleaning and they tend to generally work fine after those tests. There is always going to be a chance for a manufacturing error, but twice out of millions of models is pretty good going as far as I’m concerned.

Should I Carry A Round Chambered?

Here is where things get a little tricky. Many people argue that walking around with your gun chambered is setting yourself up for an accident to occur.

Your gun can’t go off by accident if there isn’t even a round in the chamber, how could it?

But since Glock has such good safety features in place on their pistols you are going to be just as safe with a round chambered as you are with one not. 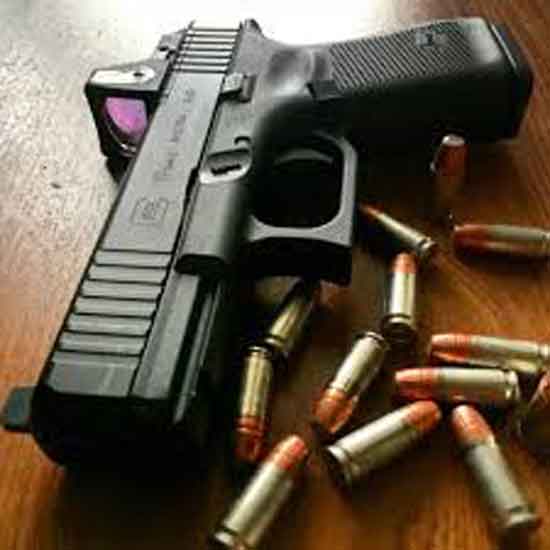 Furthermore, keeping one chambered is a good way to bypass small magazine capacity, in the compact Glock models especially. Not keeping a round chambered is arguably a safety issue in and of itself.

Should you need to draw, aim, fire quickly in the heat of the moment; loading a round into the chamber is going to take up time that you might not have. If your Glock is there for your protection, and the protection of others, you need to give yourself every advantage you can.

Hopefully, this has put your mind at ease about the Glock and how effective their safety measures are.

Glocks are incredibly safe, despite their various designs intended to make the gun quick and easy to use, it doesn’t put the user or others at risk.

While it is true that there have been some accidental discharges from being dropped, they are very rare and while they shouldn’t be ignored they should be treated as an anomaly. 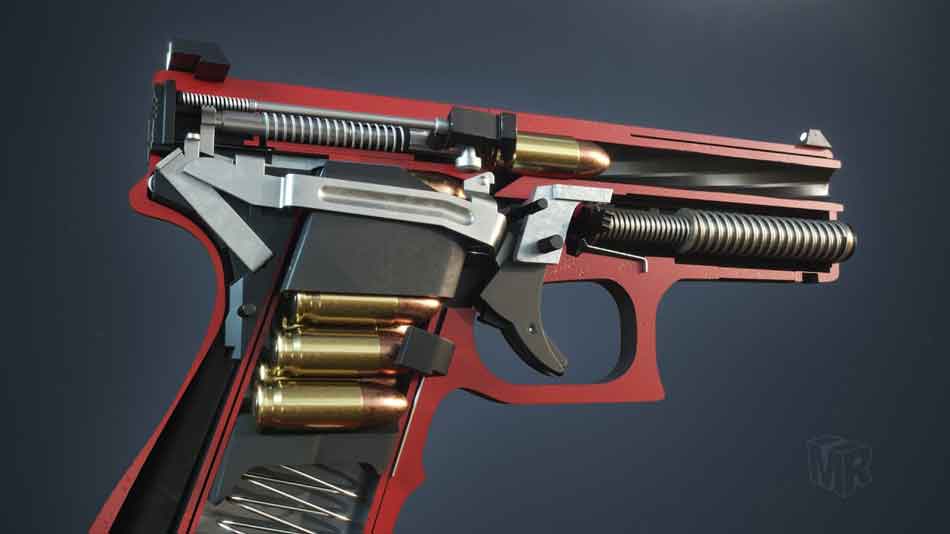 Don’t let a few examples turn you off from buying what are otherwise phenomenal pieces of precision engineering. Remember, good trigger discipline is the most important safety feature for every gun and gun owner alike.