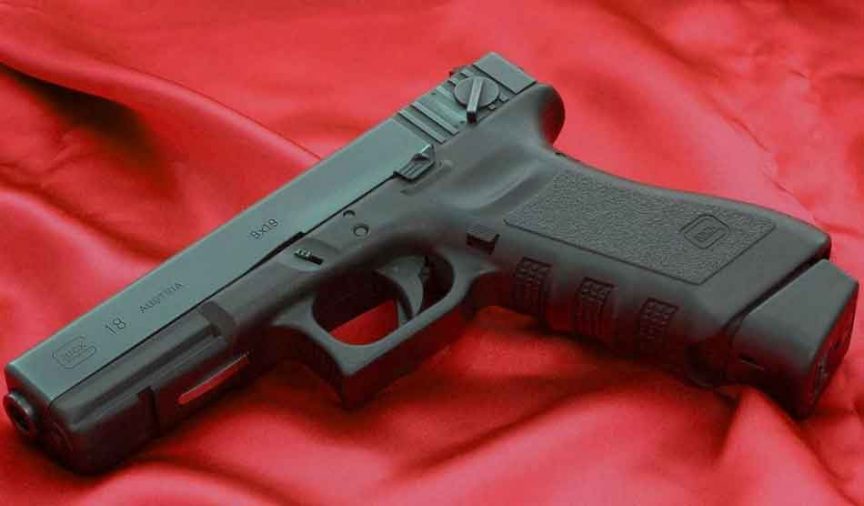 Finding a pistol that has the most versatility and reliability is very important. The primary purpose of a pistol is to keep you safe, so finding one that is as reliable as possible should be at the top of your list. One of the best features to look for is magazine capacity. Having to reload can be highly problematic in life or death situations.

So, which pistol has the highest capacity magazine? The answer to that can be a little tricky. It is possible to by extended mags and even custom drum mags for most pistols, which could raise the capacity to close to one hundred. However, this isn’t realistic. Instead, it is best to look at pistols that come with a high capacity by default. This would leave us with the Glock 17 that can have a magazine capable of carrying 33 9mm rounds. This article will cover the Glock 17 in detail so you can find out a little more about this great pistol. Not just how many rounds it can carry. It should be noted that the standard Glock 18 is 9mm and carries 19 rounds. The Sig Sauer P320 X-5 can take a huge 21+1 rounds as a slightly modified weapon.

Maximum Firepower With the Glock 17 or 18:

The Glock 17 is an incredibly reliable and versatile weapon. There is a good reason that Glock is used extensively throughout both the US military and the US police force. Not to mention those of other countries too. Even without modifications the Glock 17 has a lot of stopping power. If you are looking for an easy to use, cheap, yet powerful handgun to defend you and your home with then you won’t go far wrong with the Glock 17.

The Glock 18, absent the optional extended mags, carries 19 rounds plus 1 in the chamber making it a 20 shot automatic pistol.

The standard magazine size for Glocks is either 15 or 17 rounds. However, you can buy a 31 or 33 round magazine for a very little extra. They don’t often come as standard as most people don’t feel the need to have 31 rounds at the ready. However, it isn’t unheard of.

The Glock 17 is pretty powerful for its size, it can fire about 1100-1200 rounds a minute. Meaning you can empty even a full 31 round mag in about 1.5 seconds. You probably wouldn’t hit your target cleanly, rather you would pepper them apart, but you would get the job done.

If you are using this weapon for self-defense more bullets can arguably replace lack of accuracy. One of them is bound to hit its target. Additionally, the Glock 17 is effective up to a range of about 55 yards.

There are a couple of pistols that should be given an honorable mention when it comes to magazine capacity. They may not be able to carry quite as many as the Glock 17, but they are still up there. Here are two of the most notable:

The Kel-Tec PMR 30 has a standard capacity of 30 rounds. This makes it a close second to the Glock 17. The Glock, however, edges it out in both affordability and capacity. The Kel-Tec PMR 30 aimed to replicate the original high capacity pistol, the world war one Luger.

The Luger had a capacity of 32 rounds making it slightly ahead of the Glock. However, it was a drum magazine and is not exactly available on the market for your average back yard shooter. Finding a working original is near enough impossible.

The FN 5.7 has a magazine capacity of 20, which is 15% more than the standard 17 round mags of most competitors. This should edge the FN 5.7 ahead of the competition, the standard Glock 19, but it doesn’t.

The Sig Sauer P320 also carries 17 rounds in a standard magazine but is a hefty weapon. Although they have a modified version called the X-5 which takes a whopping 21+1 rounds. A heavy weapon though.

The CZ P-09 also has a 19 round magazine, which matches thee best of them.

Three more rounds in the mag do not compensate for an otherwise entirely inferior product. The FN can be fitter with a larger magazine, but that is not the standard.

If you are on the fence about getting a standard Glock or a standard FN 5.7 stick with the Glock.

The Glock Can Use Extendable Magazines:

The 31 round magazine for the Glock 17 is already arguably an extended mag. It’s pretty darn big. But, if you feel it isn’t big enough, there are some things you can do. There is a slightly larger 33 round mag that is available for purchase directly from Glock themself.

Additionally, you can have an extended floor plate put in. Which slightly lengthens the very bottom of the magazine. So, in theory, you could bump your capacity up to 35 rounds if you felt so inclined.

This may be a bit overkill, as 35 rounds are more than many assault rifles carry in one mag. You then need to consider how blatantly obvious having such a big magazine will be. If you rely on subtlety when carrying, you can throw that right out the window. It couldn’t be more obvious that you are carrying when the magazine is twice as long as standard 17 round.

Are There Legal Limits?

Laws regarding magazine capacity vary hugely. They vary from country to country, state to state, even city to city. For example, New York City has huge limitations in place on magazine capacity for rifles and shotguns.

No more than 5 rounds of ammunition! Yet they allow between 10-20 for a pistol. States such as California classify high capacity magazines as those which feed more than 10 rounds. Plus one in the chamber would leave you with just 11 rounds of ammo.

Not great if you are looking to stock up. 42 US states have no such restrictions in place, as they believe that would be a violation of your rights as an American citizen. Whether or not you think it would be is up for you to decide for yourself.

As you can see, fitting your Glock 17 or Glock 18 so that it can carry a very high capacity magazine isn’t all that difficult. You can, in both theory and practicality, fit your Glock to carry 35+1 rounds. But you probably wouldn’t want to.

However, the Glock 18 can carry up to 20 rounds as the basic standard.

As you can tell, this is a difficult question to answer but, for a useable, standard weapon with no optional extras or modifications then the Glock 17 or Glock 18 are both high capacity firepower 9mm weapons.

The inconvenience factor alone with the extended magazines makes it pretty unrealistic to be walking around with such a large mag. How are you going to carry it? It won’t fit in a holster so you can either put it in a bag or your pocket. Which is in of itself potentially highly illegal depending on where you are.