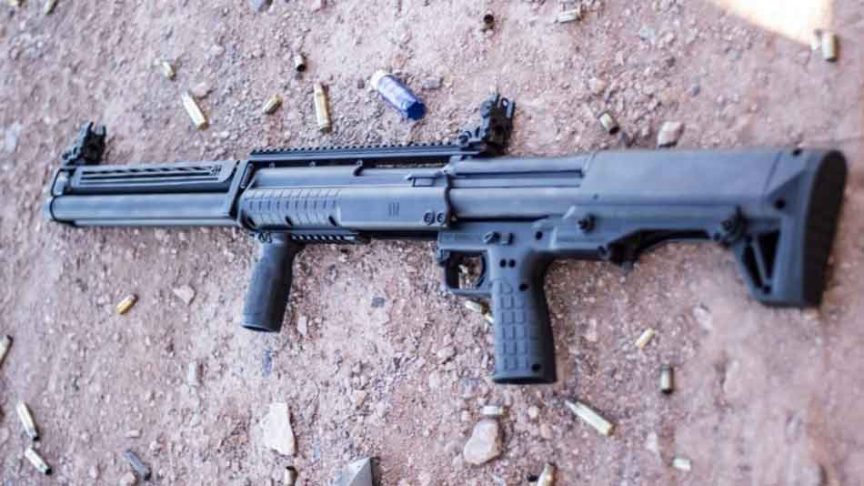 When purchasing a shotgun, the reason why is self evidently important. For target shooting, then a well balanced over and under would be necessary.

But what about when you need it for self-defense say, not only do you need it to be versatile, but when every round counts, and shotguns are known for their limited rounds, what shotgun on the market holds the most rounds?

That Kel-Tec KSG-25 shotgun holds the most rounds of any shotgun. This is no ordinary shotgun, it isn’t meant for hunting whitetail. The Kel-Tec is capable of carrying either 20 (10+10) or 24 (12+12) rounds of ammunition. You can even get an astonishing 41 rounds from it if you use Aguila mini shells. Which, I think most people would agree is plenty for almost every purpose.

Sometimes, we are after capacity, not just power. Although, this isn’t always as common with shotguns. 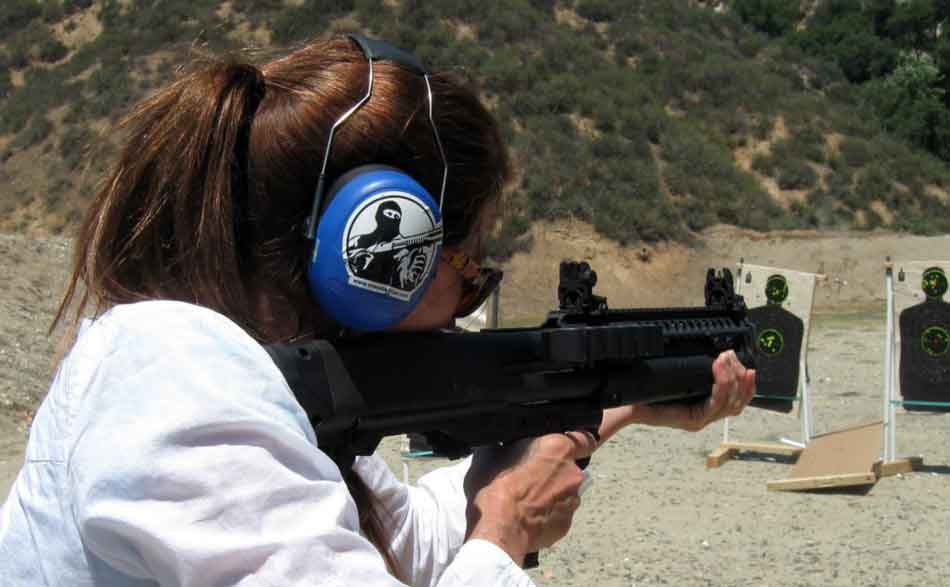 Most gun owners don’t own shotguns, even the ones that do tend to own double-barrel or pump-action shotguns. Their shotgun’s capacity is never more than 2-6 rounds in most cases.

But what if 2-6 rounds aren’t enough? What if you want the max capacity – the most bang for your buck? Then you will want to look beyond your ordinary shotguns to something a little different.

This article will cover the Kel-Tec in detail explaining everything you need to know about it and its carry capacity. We will also briefly cover a few other different high-capacity shotguns that you might be interested in if the Kel-Tec isn’t quite what you’re after.

The Kel-Tec KSG-25 is a tremendously powerful and accurate weapon, and it’s been designed primarily as a defensive weapon,

It holds so many rounds because it’s meant to be used to defend your property or yourself. They also are often used by professional private security firms because they absolutely dominate the situation. 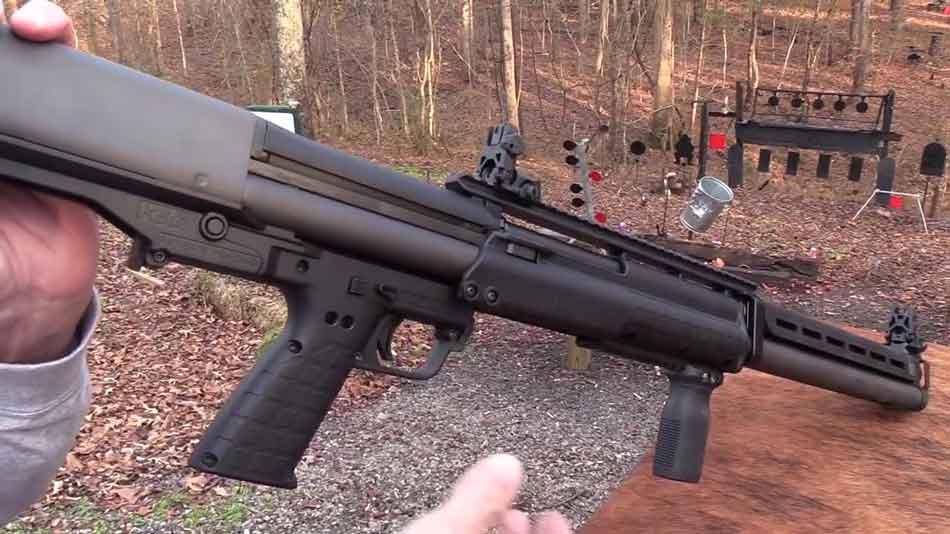 A shotgun round is devastating on its own, but 24? You haven’t got a chance going up against that. The entire gun has been machined to be as sleek and light as possible without sacrificing power.

The stock is synthetic, the receiver reinforced steel. The Kel-Tec has been balanced as well as possible, and it has to be because you’re carrying a full box of ammo too!

The KSG-25 weighs just 9.25 pounds and is 38 inches long. The barrel is bored to allow ammo flexibility.

This is a tactical weapon, it’s designed to be as functional as possible. For this reason, there are both the bottom and top Picatinny rails. If you check out Kel-Tecs tactical gear you’ll see the kind of stuff I’m talking about. Flashlights, tac lasers, extra grips, the works.

What Rounds Does The Kel-Tec KSG-25 Shoot?

The Kel-Tec typically uses 3-inch rounds or in some cases 2-3/4 inch shells. The barrel of the KSG-25 has been bored for 3-inch rounds. 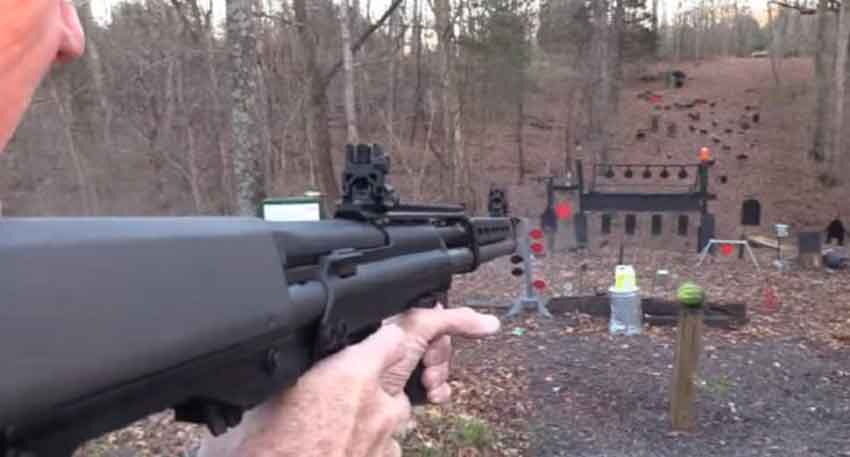 You don’t have to use 3 inches, of course, but you will probably want to. A good thing to consider is that while the barrel has been rifled to allow 2-3/4 inch rounds they won’t be quite as accurate.

The different rounds do better in different settings, this shotgun is not designed with hunting in mind but if you were to hunt, you’d probably want to use the smaller rounds for big game and the larger ones for ducks or geese, the better spray is going to help you hit your target.

That’s also why most people tend to use the 3-inch rounds rather than the 2-3/4 ones. If you want to stop your target a 3-inch shotgun round will do the trick.

But, you probably won’t need that many unless you’re being charged by an elephant. The better shot-spread can genuinely be the difference-maker. Since you are going to have a huge number of rounds at your disposal you might as well go for the bigger ones. 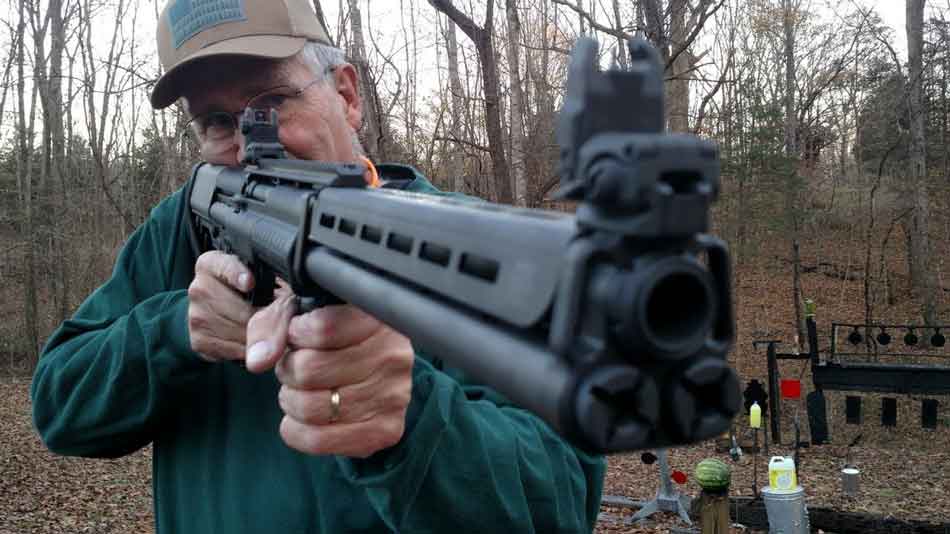 How Many Rounds Does A Kel-Tec KSG-25 Shotgun Hold?

The Kel-Tec KSG-25 is very cleverly designed, as has been explained earlier in the article.

What we didn’t cover is how well designed the ammo feed is for this shotgun. The magazine used for this shotgun is a dual tube, meaning you end up with a slightly more bulky gun, but a much more impressive capacity.

The KSG-25 carries two types of ammo, 3 inches, and 2-3/4 inches. Which ammo size you used will actually affect how many you can carry.

Because the magazine is a dual belt and the way it is orientated in the gun, the bigger rounds take up more of the very limited room.

Which size you choose is up to you, I would recommend the 3-inch tho. 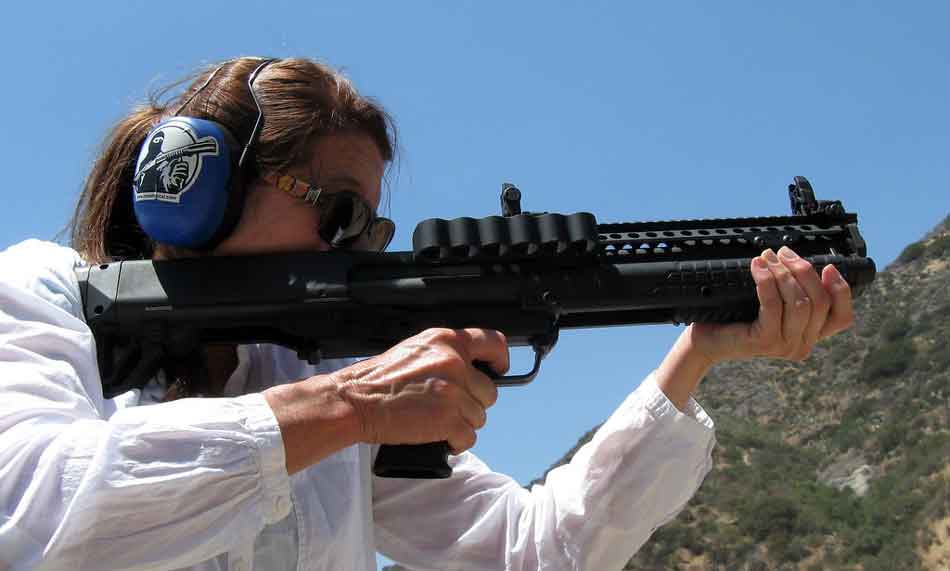 If the KSG-25 isn’t quite what you are looking for, there are some interesting alternatives on the market. All of these shotguns are high-caliber high-capacity absolute powerhouses for a weapon.

Any of them would serve you well, again they are all designed with defense in mind. But, you could use them for hunting I suppose. It might be considered cheating by your hunting partner, though. Here are 4 great alternatives to the Kel-Tec KSG-25:

So, hopefully, you have learned a little more about the Kel-Tec KSG-25. It truly is a remarkable weapon, whether you are looking for capacity or not.

It’s powerful, accurate, easy to use, and certainly gets the job done. If you are looking for high capacity it wins out by a huge margin, unless you plan on using some kind of ungodly drum magazine.

The Kel-Tec has a great reputation for creating tactical weapons and equipment, with a lot of customizations available to you the consumer. Most of their tactical devices or equipment are compatible across the board, so you are getting your money’s worth when you pick up little extras here and there.

Which is good news when you need to shell out about $1400 for the gun itself. But, I think it’s worth it. The KSG-25 is a great shotgun.