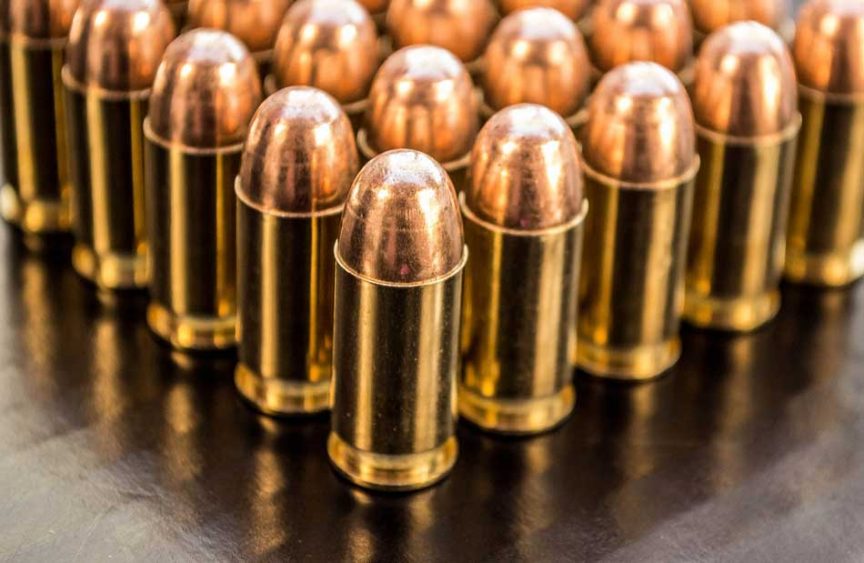 The 9mm is one of the most popular cartridges for handguns, if not THE most popular. It’s extensively used for self-defense as well as for law enforcement.

Most users default to 115-gr and 124-gr 9mm bullets, but there are heavier bullets. So what’s the highest grain 9mm bullet?

Please keep reading to find out how the different bullet grain affects the performance of the various rounds.

Bullet grain, also indicated as “GR,” refers to the weight of the bullet. It should not be confused with the cartridge’s weight, which refers to the whole ammunition’s weight, including the casing, primer, base, and all other parts of the round.

Nowadays, several manufacturers are producing 9mm rounds with different bullet grain and muzzle velocities. Below are some of the most common.

Based on the ammo reviewed, the highest muzzle velocity was 1312 fps, achieved by the 108 gr Norma Extreme cartridge.

Below are some of the heaviest 9mm rounds available.

The heaviest 9mm round is the 185 gr Seismic QuakeMaker +M. Considering that most 9mm rounds are usually 115 and 124 gr, this is quite massive.

Surprisingly, despite being 1.5 times heavier than the standard weight, it still achieves an 850 fps muzzle velocity. This performance can be attributed to the 9mm case designs. They are often made of stainless steel, which is lighter.

The case design also doesn’t limit the amount of gun powder the cartridges can hold.

Despite being heavy, the recoil is still manageable, and it shoots smoothly. Even though most 9mm rounds are light, this heavy bullet is worth a try if you specifically need the heaviest grain.

Accuracy tests also show that the 185 gr seismic is as effective as the other rounds, especially for short-range shots.

The Effects Of A Higher Grain Weight With 9mm Ammunition

9mm rounds are better with lower bullet grain since they often have a higher muzzle velocity, lower recoil, and are relatively more accurate.

There’s no definite way to determine the effects of increasing bullet grain, but most studies agree on some aspects. Generally, when you shoot a handgun, you’ll experience some recoil.

As a result, the muzzle will move slightly before the bullet leaves the barrel. Therefore, the bullet doesn’t always land where you intended. This recoil increases with bullet weight, lowering the point of impact.

Most of these rules apply when the muzzle velocity is constant.

Another effect of high bullet weight is the lowered muzzle velocity. Therefore, the bullet will take longer to reach the target when compared to lighter bullets. This also increases the chances of the bullet falling.

A lighter bullet travels faster, minimizing the time it takes to reach the target. Lighter bullets also maintain the projectile for a longer time.

One benefit of the higher grain bullets is they maintain momentum, causing more damage upon impact. Ballistic gel tests ended up with the 185 gr bullet penetrating the gel and falling on the other side.

To achieve better results with a higher grain bullet, you need to understand its effects. It’s more of a trial and error method. You can shoot a couple of groups and observe how far away from the target you’re shooting and adjust your aiming technique.

You also need to work on your grip. Maintaining a firm grip enables you to maintain accuracy regardless of the grain you’re dealing with. The same grip you hold for a 115 gr should be the same for a 185 gr bullet.

Most of the 9mm bullets are usually between 115 gr to124 gr. Generally, heavier bullets have lower muzzle velocity and a lower point of impact. But other factors can affect the accuracy and penetration of the round.

Overall, the 9mm is quite effective in US law enforcement.

People whose lives depend upon it tend to use bullet grains between 124 gr to 157 gr it seems.