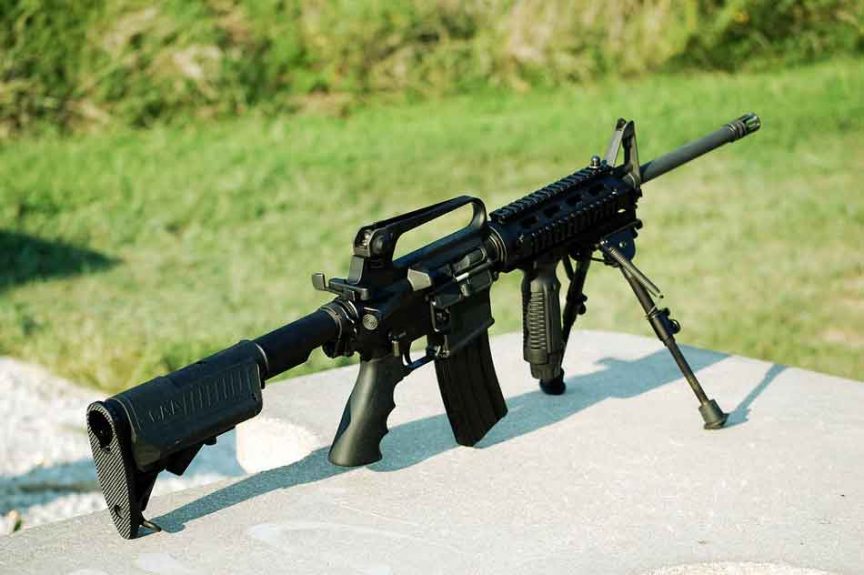 Along with the .223 Remington, the most popular chamber caliber for an AR 15 is the 5.56. Between these two they pretty much have the sporting rifle caliber contest sewn up.

With much talk of twist rates, and bullet grain talk may occasionally broach the subject of what may be the heaviest rounds they fire. But what is the heaviest grain 556 bullet?

The heaviest grain of 5.56x45mm ammunition is the Atomic Tactical Cycling Subsonic in 112 grain. These rounds are designed to tumble in flight to cause a maximum wound channel. They have a slow muzzle velocity at 1050 fps.

Most 5.56 bullet grains range from 40 gr to 112 gr. There isn’t much hype around the heavier bullets; that’s why you may not have heard of them.

And by the looks of things, we may even get a heavier one soon since manufacturers are always trying different reloading techniques. 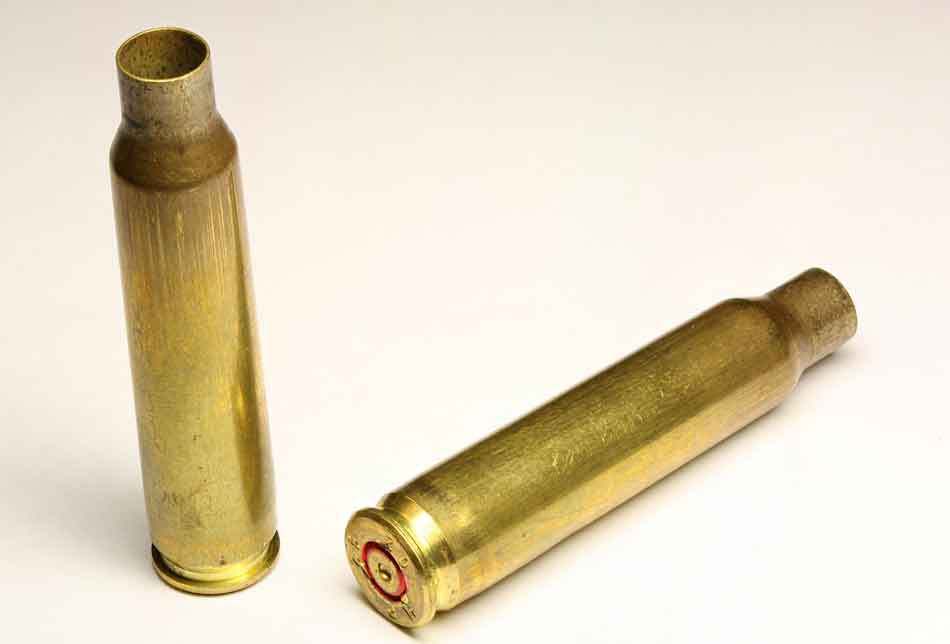 There are some rumors about heavier bullets, but most people often stop at 77, 80, or 85 gr.

Those grains are where most shooters don’t stop in terms of bullet weight.

You may already know this by now, but it’s still important to point out. Bullet grain (gr) refers to the weight of the bullet and not the whole cartridge.

Bullet grain plays a significant role in the performance of a bullet. But before we explain how that happens, let’s look at some of the commonly used 5.56 rounds, their bullet grain, and muzzle velocity.

The lightest bullet that most people are familiar with is the 50 gr. It has a 3275 fps muzzle velocity. This is also the highest muzzle velocity of all the rounds I’ve compiled.

Below are some of the heaviest 5.56 bullets.

Several heavier bullets have been rolled out in the past two decades. Currently, the heaviest round is the 112 gr Atomic Ammunition Tactical Cycling Subsonic Ammo.

It’s slightly longer than the regular 5.56 round, and the rifle has to be customized for it. The gun also has to have a 1:7 twist rate to stabilize this bullet effectively.

It’s subsonic (less than sound’s speed) nature and high muzzle energy make it a perfect round for short-range tactical operations. Because of bullet tumble and the effects on precision, coupled with the low muzzle velocity, it’s for short range only.

But the rest of the ballistics performance is similar to the 9mm 115 gr FMJ bullet. Imagine all the damage you’d cause with a 5.56 112 gr bullet at 1050 fps and 275 foot-pounds muzzle energy.

The Effects Of A Higher Grain Weight With 5.56 Ammunition

It will take longer to reach the target and has a higher chance of falling due to gravity. The higher recoil causes the muzzle to flip.

The 112 gr can’t travel a long distance, but it will cause more damage in short-range shots. 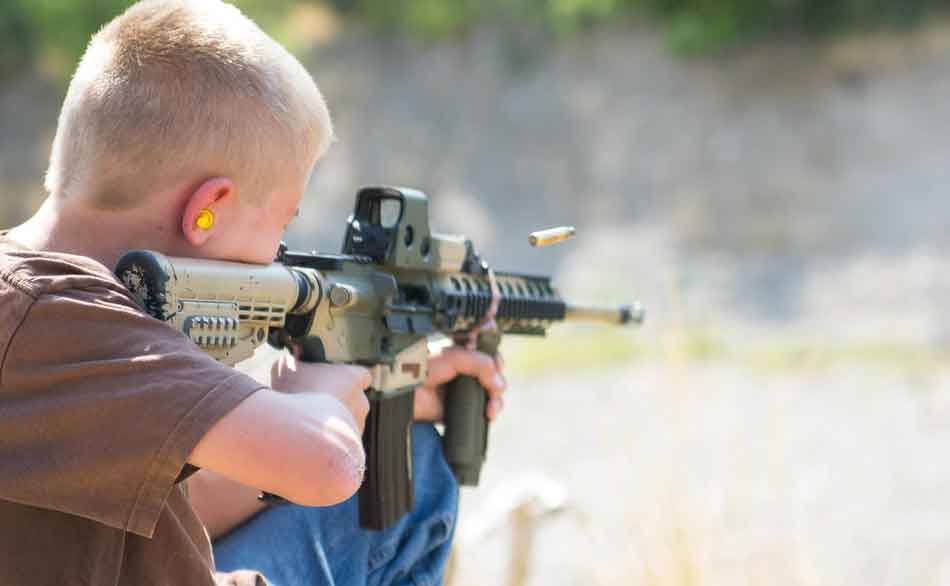 The 112 gr may be suitable for tactical operations because subsonic ammo has a lower noise level. But all 5.56 bullets are famous for their excellent stopping power.

When planning to increase the bullet grain, you also need to consider the twist rate. This is the rate at which a bullet spins in the barrel. A1:7 twist means the bullet spins once every 7 inches. 1:7 and 1:8 twists are ideal for heavier bullets. But if you have 1:10 and slower twists, the rifle may not effectively stabilize the bullet.

5.56 rifles are often designed for military operations and are packaged at higher pressures than the .223.

But a 5.56 designated rifle can comfortably fire the .223. But you can also look for a rifle designed to fire both. 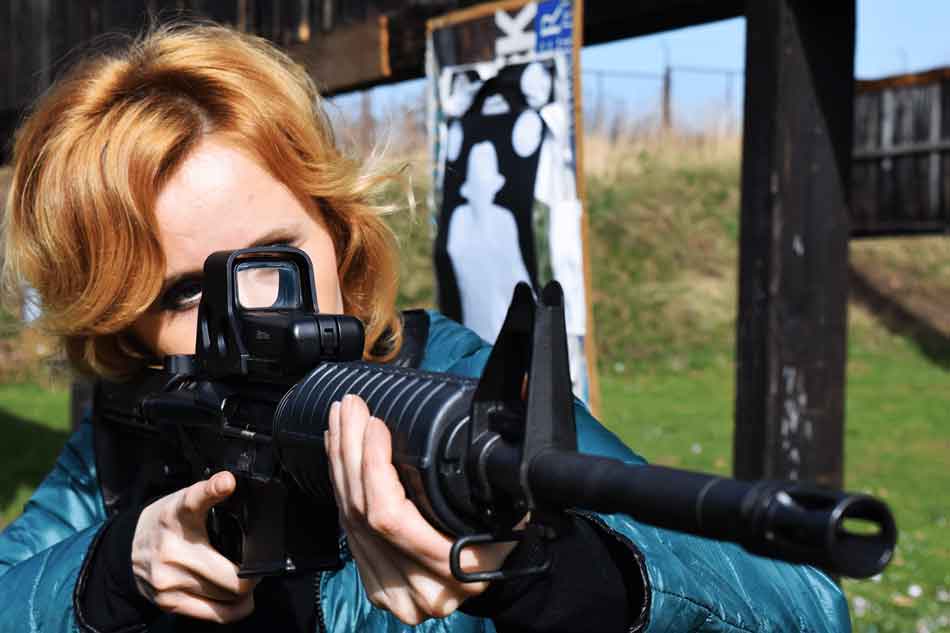 The 112 gr Atomic TCS is the heaviest 5.56 round by only a few grains of weight.

It’s a subsonic round that does well in tactical operations. But most users are used to the 55 gr, which is equally effective for both short-range and long-range shots.

Both of these rounds can achieve a 3000 fps muzzle velocity with most barrel lengths.

The FBI and local law enforcement are also known to use Lake City’s 55 gr 5.56 bullets and several other 62 gr and 64 gr rounds. They often have a wider variety to choose from than the military does.