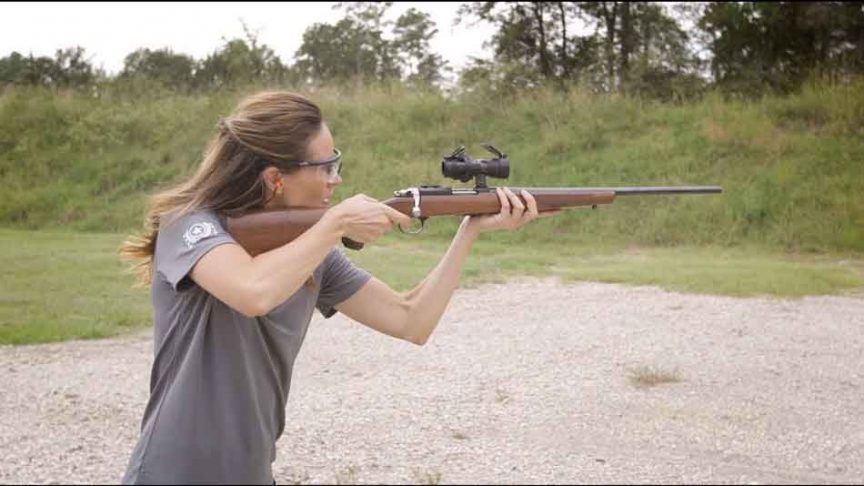 The 22lr is some of the most popular and versatile ammunition on the market. It’s has a good reputation for its power and range, and many consider the round a bit ‘lightweight’.

The Aguila SSS sniper subsonic ammunition is by far the heaviest 22lr round on the market for 22lr ammunition. It has a grain of around about 60, which is far higher than the closest alternatives.

Of course, the grain will vary slightly from round to round but 58-62 is about the norm. It isn’t uncommon for subsonic rounds to be substantially heavier than their standard counterparts because of their slightly different structure – but, we will get into that in detail further on in the article. 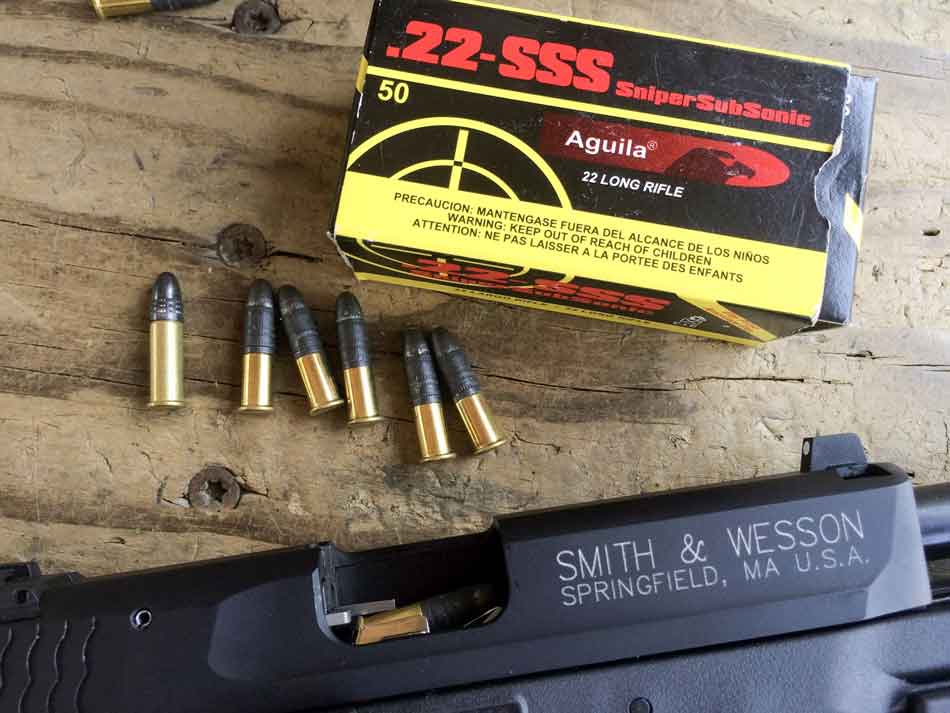 We will also have a look at what exactly the 22lr round is and how heavy you can expect them to be across the expected range. There are a lot of very heavy grain rounds on the market; the heaviest might not always be the right one for you.

A 22lr round is one of the oldest and most popular types of ammunition used by police forces and militaries the world over.

They are used by civilians too, of course, but looking at which rounds the military uses and then trying to emulate them is a good way to ensure you are using the very best. The US army doesn’t use anything but the best. 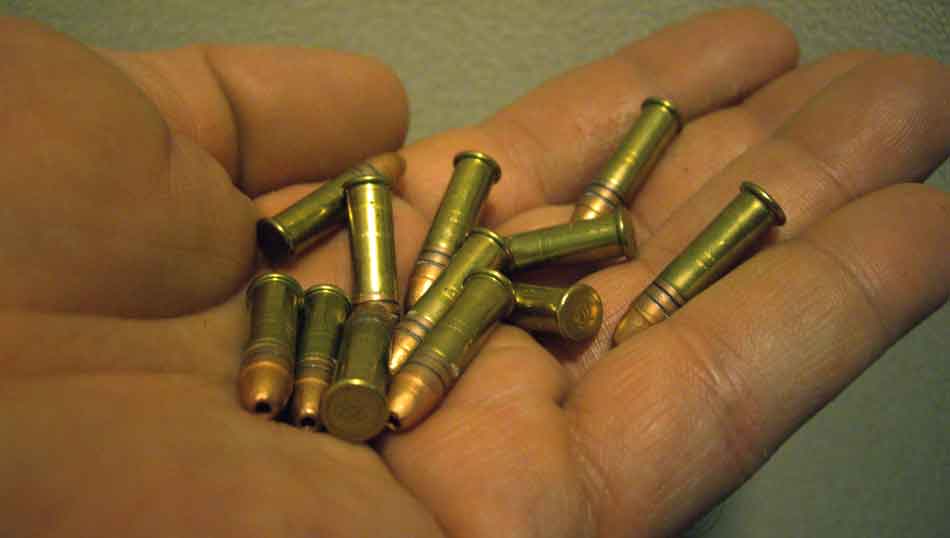 Snake shot is a very common type of long rifle round that you have likely used, or at least heard of if you are an avid hunter. 22 long rifle rounds are also named as such because they are 22 calibers, meaning they are compatible with any gun you own capable of using that caliber.

Again, they aren’t just used for rifles. 22lr rounds are most often using for hunting or target shooting, they aren’t used for self-defense quite as often. There aren’t very many reasons to use a subsonic round for self-defense, but the benefits of using them to hunt are immediately obvious when you get a good, solid, accurate and cheap form of ammunition.

What Is The Grain Of A 22lr Round?

A nice reason we use grain is that bullets don’t weigh very much, if we were to use ounces the numbers wouldn’t be as clear.

If I say to you a bullet is 30 grain you can immediately tell that it’s rather light. A bullet with 60 grain, like the Aguila SSS sniper subsonic ammunition, is very clearly a heavy round.

But when you compare their weights in ounces they are so similar that although you can see which is heavier it’s a little harder to internalize that information.

For 22lr ammunition, you can usually expect a grain of about 32-40. Which is on the higher end as 22 caliber bullets go but nothing extreme.

Medium grain 22lr rounds are great for plinking as they have enough weight behind them for a nice sound but are light enough to have decent accuracy. A very nice middle ground. 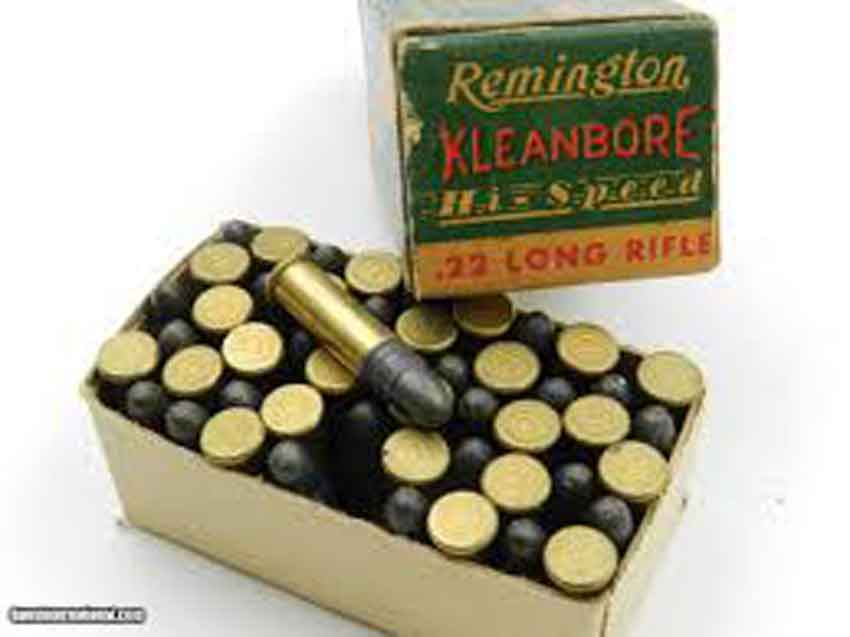 What Are The Heaviest Grain 22lr Round Available?

There are so many 22lr rounds available on the market at various weights and price points. If you are truly looking for weight, the heaviest grain, you won’t go far wrong with these different cartridges.

They are ordered by name, then their grain, and finally their feet per second velocity. Even though we are looking at grain specifically it’s still a good idea to consider the velocity. Weight isn’t everything. When the grain is identical, it’s a good idea to use the bullet velocity as a tiebreaker.

Below is a list of typical and popular makes of 22lr ammunition.

As you can see, the Aguila SSS sniper subsonic ammunition is by FAR the heaviest grain.

It is 50% heavier than the next highest grain ammo and packs one hell of a punch. The Aguila ammo has a very low velocity in part to its hefty weight, and in part, to the fact, it’s a subsonic round.

It has a lead flattened tip to stop the sonic boom which is the reason the bullet weighs so much in the first place. Lead is pretty dense.

What Effects Does A Heavier Round Have?

The most profound effect that bullet grain has is almost all to do with accuracy, the reason being that heavier bullets tend to have more power coming out the barrel, and ergo have more recoil.

Learning to adjust to the recoil is pretty easy, it will only take a few magazines worth to get your muscle memory kicked into action.

Another effect that weight has is bullet drops, heavier bullets tend to drop sooner and faster than their lighter counterparts. That’s mostly thanks to gravity, of course. 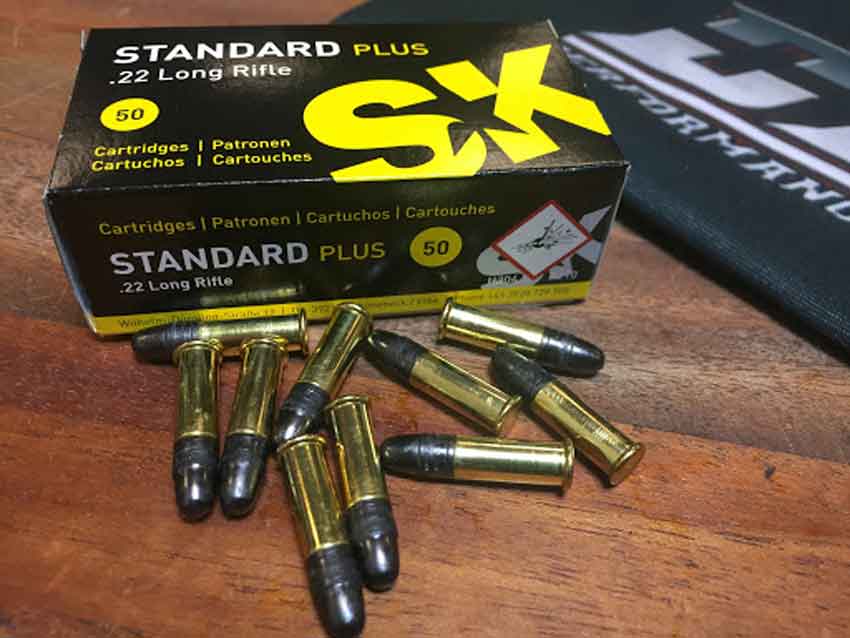 Hopefully, this article has not only helped you understand a little bit more about what the 22lr round is but what it is for and why its weight is important. The heavier the grain, the power, and lower velocity you can expect to get.

The heaviest round is by the Aguila SSS sniper subsonic ammunition, it may not have the best velocity but it gets its job done VERY well.

Whatever 22lr round you decide to go with, I wish you the best of luck.