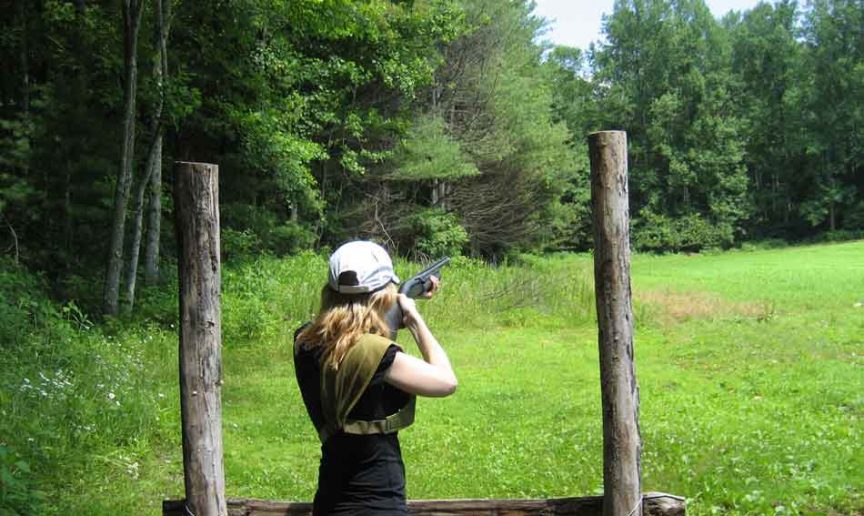 When looking at sports that involve a shotgun, many will cross your research, skeet, trap, or clay pigeon shooting. You will maybe have come across the term ‘Sporting Clays’.

So, what are sporting clays?

Sporting clays is a category of clay pigeon shooting. A shooter moves between 10 or 15 shooting stations that are designed to replicate the experience of hunting pheasants or another quarry. Each shooting station has hidden throwers for the clays and the shooter can be given a variety of different targets to replicate that unpredictability by offering random speeds, trajectories, angles, distances, directions, and target sizes. The sport is designed to be as close to hunting as is possible for a field shotgun sport.

How Is It Different From Skeet, Trap, Or Clay Pigeon Shooting?

There are many different styles of shotgun sports and they vary a bit so how do sporting clays fit into the terminology. 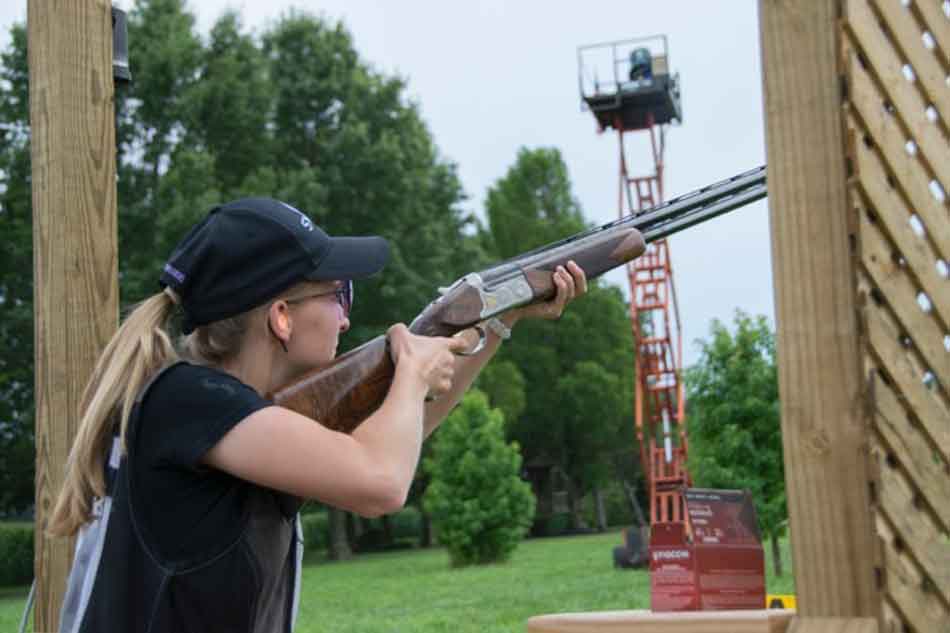 Clay pigeon shooting – This is the umbrella term that describes shooting a shotgun at specified targets known as clays, clay pigeons or clay targets. Also known simply as clay shooting.

Skeet shooting – This is both recreational and competitive to the Olympic level. A shooter will use a shotgun at a specified stand to hit two targets, or clays, where the throwers are putting the clays on a known flight path. Each shooter that arrives at a station will receive the same situation presented to them as the last.

Trap shooting (trapshooting) – Clays are thrown from ‘traps’, in either single or doubles, with the clays generally on a flight path away from the shooter. Varying levels of pitch, elevation and angles are permitted.

The History Of Sporting Clays

The modern sport of clay pigeon shooting originally started in Britain in the early 20th century with clubs performing game shoots, and driving the game into the air. 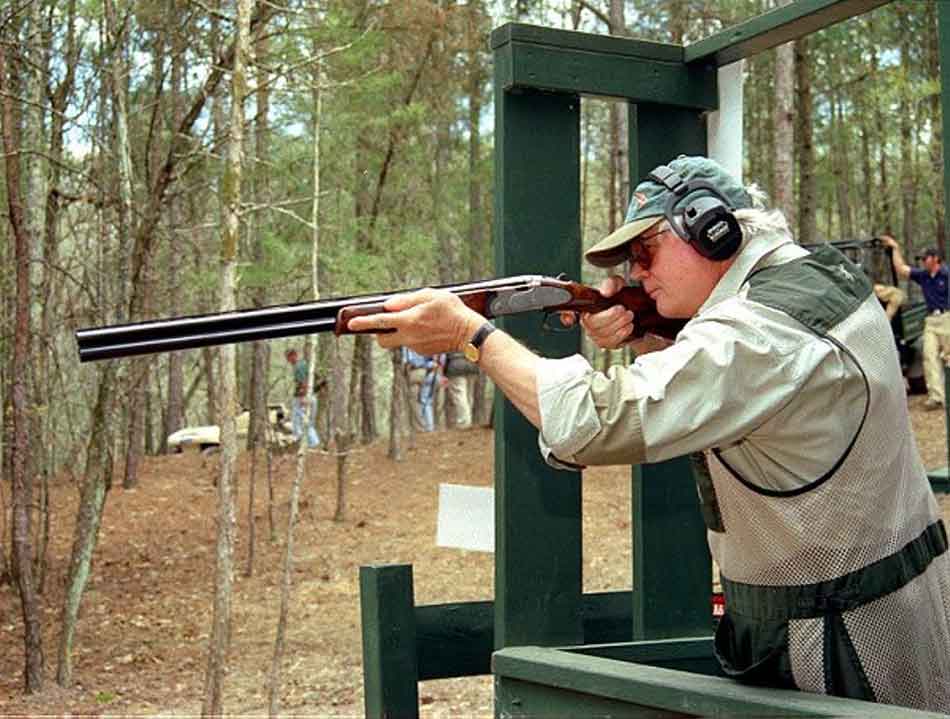 An American called Bob Brister first introduced the sport in mid-1980 with an article in ‘Field and Stream’ magazine’.  At the Remington’s Lordship Gun Club in Connecticut, the very first Sporting Clays shoot was undertaken just two months later.

Around 90 of the finest 12 gauge field shooter turned up, including executives from the NSSF.

As it started to get noticed, a competitive event was sought, and in 1982 it started.

Just 3 years later, in 1985, the United States Sporting Clays Association (USSCA) was formed in Texas, and a championship event was held.

Today it remains a popular and growing sport under the clay pigeon umbrella. Over 3 million people are said to enjoy the sport and it is suitable for a wide variety of ages and skill levels.

How Are Sporting Clays Played – Shooting A Round?

Of all the clay pigeon styles of shooting, sporting clays is as close to replicating a real shoot as you can get without using actual game. 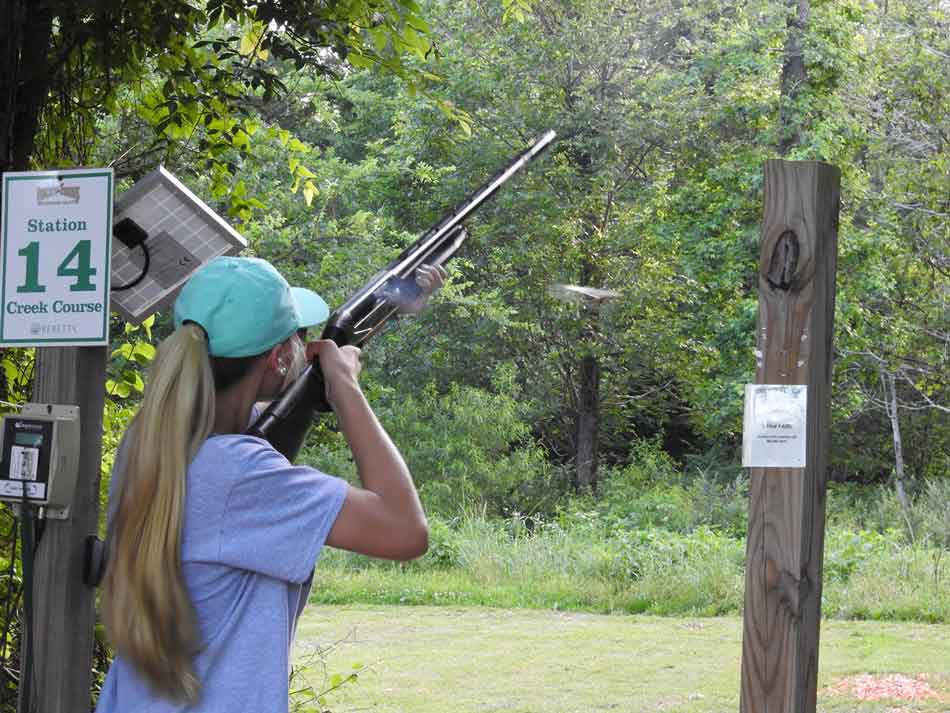 With skeet or trap shooting, fixed trap houses fire the clays along similar flight paths. The origin of the clay will likely be known, and standardized distances and angles are known.

By contrast, sporting clays are normally from stands within a woodland setting and the fired clays are designed to replicate a variety of animals such as pheasants, ducks, and ground animals like rabbits or hares.

Sporting clays is available all year round rather than a specific ‘season’ so is popular with those who want to replicate a real-world sport.

Clays will be fired from any origin and have a variety of different angles, pitches, speeds and trajectories.

Additionally, they use different sizes of clays so as to simulate the difference between small birds and large slow game.

This is all designed so that a shooter experiences the unpredictability of a real-world game shoot.

Ranges at clubs are different, but typically a club will between 10 to 15 shooting stations with different backgrounds from tight woodland to open wilderness. The designer of the course can place a variety of clay pigeon throwers, all hidden from the shooter.

From the shooter’s perspective at the station, they have no idea where and what the station will provide them to shoot at. They may get a large clay fast and low across the ground to simulate a rabbit or a normal sized clay that starts low and goes high to simulate a startled pigeon.

There can even be throwers well above ground level, hidden in the trees. The clay can actually start high, unlike skeet and trap which are fired from ground level. The distance can also be well beyond standard clays to give a more difficult shot. 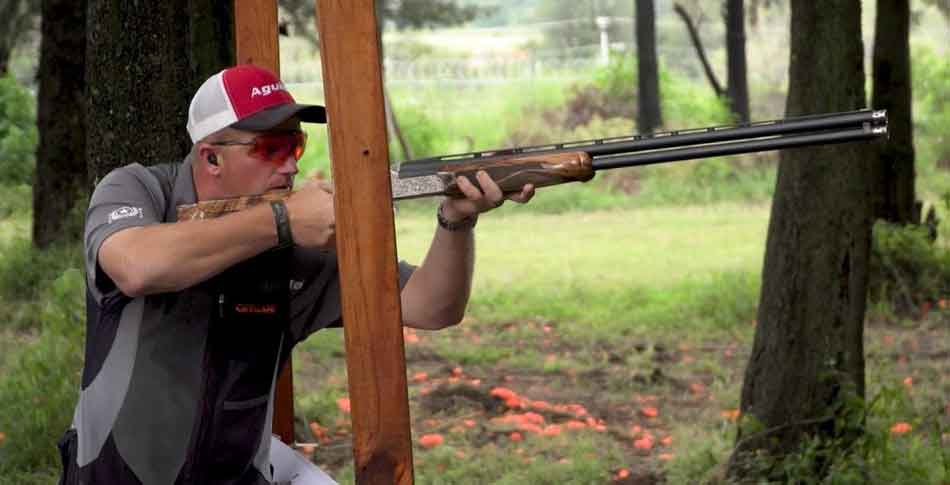 To complicate matters further, the shooter does not know if one or two clays will be fired.

In essence, the possibility of how the clays are presented to the shooter is highly variable, which is typically only limited by safety considerations and imagination. To prevent shooters from getting used to a ‘station’ the firing positions are regularly changed.

Typically a 12 gauge shotgun is used to regulate the sporting nature, but you can use a 20 gauge if you wish.

Over and under shotguns are better generally as the shooter doesn’t need to change eye relief and different chokes can be used. Many however use semi-autos so as it is recreational different clubs allow different things for the activity.

When you actually arrive at a shooting ground for a round of sporting clays you will be in a squad of people and start at station 1. The instructor may fire off a few clays to familiarize everyone.

Everyone does so and then progresses to station 2, then 3, and so on. 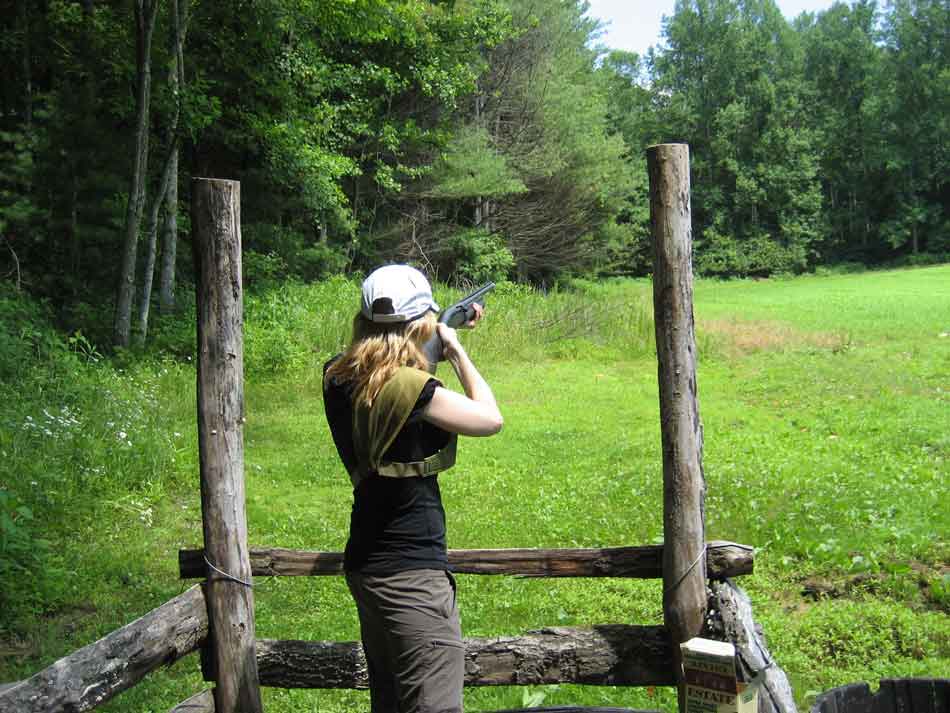 At the end of the last station, scores are then totted up and a ‘winner’ is announced but many shoot for personal best.

What Equipment Do You Need For Sporting Clays

The sport is popular with a huge variety of people.  Those who like field and game shooting, or hunting are attracted to the sport, as are the occasional shooters who like the sociability and unpredictability of the sport.

You will obviously need to own (you can hire them at the ground) a shotgun capable of firing two shots at the clays. Typically a 12 gauge shotgun is used but different grounds have other requirements, maybe 20 gauge and semi-autos, along with pump actions.

The more it is in line with recreational shooting the more flexibility there tends to be at the ground.

Sensible forms of clothing are probably needed. You are carrying a shotgun through woodland so shorts, flip flops, or skirts don’t tend to be seen.

So comfortable, casual clothing suitable for the weather is fine, and a pair of comfortable outdoor footwear.

A vest if you continue the sport to hold handy things like shells, and other paraphernalia associated with the sport might be considered if you go more frequently.

Other than that, probably some ear protection which can be provided, and some basic firearm handling skills if you’ve never shot a shotgun before and you’re ready to go.

After a brief safety lecture of course.