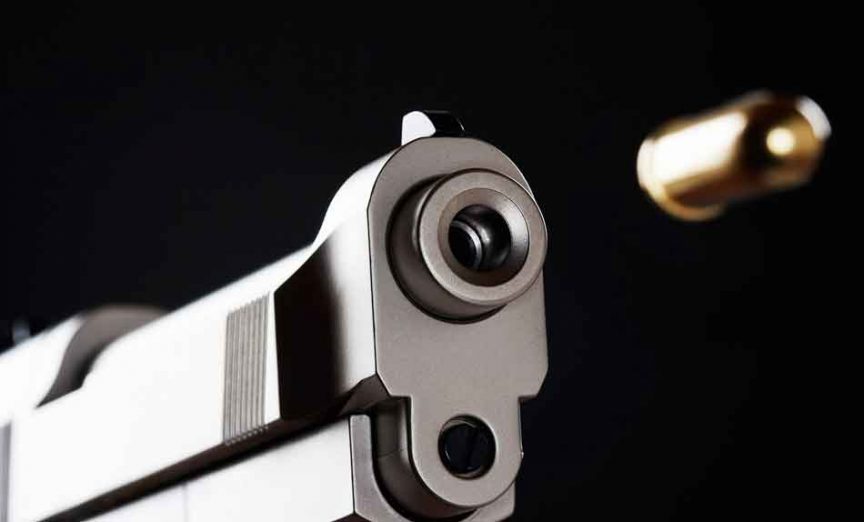 When learning to shoot there is a lot of information to process. The practical application of handing a firearm for safety needs to acquired.

During the learning process, you may hear many terms whereby it’s assumed you know what the term means, but sometimes you need clarification you understand terms correctly. So, what is muzzle velocity?

Muzzle velocity is the speed of a projectile the moment it leaves the barrel. It’s measured in fps (feet per second / ft/s) and is always the determining factor in the power of a gun. Many factors affect the muzzle velocity such as cartridge power, bullet grain, and barrel length.

Shooting whether as a sport or hunting requires a lot of different factors when trying to place a round on target, but the muzzle velocity is the start of the ballistics for every bullet. 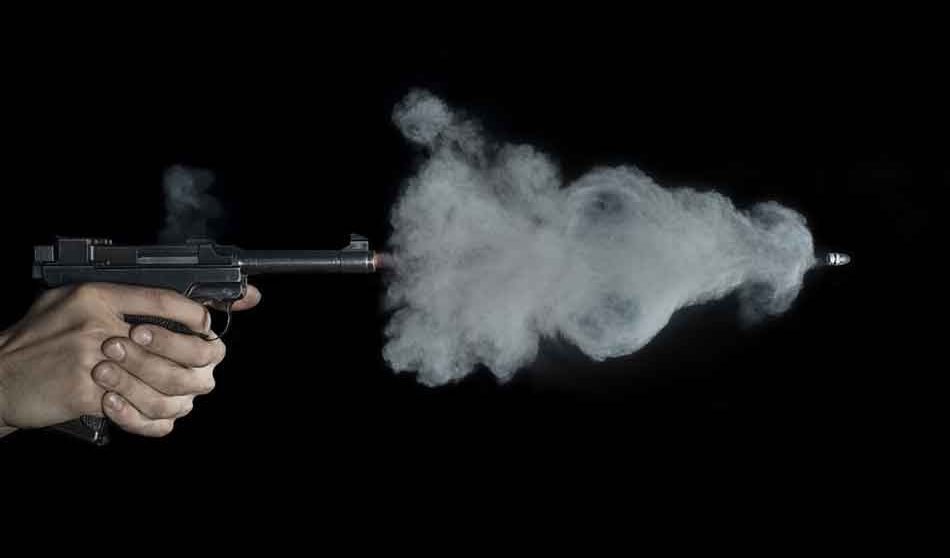 What Is Muzzle Velocity

The precise definition, we can leave to the dictionary which simple states;

The speed of a projectile, usually expressed in feet or meters per second, as it leaves the barrel of a gun.

That’s pretty simple, it doesn’t specify caliber or even the firearm, but just the speed of a bullet or round as it leaves a barrel.

Thus a pistol, a rifle, a shotgun, or a 5 inch naval gun has a muzzle velocity for a specific round.

It is also measured in a fixed distance over a specific time, such as feet per second, or even miles per hour.

If you look at your ammunition boxes and ballistics statistic sheets you will probably see indicated a value for muzzle velocity somewhere.

It is one of the statistics that concern gun owners, especially those interested in ballistic data.

Whether it’s hunting ammunition or self-defense ammunition, it is vital to check the muzzle velocity to identify if it’s suitable for your activities.

Higher muzzle velocities are always best for hunting and self defense since they allow the bullet to maintain a trajectory and hit the target with a lot of energy. 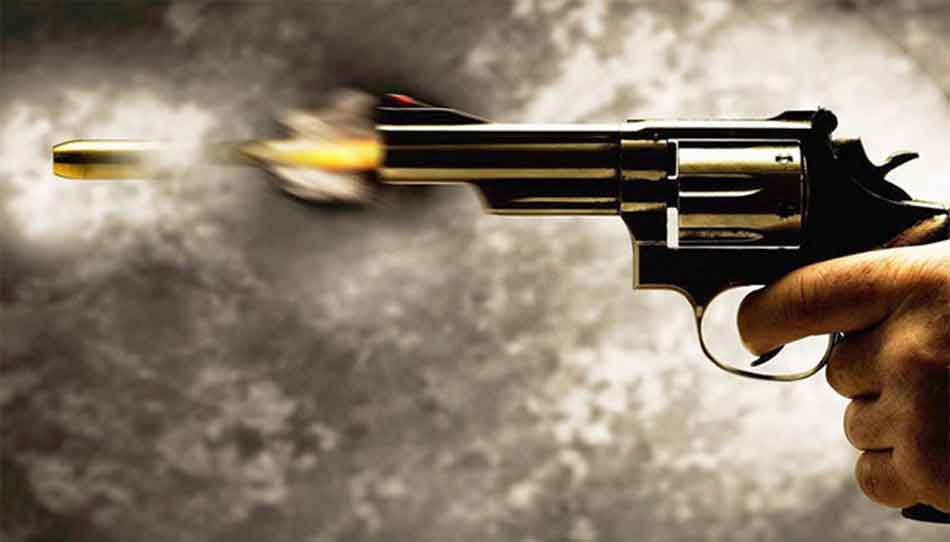 Three main components affect muzzle velocity directly, and they include:

The bullet weight means that a heavier grained bullet requires more force to move and accelerate as it leaves the barrel. A lighter grain attains higher speeds easier.

The quantity of propellant is obvious, and the army adage of ‘P for plenty’ means more propellant gives greater explosive force.

The barrel length matters as a firearm barrel is a closed system of sorts. When the cartridge fires the explosive force propels the round. The longer the barrel the more the force is directly behind the bullet, thus accelerating it for longer.

Each ammunition round contains four main components, which are propellant powder, primer, bullet, and case. When the ammunition is fired, the primer ignites the propellant.

When the propellant burns, it explodes in a controlled environment, which forces the bullet out through the barrel.

High-quality propellants have a faster energy explosion, which increases the muzzle velocity.

Additionally, as you put a bigger amount of propellent behind a round the higher the muzzle velocity. 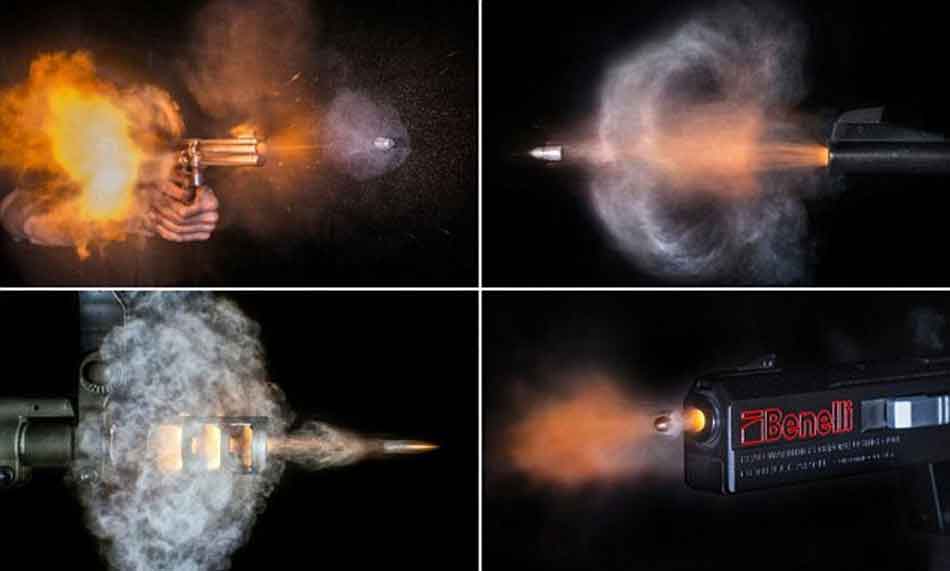 The force required to move heavy objects needs to be higher than in lighter rounds to force the round down the barrel.

Muzzle velocities of lighter bullets are faster than heavier bullets. For instance, 17 HMR rounds weigh 15 gr while 0.5 BMG rifles as massive as 750 gr.

While heavier bullets travel relatively slower, they are less affected by wind.

When the round is fired, the primer is ignited, which in turn ignites the propellant powder. The resulting explosion expels the bullet through the barrel.

Longer barrels in and firearm increase the period for the chamber pressure to act on the bullets hence increasing the muzzle velocity. Guns with less barrel length have less distance for the gas to work on the bullet.

Here is an important point. Although barrels with short barrels have lower muzzle velocity, they create less friction, which reduces the heat involved. 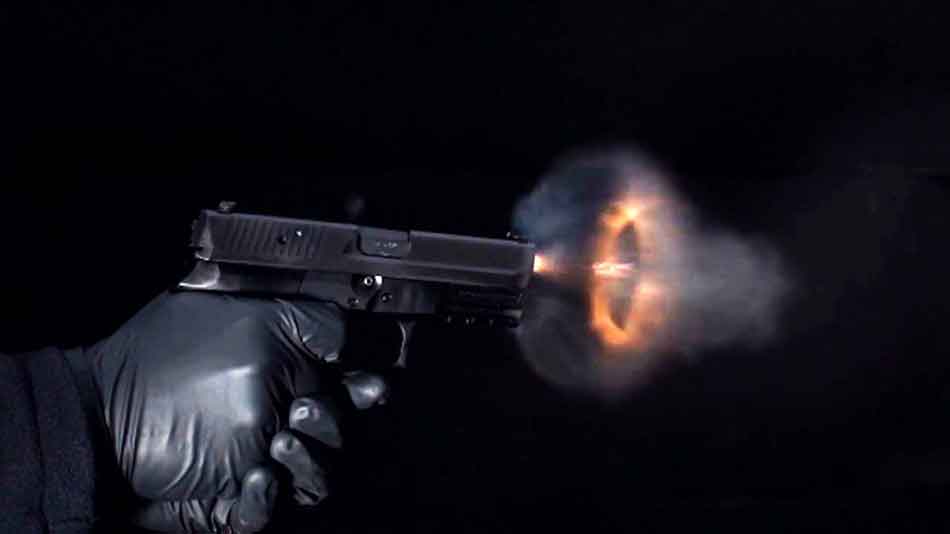 What Is Muzzle Velocity Measured In?

Muzzle velocity is stated in feet per second (fps or ft/s). European brands use meter per second (mps or m/s).

A projectile velocity is highest as it leaves the muzzle and drops as it encounters air resistance.

Muzzle velocity and energy are usually stamped on the ammo packaging. If you still need to know how to go about calculating the velocity, you are in the right place.

You can determine muzzle velocity by using the kinematics equation. You only need to know the acceleration of the bullet.

V is the muzzle velocity

V0 is the initial velocity

Using a chronograph is the best way to determine muzzle velocity.

If the acceleration value is not provided, then you can still derive the muzzle velocity formula from the relationship between force, mass, and pressure.

P= is the pressure

Luckily, you can quickly determine the speed of a projectile by using a muzzle velocity calculator.

You only need to enter the initial velocity, distance traveled, and acceleration of the bullet.

You can proceed to determine the kinetic energy of the bullet using muzzle velocity and bullet weight. Muzzle energy is the main comparative element. It is the determining factor of picking one load over the other.

There’s a good calculator over at shooterscalculater.com. 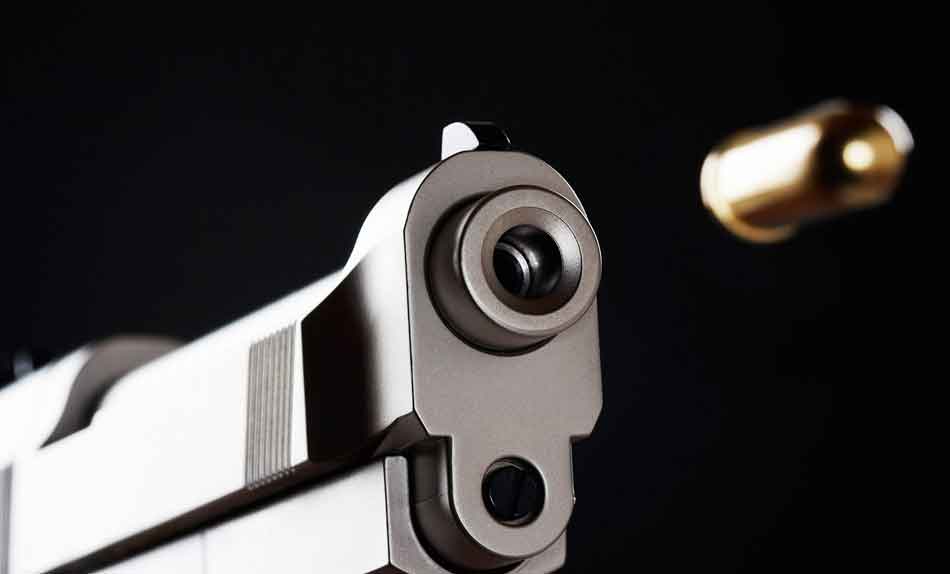 Muzzle energy measures the kinetic energy of a projectile as it leaves the barrel usually measured in foot-pounds.

Larger objects moving at a higher speed would have higher kinetic energy than a small slower object.

What Is The Muzzle Velocity Of A Typical 9mm?

As you can see, despite some different cartridges, the known dimensions and grains of the rounds produce a reasonably similar muzzle velocity for a 9mm.

It seems they vary between 950 to around 1150 fps, which is more than enough to do serious damage, even at range.

Signifies The Accuracy Of A Projectile

The longer the bullet travels before hitting the target, the more velocity it loses. Muzzle velocity is essential for hunters and people aiming for targets at long distances. 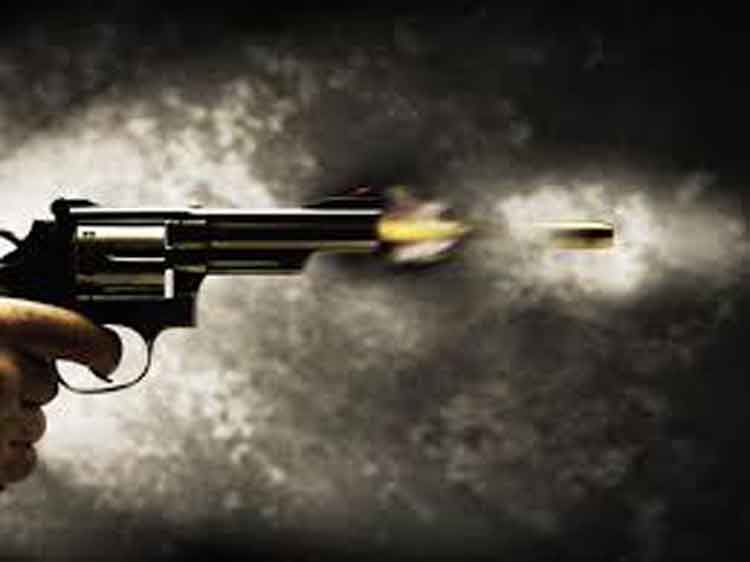 Muzzle velocity determines how a bullet maintains a projectile and its performance after impact.

A bullet with a high muzzle velocity will travel at a relatively straighter projectile. On the other hand, an object that is traveling at a slow rate will drop quickly. As a result, faster bullets tend to be more reliable for downrange shooting.

Muzzle velocity is the speed of the bullet as once it leaves the barrel.

Typically, a 9mm gun muzzle velocity ranges between 950 and 1150 fps depending on the bullet load and grain of the round. Also, the barrel length and quality of the propellant significantly affects the speed of the bullet.

This translates to better range performance, which means that the bullet will penetrate deeper and expand larger at distance.

If you are long-distance hunters and long instance rifle competitor, muzzle velocity will definitely be a major concern.