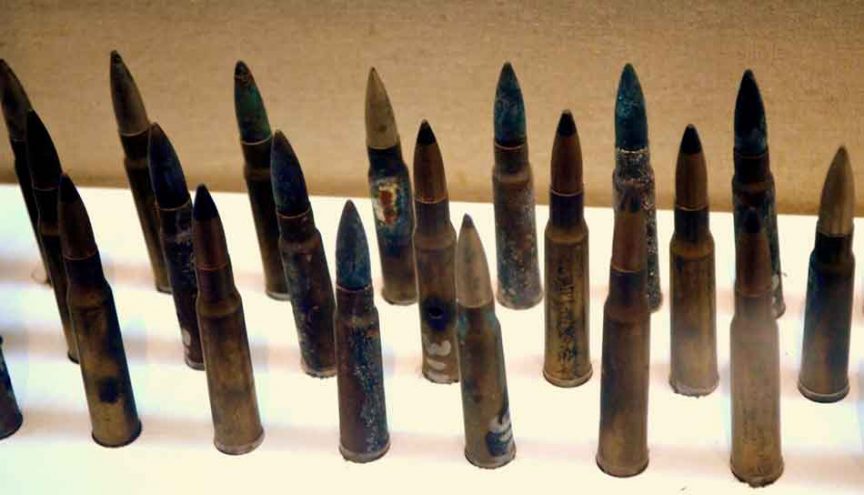 Anybody involved in the shooting sports would be hard pressed to deny that there is a vast array to choose from. Almost a bewildering array of choices awaits anyone purchasing a cartridge box.

Whilst it’s true that caliber is the figure that catches the eye, on the specs, there will be a ‘GR’ followed by a number. The GR stands for grain and is a term heard throughout the ranges.

If you are new to shooting though, it may not be a familiar term, so what is bullet grain?

The grain of a bullet is simply its weight. The grain is a unit of weight measurement and is defined as being equal to 0.0648 grams. Thus with a 168 Grain .308 Winchester cartridge, the bullet will weigh 10.88 grams.

It is understandable the confusion though as grain in common usage would refer to a single seed of a food item, so there is plenty of scope (pun intended) for the confusion.

So why is bullet weight significant? And how does it affect the performance of a gun? Keep reading to find out. 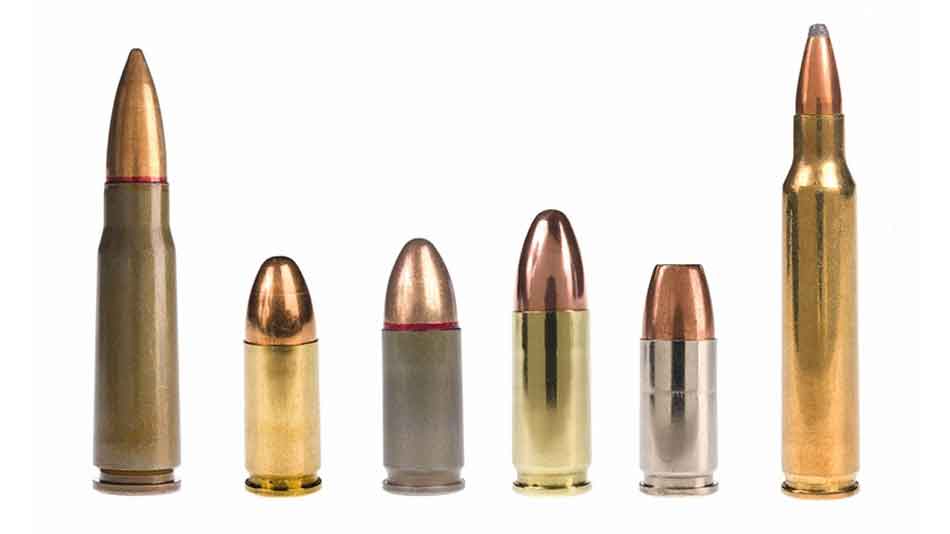 What Is Bullet Grain?

Let’s start by understanding what a grain means. A gran is a unit of weight measurement usually abbreviated as ‘GR’ or ‘GRs’ and preceded by a number.

If you couple this with muzzle velocity of, say 1200 fps, then the ammunition manufacturer is saying that every round you fire will be a 7.45 gram bullet projected at 1200 fps.

Bullet grain is one of the essential considerations when picking a suitable round for you. Note that a round that performs well in one rifle may not perform well in another. You can find the most suitable round for you and your firearm by a little experimentation and evaluating your needs.

Effect Of Bullet Weight On Shooting

Does the weight of the bullet affect bullet performance? Well, the weight has some effects on accuracy and recoil. Let’s explore what this means to the shooter.

Numerous factors affect recoil. It is, therefore, challenging to determine how weight solely impacts recoil. However, we can explore the relationship between recoil and bullet weight.

This is perceived as recoil.

Light bullets require higher speed and more gunpowder to attain equal power factor than heavier bullets. Therefore, the lighter bullet will spend less time in the barrel than a slow traveling heavier bullet, leading to a difference in perceived recoil.

The recoil of heavy bullets is vaunted for a more flat push while fast-moving light bullet tends to be snappier. Barrel length, shooter stance and grip, and gun weight and design also impact the perceived recoil.

As a result, it is difficult to determine which factor affects the recoil the most.

Some rifles are more accurate with a specific bullet weight.

The prudent thing to do is experiment with different rounds to determine the best round for your rifle.

As bullet grain affects the speed of the round going down the barrel (heavier bullets are harder to move) the designed rifling can have less of an effect on a bullet moving too fast if it is too light.

Heavy bullets are less affected by wind and other external conditions. However, stabilizing the bullet can also be challenging. It leads to keyholing or causes the bullet to penetrate the target sideways.

Bullets that are too heavy do not have enough velocity to maintain stability over a set distance. The most suitable bullet weight for maximum accuracy must also factor in twist rate and the barrel length, among other considerations.

How do you choose an ideal bullet size and weight?

There are various choices of grain size for each caliber of ammunition. The options are even greater if you are handloading your ammunition.

Ensure you understand the available options for your ammo caliber before you make a purchase.

Essentially, you should decide what you are shooting for before you choose a specific size of ammunition. Rounds for hunting are different from those used in shooting range.

The choice of an ideal cartridge depends on the intended use. Below are common uses and essential factors to consider for each.

A larger grain is generally better for any defense shooting and hunting.

Larger grain, heavier bullets have a better performance with penetration of the target.

If you want ammunition to perform exceptionally well inside a live target, jacketed hollow point ammo is your best bet. Full metal jackets ammunition is not the most suitable for this case.

The lighter jacketed hollow point is considered a much better choice than a heavier full metal jacket.

It damages more tissue and expands on impact. If there are varying grains of jacketed hollow point rounds, heavier ammo will be a much better choice.

When looking for a self-defense round, the top priority should be bullet expansion and penetration. This means the bullet weight is not the most significant concern.

Remember, the aim is to incapacitate the target.

The ammo should penetrate the target deep and hit vital organs and expand enough to stay inside the body and cause collateral damage.

Some people prefer heavy rounds for self-defense, with some brands boasting of an excellent track record. Some heavy bullets consistently perform better in ballistic testing because of numerous factors.

It is, therefore, unrealistic to depend on bullet weight alone.

For instance, while there are heavier and light rounds than Hornady Critical Duty 40 S&W 175 grains, the Federal Bureau of Investigation chose the round as its official ammunition.

The decision was influenced by a no-clog hollow point bullet, design, and power load features.

The point is that you should find a high-performance bullet in both real applications and testing. Some guns perform dismally with certain cartridges.

Just like in self-defense, a suitable hunting round should stop the target. The round should be powerful enough to penetrate the target’s vital organs. This means you must consider the shooting distance, terrain, size of the game, animal anatomy, and hunting area regulations.

A caliber that fits the hunting condition is a more important consideration than round weight alone.

No point in having great penetration power if the round does meet the required distance you need. This is where matching the bullet grain to the barrel manufacturers’ recommended requirements matters.

Too light a bullet weight and stability and accuracy in flight start s to be a problem. This isn’t great obviously, for a round designed for precision hunting.

Some grains are made specifically for the game you are hunting. For instance, The 180 grains Winchester Super X 308 is suitable for hunting boars and deer. 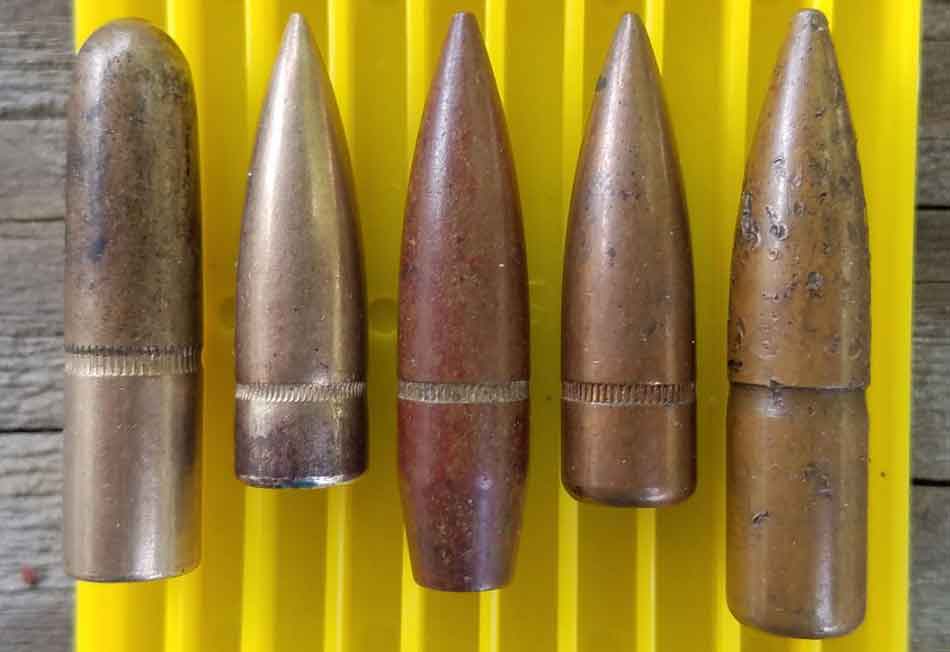 Many shooters rarely consider bullet weight during range training. They go for the cheapest and most affordable cartridges. If you want to plink at the range, the weight does not matter much.

An affordable round will do the trick.

If you are using the ammo for other uses besides range shooting, try the ammo in your weapon to ensure it performs well.

The power factor is a vital factor depending on competition division and venue.

During the competition, you will want ammo that has minimal recoil. Shooters with heavy race guns lean toward light bullets while those using more lightweight poly rifles prefer heavier bullets.

You should ensure the ammo meets the competition requirement.

Heavy bullets rotate slowly and have a generally slower velocity. Stabilizing these bullets is, therefore, more challenging than a faster and lighter shot. Although too fast will affect the rifling’s designed purpose.

The twist rate and barrel length should also influence the choice of your ammo. The twist rate should be higher in heavy bullets to counter the slower moving effect and help accuracy.

The exact projectile plays a vital role in the accuracy of a weapon during long-range shooting and competitions.

The bullet shape and aerodynamics, especially over long distances, are equally important. Most weapons prefer specific ammunition. The only way to know if your gun can shoot well is by shooting and testing various ammo types. 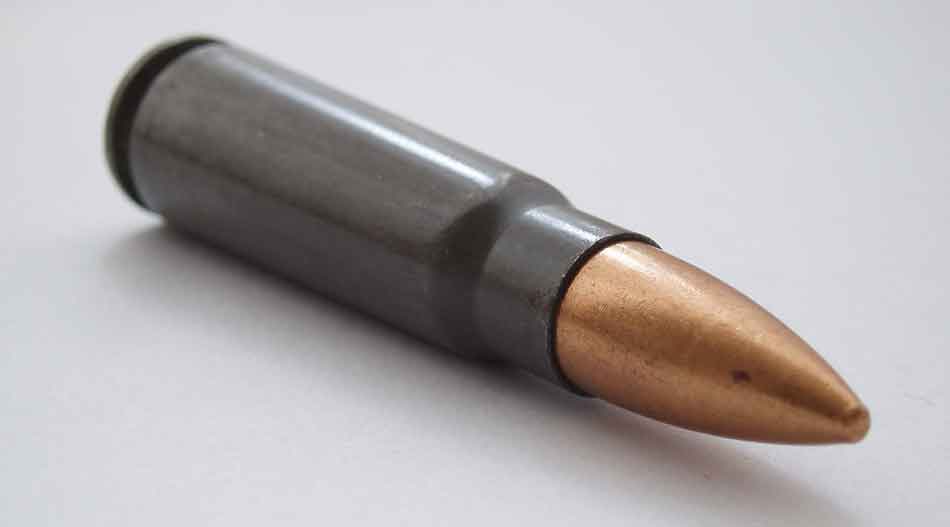 A popular misconception is that grain refers to the gunpowder.

Well, let’s unravel the confusion. Grains refer to the mass or weight of the projectile. It does not connote the amount of gunpowder in a cartridge.

Simply put, the grain weight of a cartridge does not refer to the weight of the gunpowder or the number of particles.

The confusion arises during cartridge manufacture and loading. The grain is used as a unit of measurement when loading ammunition with propellant. So referring to the propellant as grain is partially right.

Is the weight of the ammo vital?

Well, bullet weight affects how it flies and performance after hitting the target. Mass is part of the momentum equation, along with velocity.

Is the bullet weight important? This is one of the most common questions among gun owners.

The straightforward answer is that bullet weight matter a lot. It significantly affects recoil and bullet accuracy.

You should familiarize yourself with the features of each grain weight. Note that the importance of the grain weight largely depends on how you use the rife and expected performance.

The bottom line is that you should choose an ideal bullet weight for your caliber and understand how to use them, which is best done with trial and error on the range. Get some different bullet weights and find out.