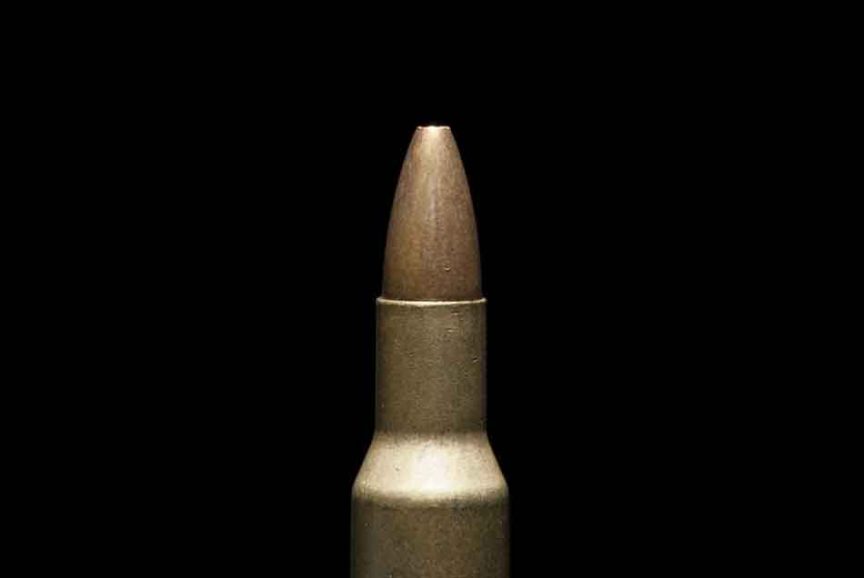 Jacketed ammunition, JHP, and FMJ are some of the terms you’ll come across at shooting ranges and target shooting competitions. But do you know what they mean, and if not, what is a jacketed bullet?

A jacketed bullet is a bullet with a metal casing (jacket) covering the lead core. It may be covering the whole core or part of it. The jackets are often made of copper alloys or steel.

Please keep reading to find out how this invention came about and what these bullets are best used for.

What Does Jacketed Ammunition Mean?

Jacketed ammunition refers to ammunition that has an extra cover (jacket) on the lead core. 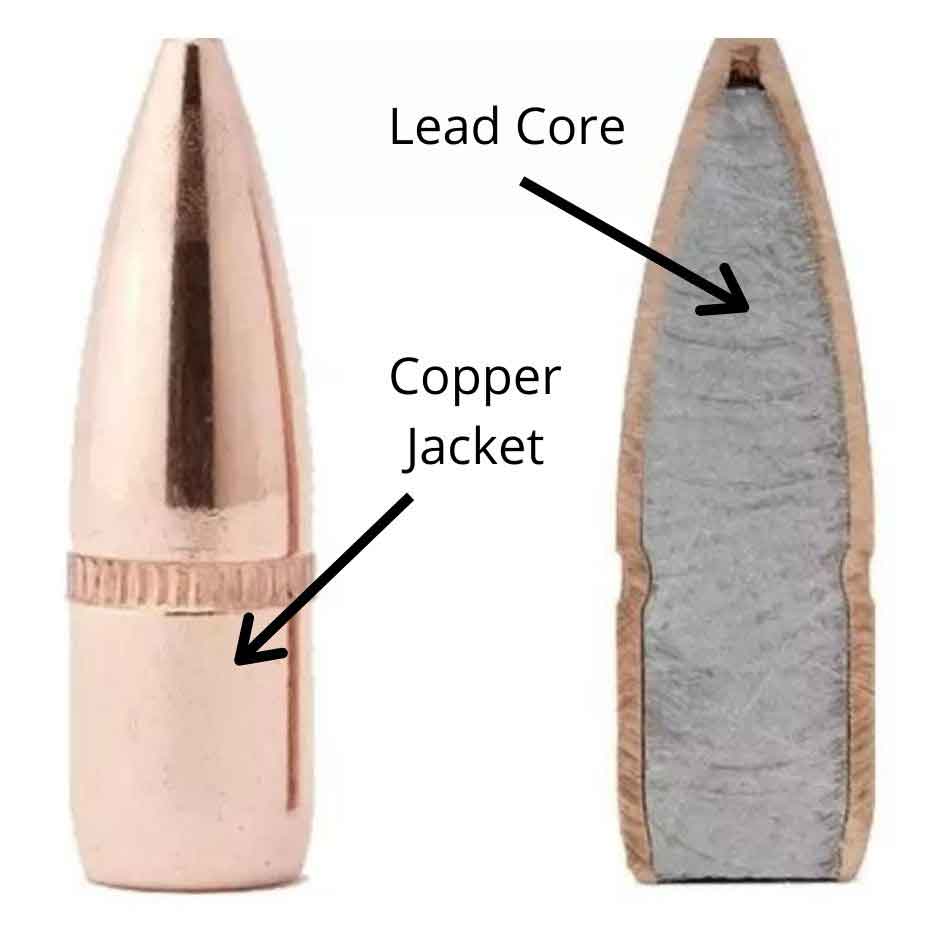 This jacket can be made from copper, copper alloys, aluminum, or steel. Nowadays, most of the ammunition has a steel jacket since it’s cheaper.

The use of metal jackets became mandatory during the transition from black powder to smokeless powder. Initially, the black powder had modest velocities and temperatures which lead could handle.

Higher velocity black powder cartridges were later developed, making it necessary to use metal jackets. On the other hand, Smokeless powder has very high velocities and temperatures, which can melt the lead core.

That’s why most of the cartridges with smokeless powder are jacketed.

There were also international treaties that required the military not to use expanding bullets. So the metal jackets were designed to minimize the expansion of the bullets, prevent their deformation, and even reduce fouling.

The most common term associated with jacketed ammunition is the Full Metal Jacket (FMJ). FMJ applies if the jacket covers the lead core completely. If it doesn’t, it’s referred to as semi-jacketed.

Jacketed Hollow Points (JHP) is another example of jacketed ammunition. 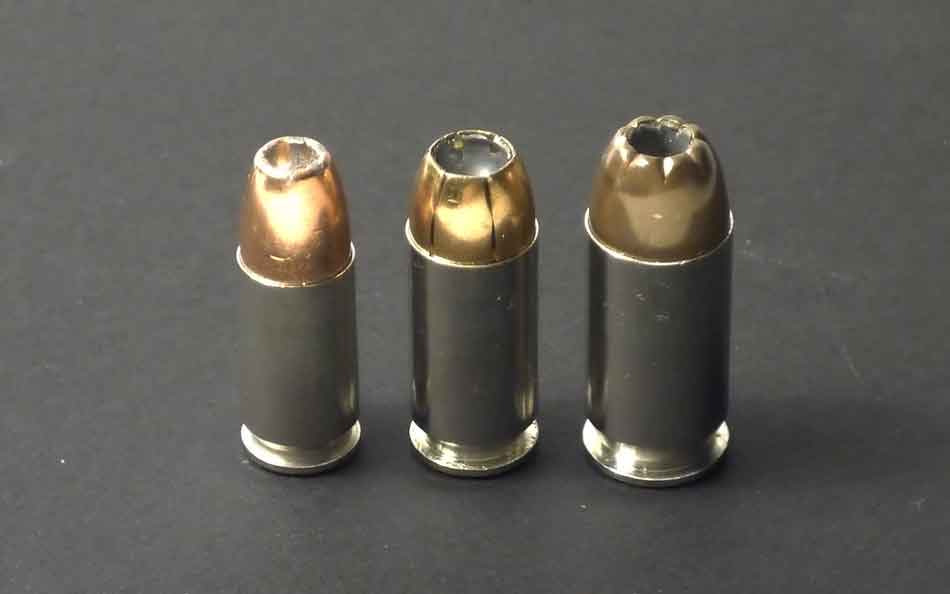 Why Do Shooters Use Jacketed Ammunition?

Below are some of the pros and cons of using jacketed ammunition.

One of the main benefits of jacketed ammunition is that it prevents fouling of the barrel.

When using regular bullets, once you fire the gun, a lot of lead is deposited in the barrel. This lead layers, lowering the accuracy of the rifle.

With jacketed bullets, less lead will be deposited, as the jacket doesn’t frictionally deposit metal.

Gas cutting, also known as flame cutting, is where high velocities and gases cut through a cylinder every time you fire a bullet. This often happens in revolvers, but it can take place in other firearms.

Even though the jacketed ammunition has a limited expansion, it’s very good at penetration. For military applications, this kind of penetration may be beneficial.

But in self-defense applications, a jacketed bullet can go through the target and injure bystanders or even people in the next room when shooting in enclosed areas. 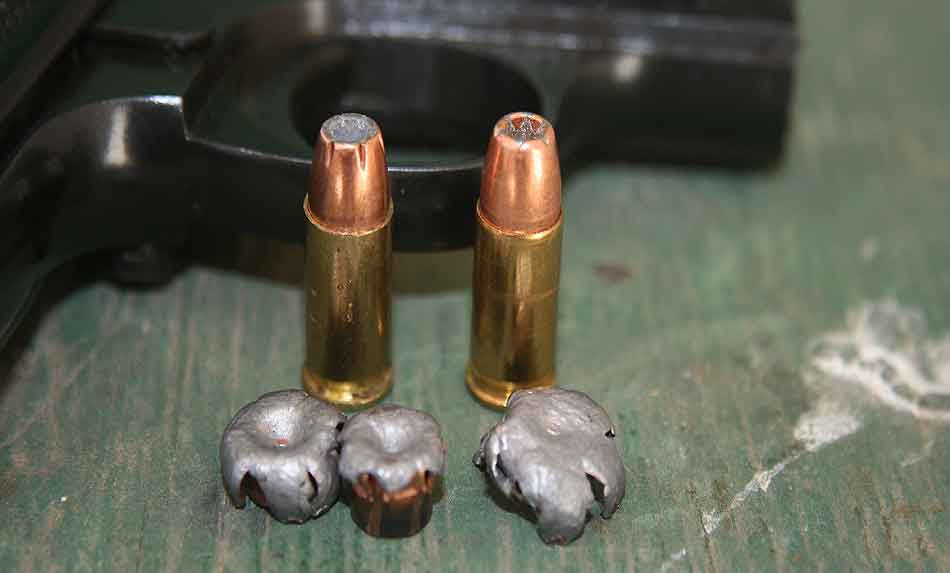 Nowadays, most rifles are designed to fire the jacketed ammunition. Therefore, jacketed bullets are often more accurate than regular bullets. But this often applies to rifles.

When dealing with handguns, the handgun will be the limiting factor in accuracy, not the bullet.

Factors like the barrel’s design, type of bullet, and type of load also play a significant role in determining the bullet’s accuracy.

Are Jacketed Bullets Bad For Your Gun?

Metal jackets enable firearms to fire fast and powerful bullets with minimal damage to the barrel. The lead build-up that occurs from lead bullets not only lowers accuracy, but it also raises the pressure to dangerous levels since the barrel size is minimized.

However, the jackets are made of steel, copper, and other metals harder than lead.

As a result, the bullet is “forced” out of the barrel. This eventually speeds up the wear and tear of a gun. This may not be much of an issue in handguns since they often operate at lower pressures and velocities.

You can also fire lead bullets in handguns, especially those that were designed to fire these bullets. But make sure you clean the barrel regularly to prevent the lead build-up.

Both JHP and Full Metal Jackets (FMJ) are used in law enforcement. When on patrol, most police officers use hollow-points that are designed to expand rather than over-penetrate.

They have a higher chance of incapacitating the target without killing them. Even though they are powerful, hollow-points are also easier to control. However, JHPs are quite expensive, that’s why most civilian users may prefer the FMJ bullets.

The JHPs’ ability to expand is the reason even the military switched from FMJs to JHPs. But they do use FMJ for bulk shooting during training exercises.

FMJs were the most preferred bullets. But due to overpenetration, law enforcement officers are shifting to hollow-points.

Some shooting ranges also have some limitations on shooting jacketed ammunition, so check their regulations before bringing them with you.