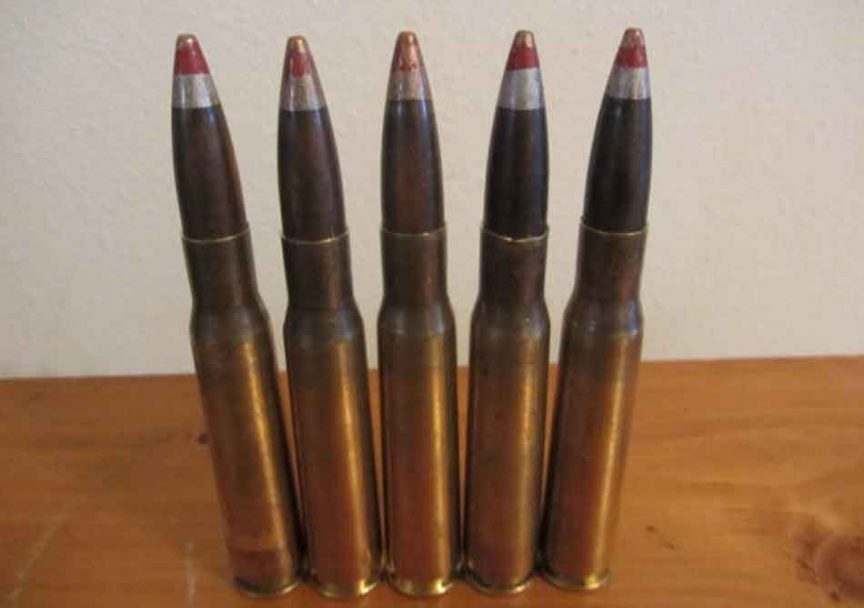 While most shoot the popular 9mm, with forays into 45 ACP and 22lr also being a common round, most shooters will have heard of the 50 calibers, as a round.

Googling around, you will come across the term 50 BMG in searches, and may wonder is they are the same. So, what is 50 BMG?

50 BMG stands for 50 Browning Machine Gun. It’s a large caliber round with a 12.7mm diameter most commonly used in machine guns and sniper rifles. It is used by the military and is commonly associated with the Barret sniper rifles for long range targets.

These terms 50 cal and 50 BMG are often used interchangeably, but you need to understand their origin before naming them incorrectly. 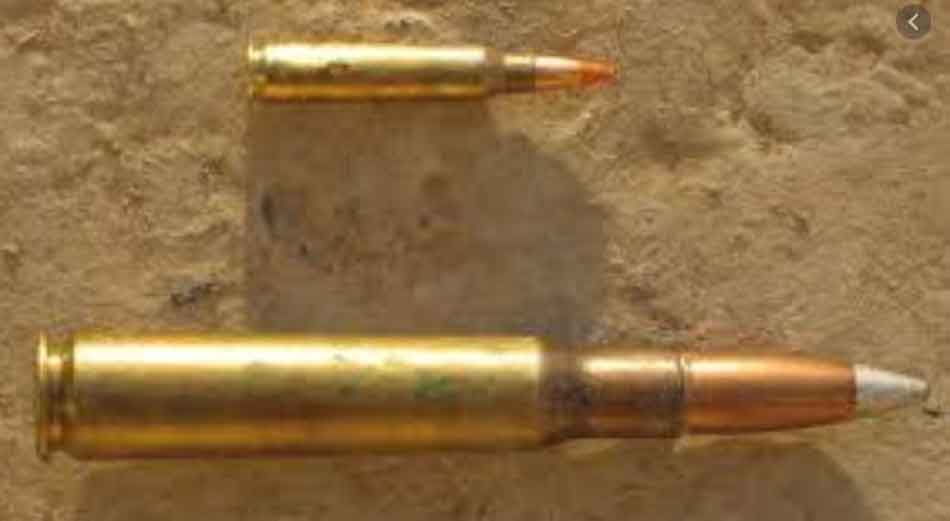 The 50 BMG also has some variants, including tracer, armor-piercing and regular Ball.

The 50 Browning Machine Gun (BMG) is a 50 caliber round developed for machine guns. The cartridge is also used in anti-materiel (designed for use against military equipment) and long-range target rifles.

The trajectory has less drift, thanks to the high ballistic coefficient, has a twist rate of 1 in 15 inches (380 mm) due to the power and is effective up to a range of around 2000 yards.

The 50 BMG cartridges use two non-compatible and distinct links depending on the machine gun you plan to use. The pulls out designs are used in Browning M2 and M3 machine guns.

Some variants of 509 caliber rounds used in US military machine guns and M107 sniper rifles include M33 Ball, M17, and M8 armor-piercing.

Tracer M1 has a red tip and is used to signal, incendiary purposes, observe fire, and target designation. Incendiary M1 cartridge is used against flammable and unarmored targets.

Another type of Military .50 BMG cartridge is the armor-piercing incendiary (API), M8. The cartridge has a sliver tip and is used against flammable and armored targets.

Headlight M21 is designed to be more visible and used to observe fire in air-to-air combat.

Typically, 50 cal rounds have a 12.7 mm diameter (approximately half an inch).

50 caliber rounds are used in machine guns for anti-personnel, shooting down aircraft, and destroying vehicles. 50 BMG is no different.

The machine gun and anti-tank rounds were used in WW II in vehicle-mounted machine guns and aircraft machine guns. The US military no longer uses the 50 cal ammo and has embarked on using smaller rounds.

However, a host of other countries still use the round.

The Barret sniper rifle makes the 50 BMG top of the list long-distance rifles and sniper rounds. It’s the most versatile round, and only a handful of ammo can match the range of .50 BMG.

However, if you want ammo more powerful than 50 BMG, .500 magnum will tickle your fancy. It is considered the more powerful ammunition types in the world.

There are varieties of 50 BMG rounds. Below are the most common. 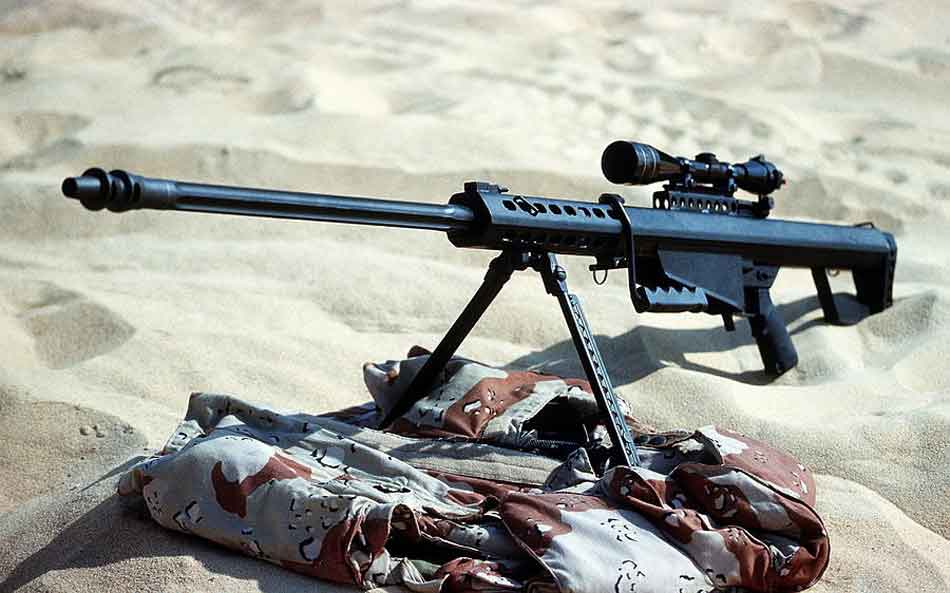 The US Coast Guard uses 50 BMG rifles to interdict armed helicopters and disable their outboard engines.

That should be a worry for criminals.

The bullet is endeared by law enforcement due to its effectiveness. It can disable a vehicle when aimed at the engine block. What’s more, BMG cartridge can breach barriers by penetrating concrete cinder blocks and commercial brick walls.

It also has no trouble with railway sleepers.

But that is not all. 50 BMG has been used a sniper round for years, including during the Korean war.

In 1967, US Marine sniper Carlos Hathcock set the record for a long-distance kill during the Vietnam War at 2090 meters. The snipers used an M2 Browning machine gun designed with a telescopic sight.

In 2017, a Canadian Sniper used McMillan TAC 50 to shoot an Islamic State insurgent in Iraq. He now holds the world record for the longest confirmed kill at 3540 meters.

In 2002, Rob Forlong, a Canadian army corporal, achieved the most extended range confirmed kill after shooting a Taliban combatant 2430 meters away during the Afghanistan war.

The previous record was held by a British sniper who shot 2475 meters in Afghanistan using a Lapua Magnum.

The US military also uses the round to detonate unexploded ordnance. Besides anti-material and Long-range sniping, the rifles can disable lightly armored and unarmored vehicles. 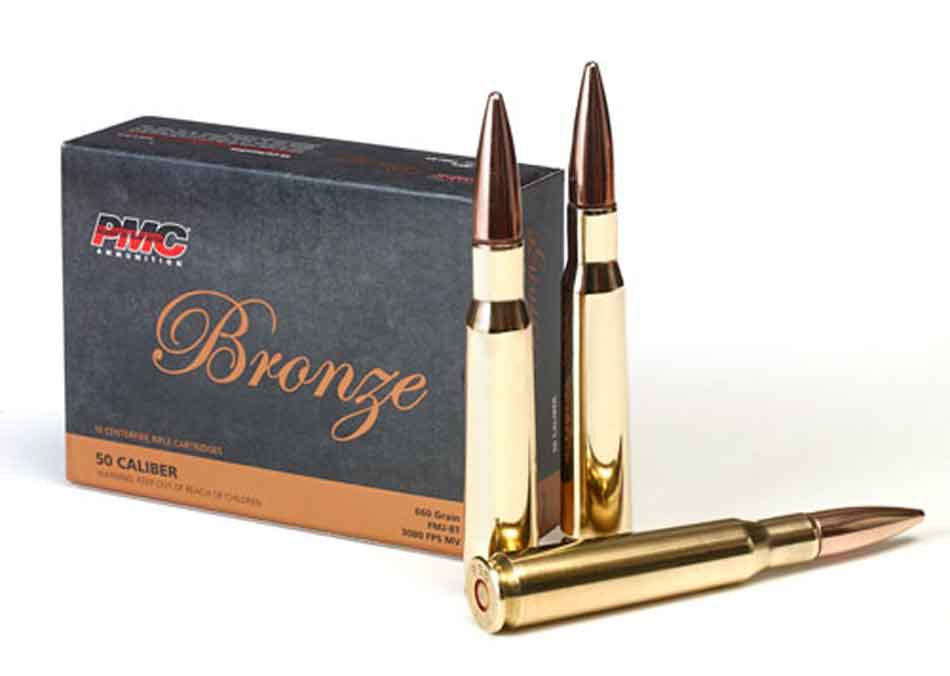 One interesting round I came across is the 50 Cal spotter. It has a distinct yellow tip. It is so lethal that it can penetrate a three-layered bulletproof glass. It leaves about 2-inch wide hole.

The 50 BMG is still a lethal caliber whatever its current use.

A regular full jacket will also go through bulletproof glass, but it makes a relatively smaller hole, one inch in diameter. The bullet is popularly used in combat.

However, it can still be purchased by civilians as some States allow the 50 calibers as a weapon choice, so if you fancy a target shot at over 2000 yards, then the 50 BMG is a good choice.