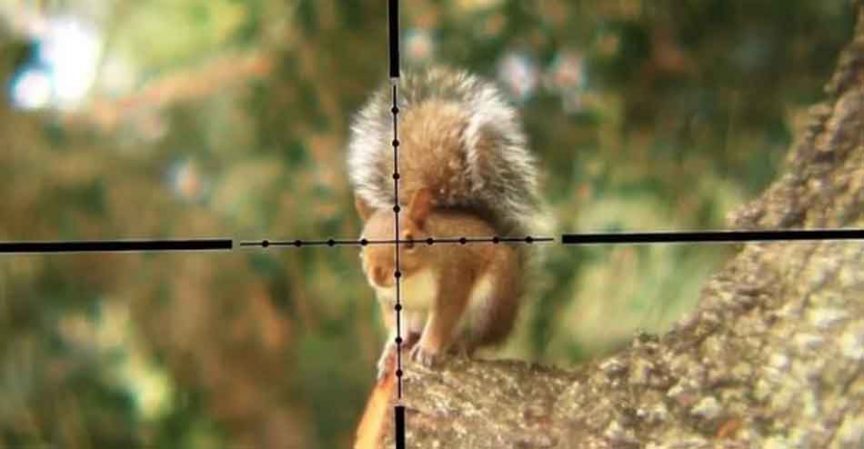 The 22lr is a popular round, especially as they are very inexpensive. They tend to have a reputation of being less effective than most calibers.

So, for those who either like to hunt or the need to keep vermin at bay, it brings on an interesting question, what exactly can you hunt with a 22lr?

With a 22lr you can hunt most game, although small game such as possums, raccoons, rabbits and boars are normally used. While possessing less stopping power than more powerful calibers, it still has penetrating power up to 400 yards which is likely more a longer distance than can be effectively aimed. After 100 yards with a 22lr the problem is more about accurate aiming than stopping power and lethality.

Any small game is going to be easy enough for you to handle with 22lr simply because of its powerful and relatively accurate nature at up to 100 yards.

You can take down bigger targets with high-velocity rounds, whitetail, boar, you get the idea. You can even go small – snake shot will help you get anything from snakes to squirrels.

Since there are so many variations of 22lr you can probably find something fine for hunting just about anything you would normally hunt. While it’s true that 22 long rifle rounds are often used in pistols, even for hunting.

They are perfectly suitable for many types of rifles with which most hunting takes place.

Hunting with 22lr ammunition is not only possible but can be recommended.

There are so many variations of this versatile ammo that you are bound to find something worth hunting. Chances are you will even find it easier to hunt with some specific 22lr rounds, especially the subsonic ones! 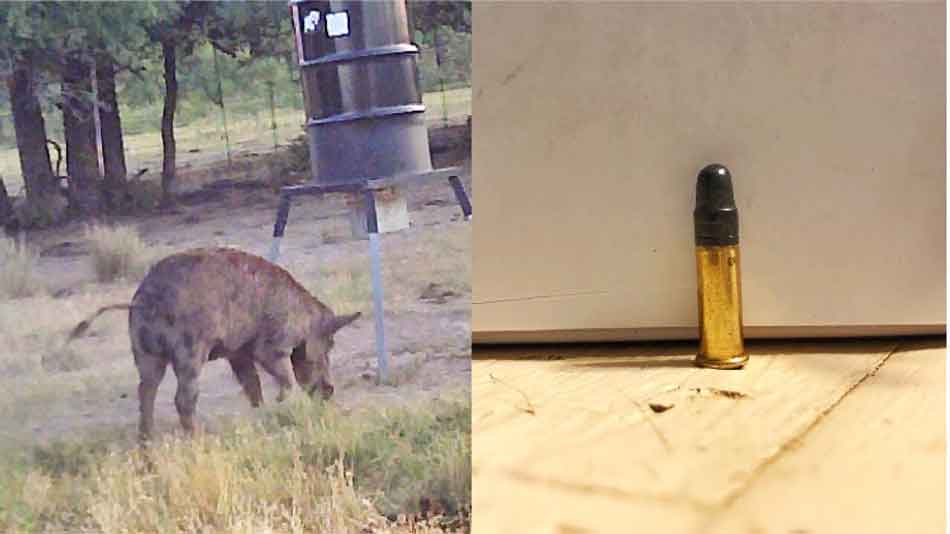 The Power And Range Of 22lr

The 22lr is a surprisingly powerful round given its size.

But when you consider just how old this round is, and how long it’s gone without seeing any major changes, you’ll understand just how serious of a bullet you’re working with.

The 22lr has a tremendous amount of power and range, certainly with respect to its more lightweight reputation. Depending on the exact round you choose to use, you might find that bullet drop is more or less nonexistent up to 100 yards.

After 100 yards it can vary greatly depending on the specific round (high velocity vs subsonic for example). 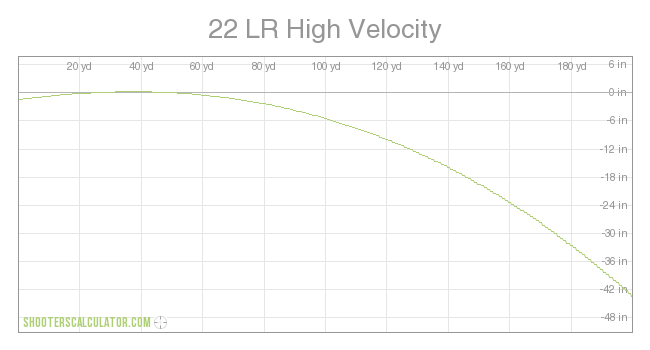 Looking at this graph you can clearly see that the bullet trajectory is relatively steady up to about 100 yards and then begins to steadily, then sharply, drop as you begin to reach and then surpass 200 yards.

100 yards is plenty of range to be able to hunt most animals.

If you are hunting with pistols, chances are the bullet drop is not an issue at all.

How accurate are you at 100 yards with a handgun?

Could you hit your stationary target down the range with no wind? Maybe. If you’re lucky. Could you hit a raccoon that’s walking around in a crosswind? I would be surprised.

In terms of stopping power, and more specifically lethality, you don’t need to worry.

The 22lr may lose its altitude at 100 yards but it doesn’t start to lose its stopping power until well after 200 yards.

You haven’t got a hope in hell of hitting your target with a handgun at 200 yards. 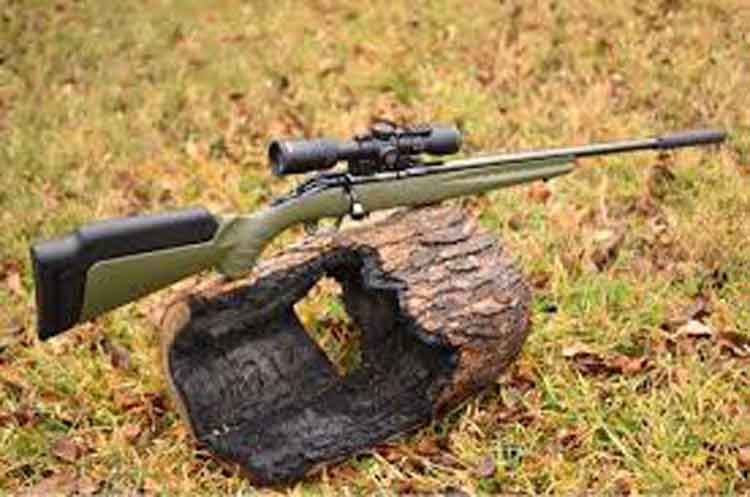 With a rifle, your odds improve but they honestly still aren’t great.

To put it simply, lethality is not a concern to you with the 22lr round. You are not going to be able to hit your target accurately anywhere close to the distance that you would even begin to noticeably lose stopping power.

It doesn’t matter how far you are shooting, you could be shooting off a mountain you’re going to start seeing almost vertical bullet drop at about 300 yards.

The following video nicely demonstrates that at distance, like over 200 yards the 22lr round is still pretty lethal even if accurately aiming is the bigger issue.

Yes, you can absolutely hunt with 22lr.

Most snake shot is actually 22lr would you believe it. Since it’s been nicknamed people tend to forget.

Most people are hoping to hunt something a little bigger.

Standard 22lr ammo can certainly be used to hunt small game such as rabbits and squirrels, your biggest problem here will be how accurately you can shoot rather than whether your bullet is going to let you down or not.

The most fun part of hunting, in my opinion, is hunting bigger game.

Deer, elk, etc. You certainly can hunt for these with 22lr but you are going to need to be a good shot. If you are a good marksman you’ll have no trouble at all.

You should be warned though, using rimfire rounds to hunt is illegal in some areas. You can face a pretty hefty fine or even imprisonment for doing so.

However, we are discussing the practicality of doing so not the legality or morality. So yes you can hunt just about anything with 22lr. 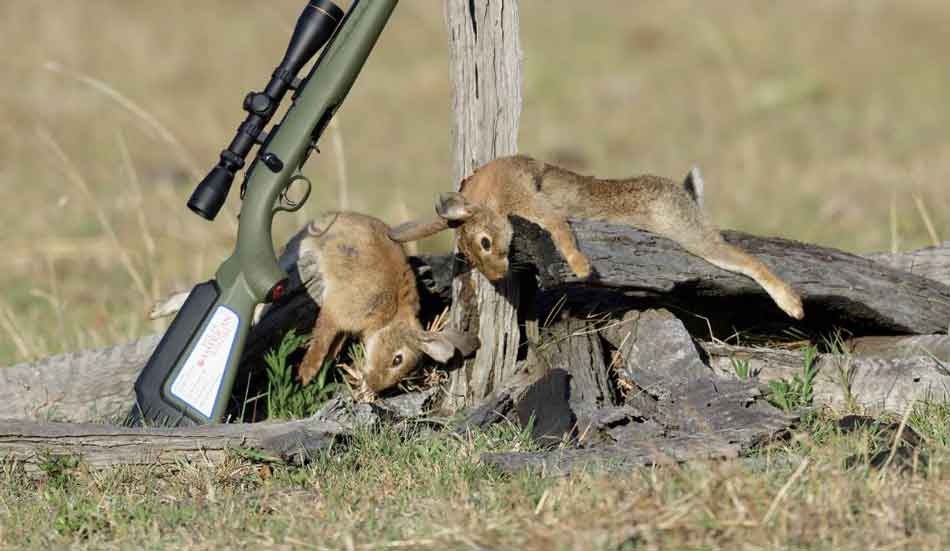 Hunting With A 22lr – What Should You Be Going After?

Just because you can hunt just about anything doesn’t mean you should!

There are some animals I just wouldn’t recommend going after because you aren’t going to have much luck.

Large animals like elk or deer can certainly be taken down with a well aimed 22lr round but the larger the animal the more likely you will need a headshot for an effective kill.

So, what should you be hunting?

Any small game is great, snakes are good if you are using snake shot but are otherwise a little tricky.

Small game such as rabbits, squirrels, raccoons (pest control) or turkeys would be perfect for your 22lr.

You can even use subsonic rounds without worrying over the loss of lethality as you’ll be well within the 100-200 yard range.

They are small enough that you can bring them down with one good shot and are easy enough to get close to that you won’t be worrying about bullet drop at all.

Rimfire hunting is still sometimes illegal for the medium-sized game so I would check your state’s websites beforehand.

Hopefully, this article has helped demonstrate to you just how good 22lr can be for hunting.

So long as you are well within your legal rights to do so you could try your hand at hunting just about anything.

Medium game is a challenge but still doable.

You’ll have no trouble at all bagging a few rabbits or turkeys. Whatever you decide, make sure you know the laws before you set off hunting! Claiming ignorance is a poor excuse. Good luck and happy hunting.