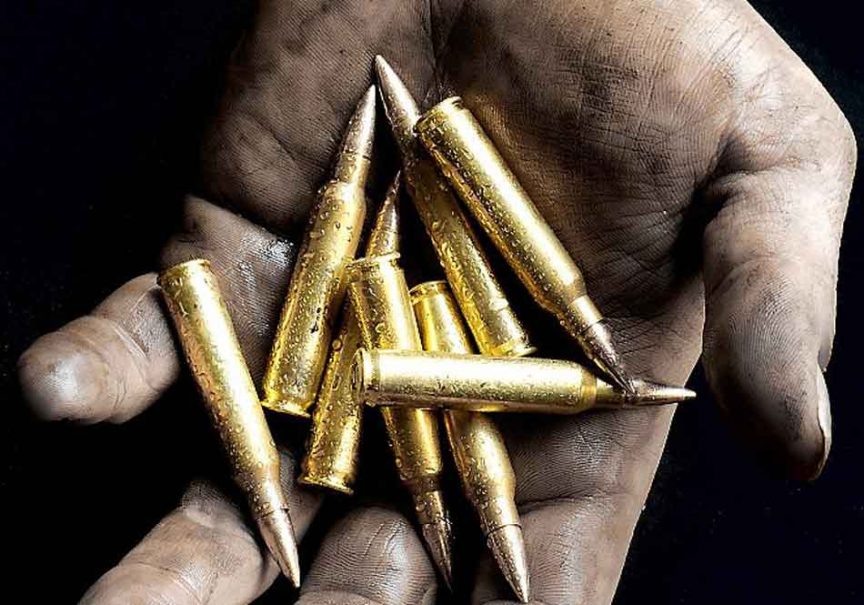 No matter what you call them, empty cases, rounds, cartridges or just ammo, we are talking about the same thing.

Some people refer to them as bullet cases, but what are “bullet” casings made of?

Bullet casings (cartridges) are often made of brass (an alloy of copper and zinc) because it’s superior in handling the pressure of a gaseous expansion and more durable. You’ll also find cases made from steel, aluminum, and cardboard (in shotguns).

Keep reading to find out why manufacturers prefer brass to other metals.

What Is A Bullet Casing?

A bullet casing, also referred to as a shell casing or a cartridge case, is the part that holds together the primer, propellant (gunpowder), and the bullet.

There’s usually confusion between a cartridge and a bullet. The bullet is the projectile that leaves the barrel while the cartridge is the piece you load into the gun. The case, primer, propellant, and bullet are all part of a cartridge. 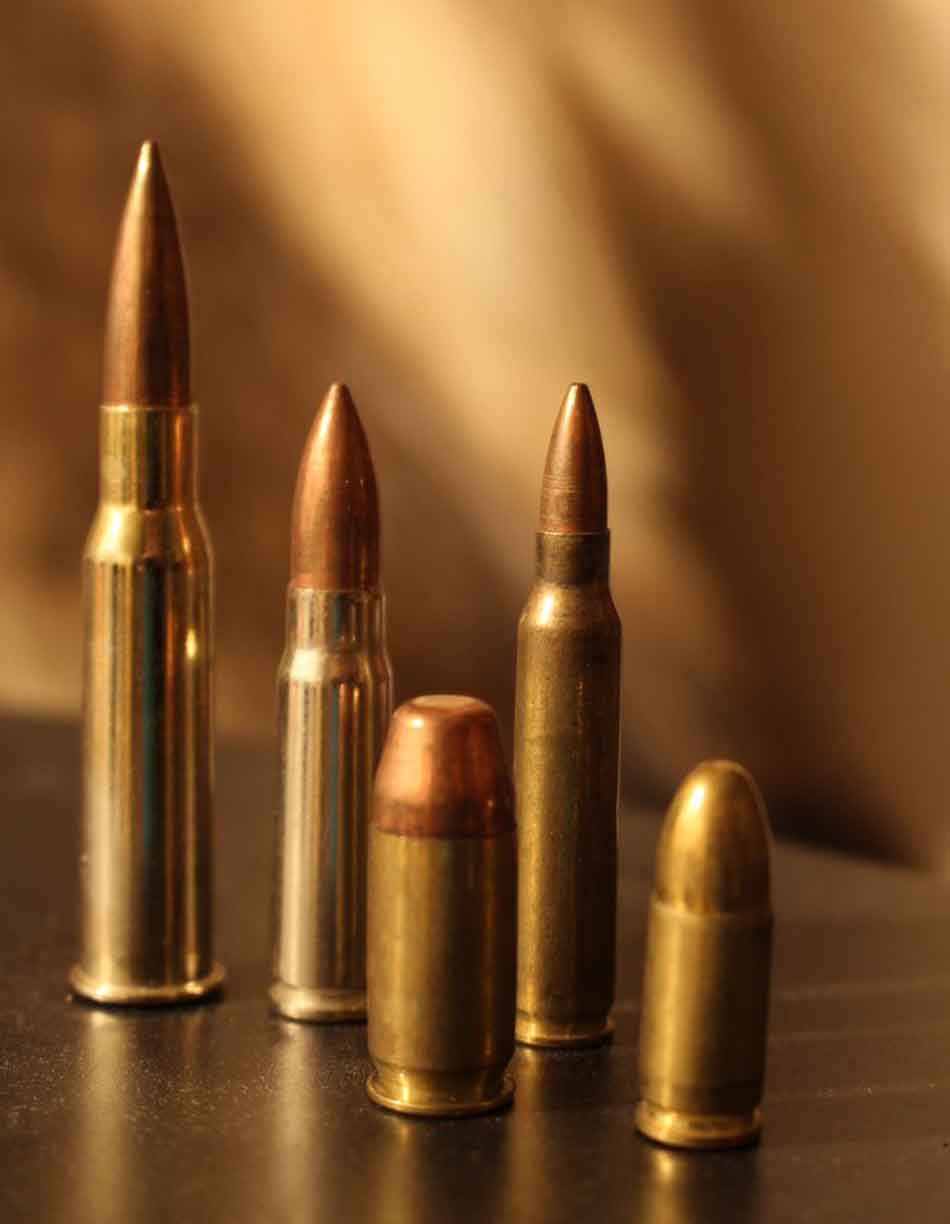 A bullet casing shouldn’t be confused with a metal jacket, like in full metal jacket (FMJ) bullets.

The case covers the whole cartridge while the jacket is usually on the bullet itself. It covers the lead core and controls the expansion of the bullet when it hits the target. It’s made of copper alloys and other metals.

Besides holding all the parts of a cartridge together, a bullet casing protects the primer and propellant from moisture. Cases have to expand and contract as you fire your gun.

By doing this, they seal the chamber like a gasket would, preventing combustion gases from escaping.

This mechanism makes it possible to load from the rear of the barrel (breech-loading). They also ensure that the cartridge explodes forward, protecting the user from any explosions.

When the firing pin strikes the primer, it explodes, igniting the gunpowder or cordite. The gunpowder burns slowly, accumulating gases and pressure to thrust the bullet out of the cartridge.

The casings, which retain most of the heat after this process, will have to be ejected manually or automatically. This process cools the gun faster since they take away most of the heat. This feature also helps slow down the wear and tear of the guns.

There have been attempts to create caseless ammo, but we are a long way from that. Even though caseless ammo may be lighter and cheaper to produce, they are hazardous due to temperature sensitivity and the inability to seal the chamber when firing. 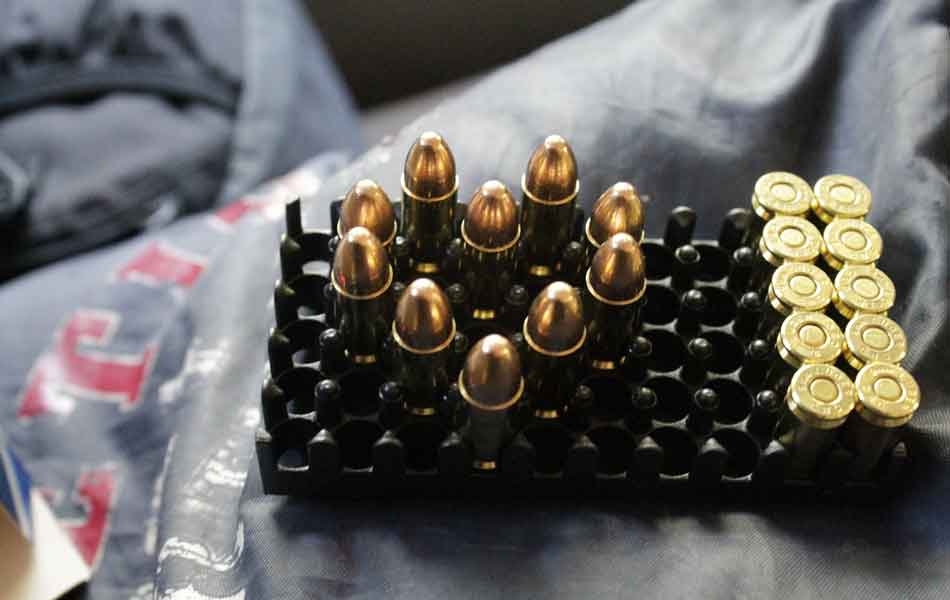 What Are Cartridges Made From?

The four parts of a cartridge are composed of different materials;

Why Are Bullet Casings Made Of Brass?

Brass is more robust and can expand and contract without cracking. As mentioned earlier, the case has to expand to block the chamber and then contract to its normal position after firing to be ejected.

Brittle metals tend to crack in such a process.

Brass casings are reloadable. Manufacturers are willing to spend more money by manufacturing cases with brass since they have a large customer base of ammunition reloaders.

Steel and aluminum may be better options since they are cheaper, but they aren’t reloadable.

Most manufacturers also use brass because it’s resistant to rust and corrosives. As long as the gunpowder remains intact, the casings can last for a very long time. Steel, on the other hand, is susceptible to rust. 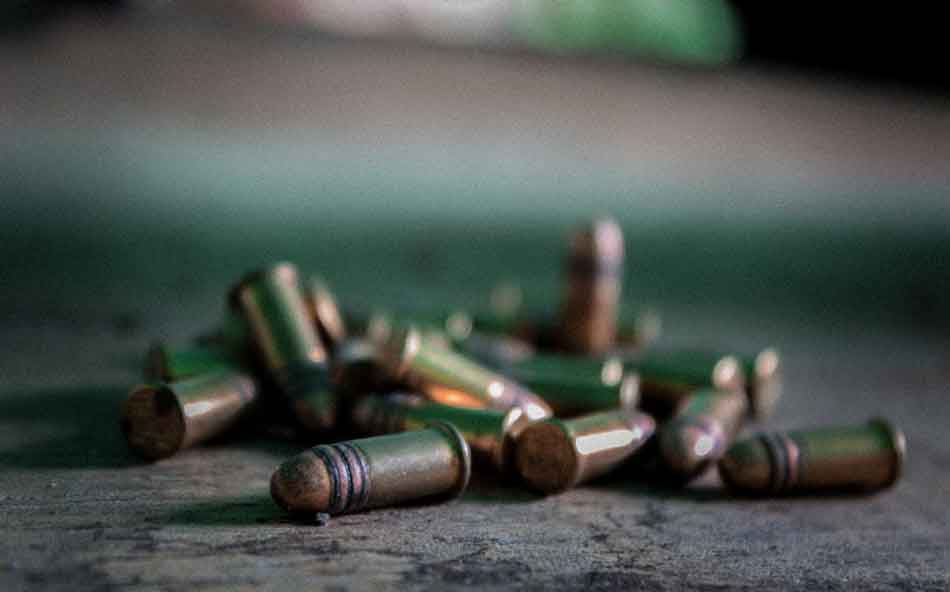 Besides being strong, brass is also soft. It causes less damage to the rifle when compared to steel. Brass also requires less energy to manufacture the cases.

Even when made from steel, aluminum, plastic, or cardboard, most bases and primers are still made from brass.

Polymers have been used to create cases but they aren’t effective in handling high pressures and temperature.

Brass is also pretty easy to manufacture. The base elements, copper and zinc are very common earth metals so there is a good supply of the precursors to make ammunition.

Brass ammunition casings are the most common since brass is strong, limber, and reloadable. It’s also more durable since it doesn’t rust, get corroded, or crack during expansion and contraction.

Brass is so often used, especially in the military, that at a firing range soldiers will ‘collect the brass’ when cleaning up the range.

This doesn’t mean you can’t use other casings. Steel and aluminum cases are relatively cheaper.

Even though you can’t reload them, you can always use the cases to decorate your wall, create a miniature wind chime, among other craft ideas. Oddle, plenty of people do (search YouTube).

Bullet cases are readily available at shooting ranges if you’d like to try some of the imaginative DIY craft ideas and don’t shoot regularly.