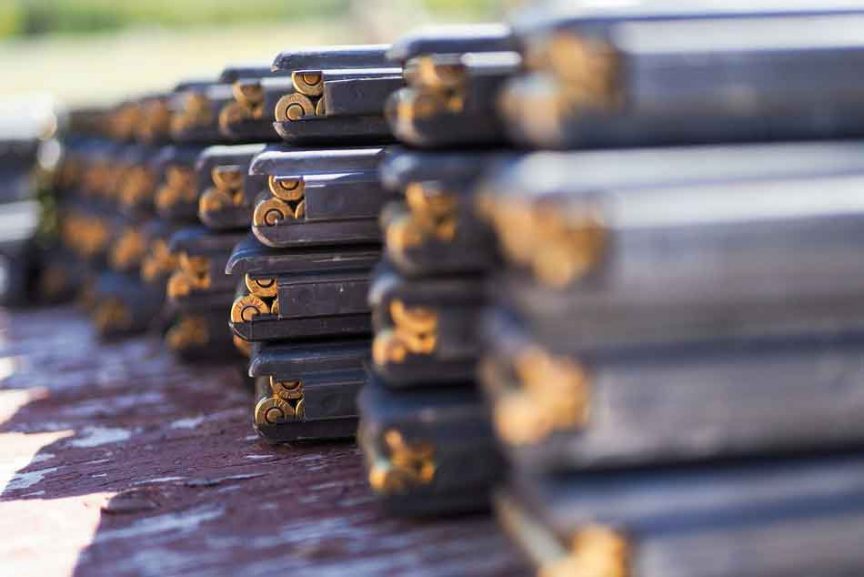 Gun owners can all agree that owning more than one magazine is not just recommended but a necessity. In the heat of the moment are you going to have time to refill a magazine before you can start shooting again?

But is it safe to store magazines that are fully loaded? Do the magazines lose their spring? Are you running the risk of having a dud magazine if you store it too long?

All good questions, so can you store magazines that are loaded?

Yes you can store loaded magazines. It’s recommended to relieve the spring at least once every 3-6 months. Over time the spring loses its ability to store the energy needed to push rounds up into the chamber. It’s very unpredictable and some can last 10 years or more, but most experts recommend some rotation of stored magazines.

They will start to lose their spring and power over time, eventually, the magazine won’t have the power and tension in the springs to force the next round up into the chamber.

But, this is a long term problem. There are plenty of ways to store loaded magazines safely, ensuring you don’t damage the magazine or leave yourself vulnerable to a stoppage.

This article will cover everything you need to know about storing loaded magazines to keep yourself safe and keep your family protected. 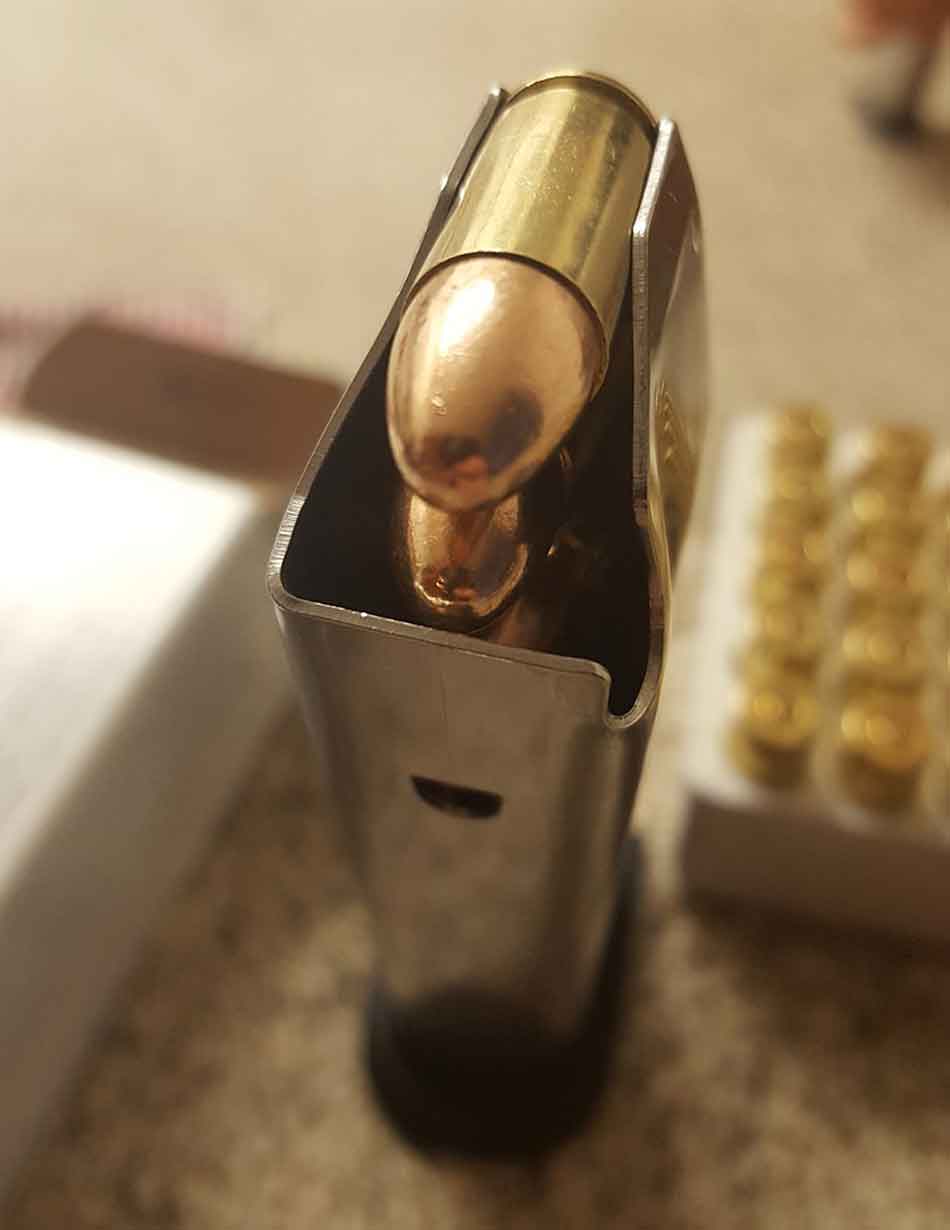 Why Shooters Store Magazines With Rounds In Them

The reason a shooter may want to store loaded magazines rather than load them manually is that they are needing to reload in a hurry.

Filling an empty magazine is not hard, per se, but it is time-consuming. In situations where you might need to reload quickly, this simply isn’t an option.

For example, imagine if there is a home intruder. You have 9 rounds in the magazine, one in the chamber. Great. This is, in theory, enough bullets to stop whoever has broken into your home.

But what if there is more than one person? What if you miss? In a panic, emptying a clip into your attack seems like the logical choice. But there is no guarantee you hit your target, or if you do hit them stop them.

Having a gun with no rounds is pretty useless. Having a spare magazine so you can reload immediately, even if you don’t need to fire your weapon again is such a good idea.

You can also think of the convenience factor. If you are heading down to the gun range, you might be paying a hefty sum for the privilege of being down there.

You will normally pay by the hour, so every minute counts.

You don’t want to spend half your time loading and reloading magazines between targets. It will very quickly eat into your time.

So it is a good idea to check beforehand. 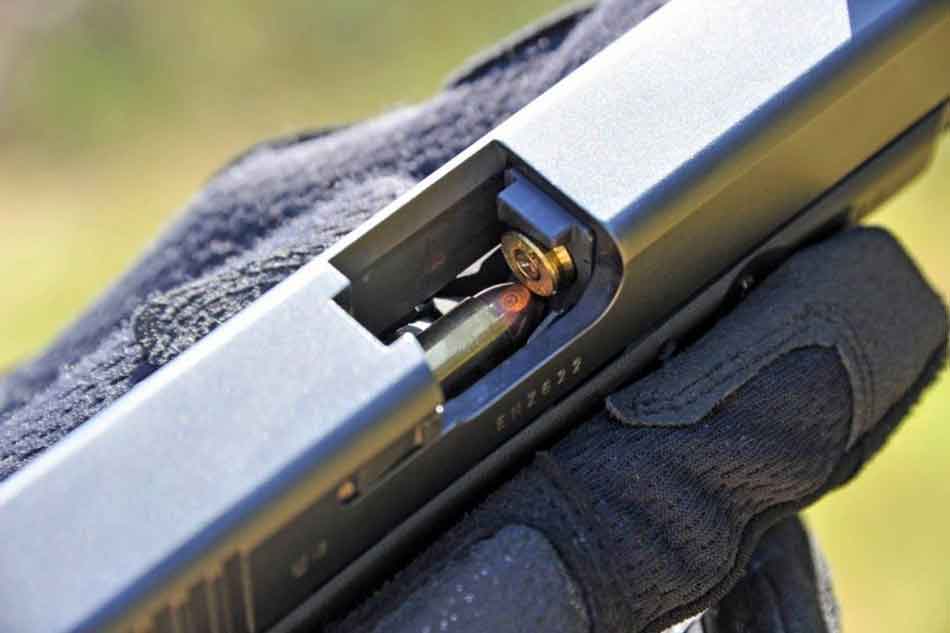 Can Magazine Springs Wear Out?

Magazine springs always wear out. Even if you only use them and reload them each time, rather than storing them fully loaded, they will begin to lose their spring.

A magazine’s springs compress as bullets are added, the tension builds and builds, until it’s time to fire a bullet, and then the next round at the top of the mag is forced into the chamber.

Great! Except, each time you do this the spring wears out a little more. This isn’t a problem on a day to day basis or even month to month. The problem comes after years of use. It can be exaggerated by leaving the magazines loaded for long periods of times, the springs get so “used” to being compressed that this becomes their preferred position.

They will spring up, but not as well. Eventually, they won’t have the power to force a round into the chamber at all.

You can do this yourself, though it might be better to let a professional handle it if you really are unsure, but it is a maintenance skill you might want to learn.

It is always risky using tools on your gun, taking it apart and putting it back together.

The magazines are less dangerous, but failing to put it back together properly can lead to your gun jamming and even misfiring.

Which is not ideal, of course. 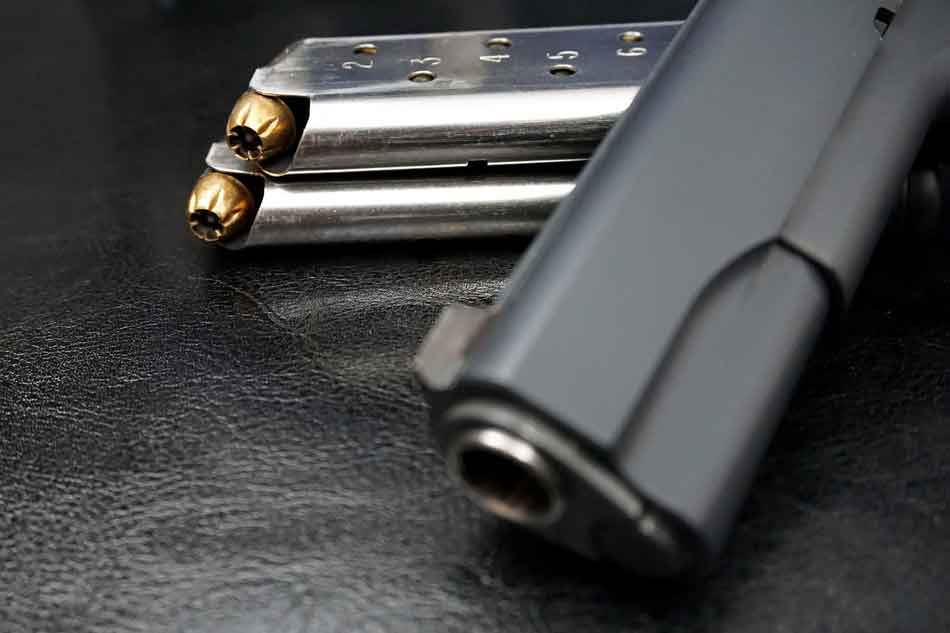 How Long Should You Keep A Magazine Loaded?

There is a little bit of contention in the gun community surrounding how long you should keep a magazine loaded. Both for efficiency and safety.

When deciding which rule to follow, it’s best to look to the professionals.

The army, the top-level gun associations, and most professional shooters all agree that around 6 months is a good middle of the pack time for storage.

If you leave them any longer, you run the risk of the springs wearing out and the magazine spring losing its power.

If you are someone who only shoots casually, then keeping one or two loaded magazines in the house at all times is a good idea.

If you are planning on going shooting soon, then loading a few extra magazines beforehand would be a good idea.

A neat little trick is rotating your stored magazines out for ones you just loaded before you head down to the range. That way you are using up the mags that need using and ensuring that fresh ones regularly take their place.

Careful with the regs in your State though. 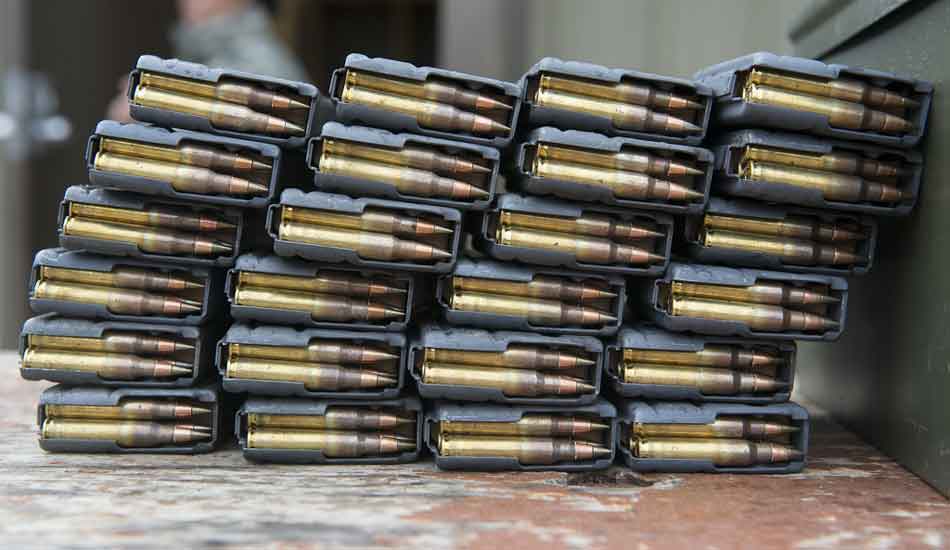 Will It Ruin The Magazine To Keep It Loaded?

Whether or not it will “ruin” the magazine depends on your perception of what ruined means.

For a casual shooter, a magazine that still works but doesn’t have quite as much spring is perfectly acceptable. For a professional shooter, like a soldier, then a faulty magazine may be the difference between life and death.

As mentioned above, a magazine should last for at least 6 months across the board. Some will last longer, very few will last less than 6 months though.

Some magazines can keep their spring for years, even decades, after they were manufactured.

In world war one, magazine-fed rifles and pistols only just started entering into circulation. Beforehand, cavalry and bayonets still played a large part in wartime tactics.

You can get a good idea just how much weaponry and war progressed between world war one and two with this alone.

Since world war two came on so quickly, and so forcefully, many nations didn’t have time to manufacture the weaponry needed in time. This led to a huge amount of allied soldiers using world war one weaponry, with old magazines, before they would eventually have their issued weapons replaced.

Some times magazines worked fine, sometimes they didn’t. And sometimes people died because of this.

That isn’t exactly a problem you will encounter by letting your magazine sit too long, but it is interesting to know nonetheless. 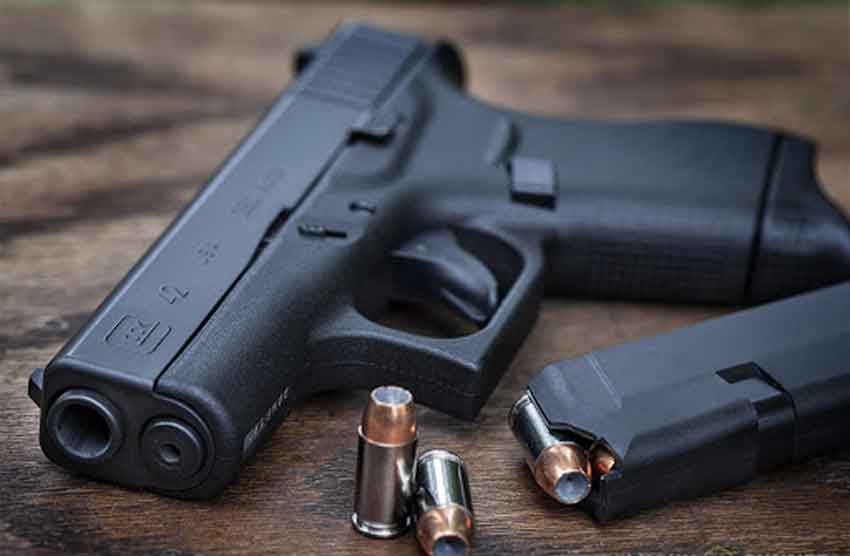 Do Magazines Lose Power When Stored?

Since the magazine’s power all comes from the springs, yes, they will lose power when stored. Even without being stored fully loaded they will begin to lose their tension.

It’s a good idea to try and use a magazine at least once a year, just to be safe, but you will probably be okay. Since the magazine will lose its tension in its uncompressed state, filling it with ammo will compress it again giving you a little bit of spring.

Though not as much as it once had. If you plan on stockpiling magazines for one reason or another, it’s a good idea to also stockpile springs and learn how to switch the springs out.

It is possible to create your own springs if you buy the machinery. Anyone who plans on stockpiling magazines and creating their own ammunition should invest in the ability to create their own springs.

If you go through a lot of magazines, learning to do so might save you a heck of a lot of money in the long run. It isn’t overly difficult if you know what you are doing, but it is time-consuming.

And, of course, you always run the risk of breaking the magazine altogether.

So, while it is possible and safe to store loaded magazines there are some things we need to be aware of.

For example, ensuring we don’t leave them too long is the only way to stop the springs from wearing out too quickly.

Remember, all springs will wear out eventually. It is a matter of when not if. So long as you stick to the 6-month rule, you should have no trouble at all. It is not a hard and fast rule, it is more like a guideline. That being said, following the rule closely is the best way to ensure your magazines are in tip-top shape.