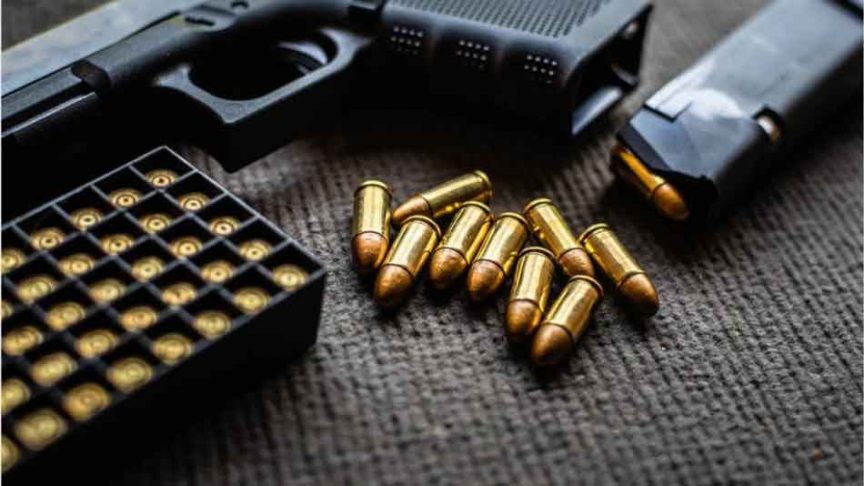 The questions surrounding self defense are almost infinite, but at some point, you will run into the idea of a 9mm as a choice. It has many advocates, but does it have any serious drawbacks that you might want to consider.

With many calibers available, you will probably need an answer to the question of whether, as a caliber, the 9mm is a good weapon for self defense?

The 9mm is an excellent choice for self defense. The caliber is widely used by police forces and the FBI for just that purpose. It has great shootability, there are a wide choice of pistols available, they are robust, have great magazine capacity, they are reliable and they are easy on the wallet. Additionally, the available ammunition choices mean there are options for almost any shooter and situation. In essence, it’s the most popularly used caliber for self defense.

Whether you’re new to firearms or are a more experienced gun owner, you’re probably not new to the excitement about the 9mm caliber. 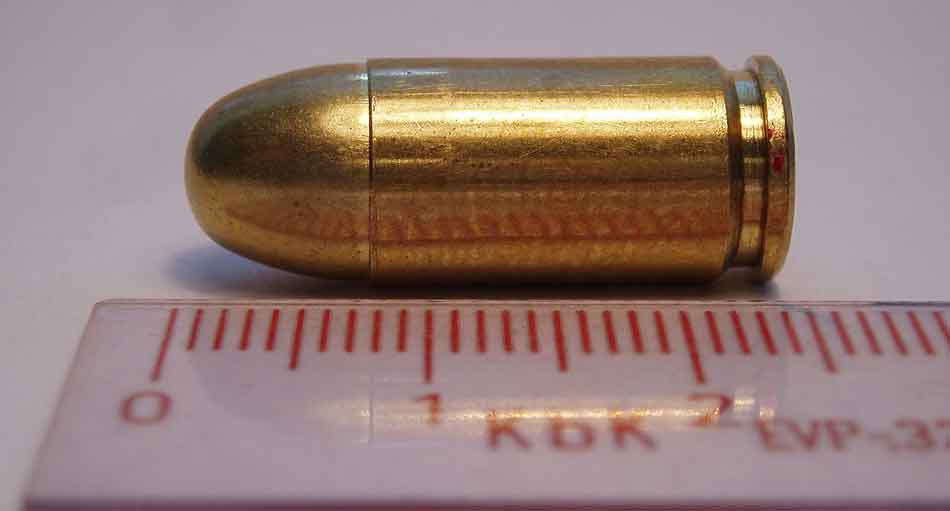 It seems to be very popular in the law enforcement industry for their self defense purposes. Most people find that it has more stopping power and is easier to control.

A report published by the FBI on why they use the 9mm also helps explain why a 9mm may be an excellent self-defense weapon.

I don’t intend to influence your decision here; I just want to debunk the myths and excitement around this caliber and present facts about its capabilities.

Self defense is the act of defending yourself from physical assault, or in some cases from a home invasion.

An act of self defense is allowed by law, to some extent, as the Florida ‘stand your ground’ law implies.

The justification of self-defense, especially the use of lethal force like firearms, dates back to the Anglo-Saxon era (from the 11 century and later).

Killing as an act of self defense was not allowed before that, but the law evolved to the point that it was justifiable to use deadly force when warding off an intrusion. 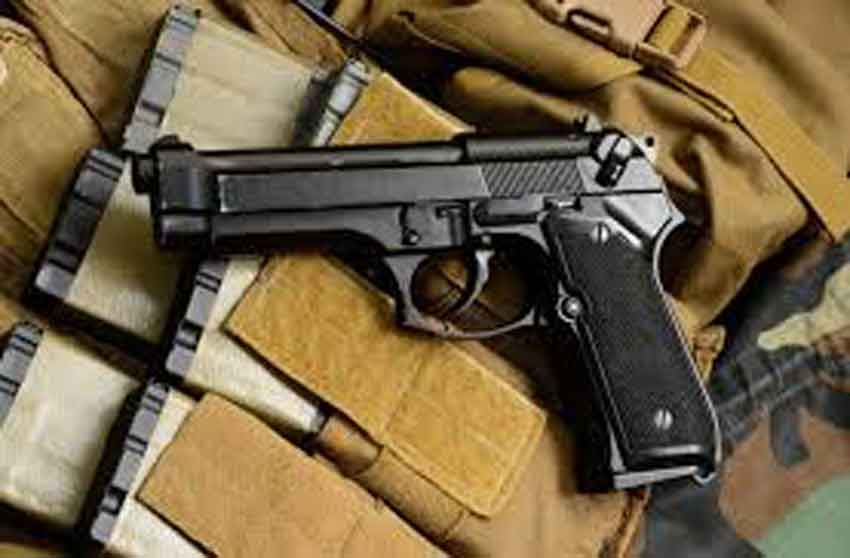 In English law, a man was supposed to retreat in the face of an attack. The only exception was when it was at their home since it was their “castle.”

The law on retreating still applies in most states, but the homeowner is not obliged to retreat. They are also supposed to respond with deadly force when it’s the last resort. This law varies with States, so make sure you’re conversant with the law there.

Is The 9mm The Only Firearm For Self Defense?

Currently, more than 46% of the American population owns a gun.  That’s a lot of firepower.

Some of them own more than one.

There has been a lot of excitement around the 9mm caliber, but there are several others to choose from. Below are some of the most common:

What Do We Want From A 9mm Self Defense Weapon?

In most gun stores, average homeowners seem to prefer the 9mm because of the shootability and accuracy.

Most of them claim to achieve better accuracy than with the 45 ACP or the 40s&w.

They love the control this gun gives them, making it easier to place their shot accurately when defending themselves. 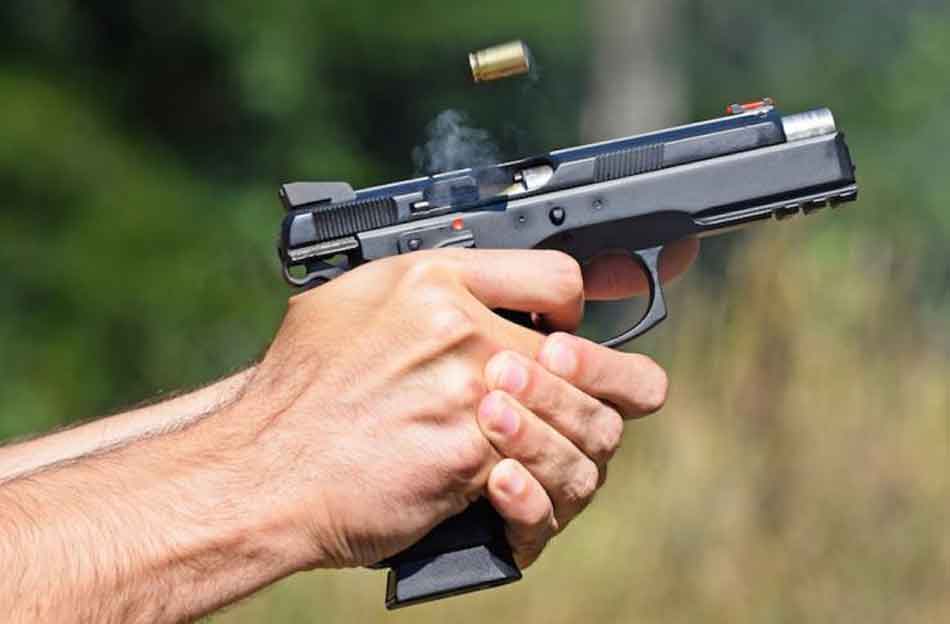 9mm firearms can also hold more rounds since the rounds are smaller than in the other models.

People also tend to believe that 9mm is more reliable in defensive situations, and there is good reason for this belief. The 9mm has been around for quite a while as it became popular. With it, many manufacturers have done significant testing, along with R&D to increase that reliability.

Another reason why it’s a favorite to many is the longevity.

They use less power per shot, which minimizes wear and tear.

When comparing the costs, 9mm guns are cheaper and there are many of them in the market.

Does A 9mm Have Good Stopping Power?

In 2018, the FBI announced their shift to 9mm calibers. This caused a lot of stir in the law enforcement sector. According to this report, they had a valid reason.

According to them, the 9mm helps them shoot faster, more accurately, and feel less recoil.

Even though other law enforcement departments may prefer larger calibers like the 45 ACP and 40 s&w, they have to deal with a lot of recoil and fewer rounds per magazine. 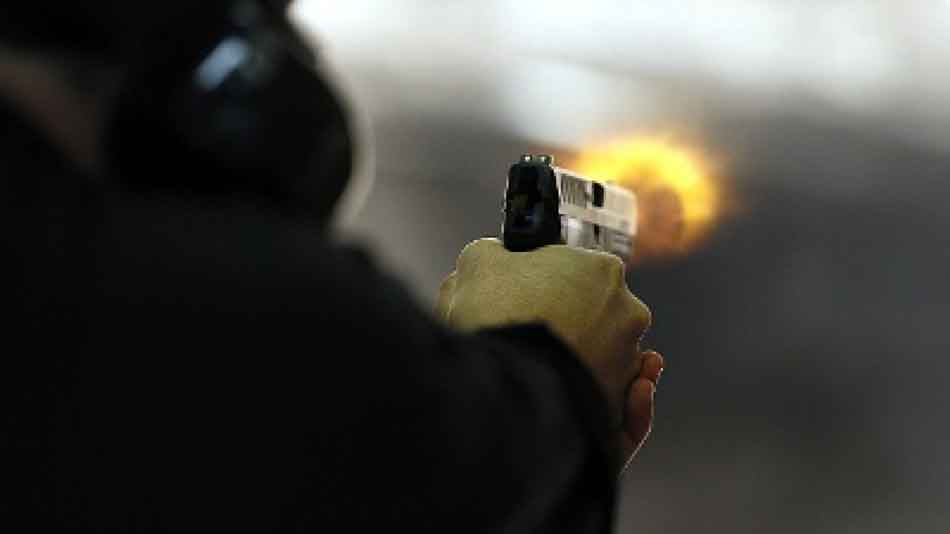 According to them, shot placement is the most important. The law enforcement use of rifles may differ to self-defense, but the 9mm seems to be working great for both use cases.

The psychological effects of a gunshot can also play as a deterrent. Some intruders are known to faint or get confused when they’ve been shot or shot at.

In some cases, the bullet didn’t even hit them. The gun’s size doesn’t determine the psychological stopping power since the assailant won’t know which gun hit them.

If the intruder is very determined, they can still charge at you even when they’re shot a couple of times. This fact also confirms that you need to place the shots effectively for faster incapacitation. 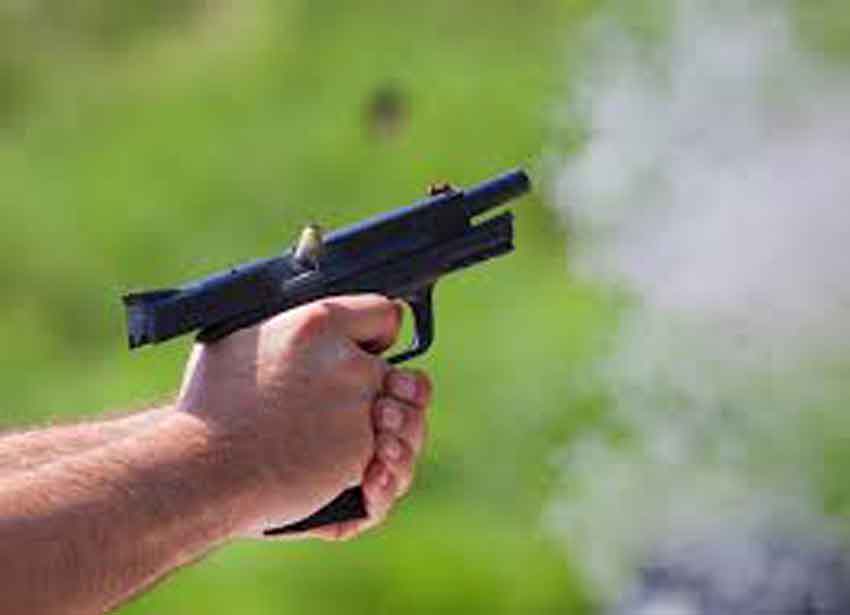 In a ballistic test, the 9mm does exhibit a lot of penetrative force, and it may be quite loud. As you can see in this video, the 9mm penetrates the two walls of the “apartment” and goes 13 inches into ballistics gel.

It also exhibits some expansion.

The results are most similar to the 45 ACP, but the 45 didn’t have any expansion and only penetrated 9 inches into the ballistics gel.

This shows that the 9mm may be dangerous to use in an apartment since it endangers the people in the next room, or a bystander when defending yourself. To avoid such incidents, you can opt for a less powerful firearm or avoid the Full Metal Jacket bullets, for they have more penetration power.

Brandishing A Gun For Self Defense

Brandishing refers to drawing a gun to someone in a threatening way in public.

In most cases, it is allowed in the event of self-defense and the defense of personal property.

But some states have more expansive laws about this than others. Brandishing may work as a deterrent to intruders, especially when the gun isn’t loaded. But a very determined intruder may call your bluff and keep charging at you.

Most don’t though I am willing to bet. 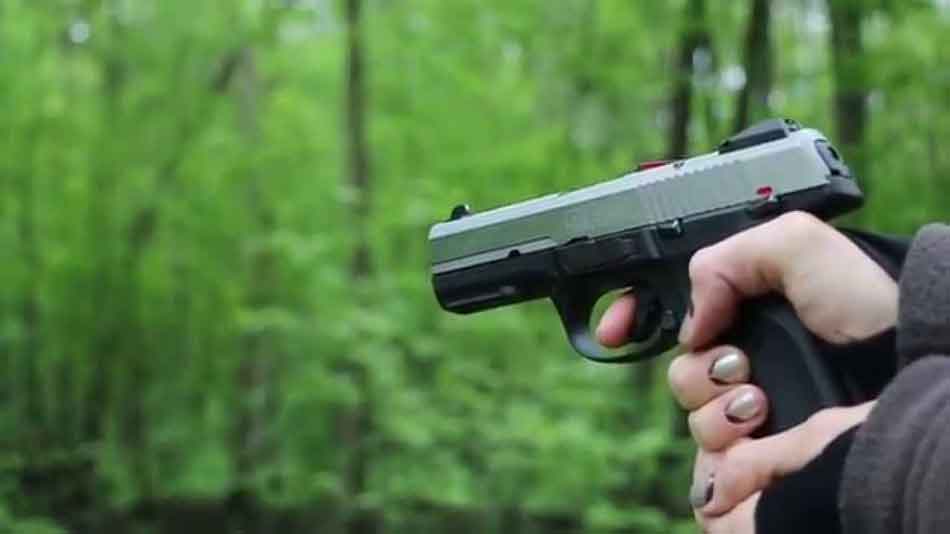 Choosing 9mm Ammunition For Self Defense – Why It Matters

There are two main types of ammo for 9mm to choose from;

When looking for ammo for self-defense, you need to consider penetration and expansion.

Over-penetration is dangerous since it may hurt bystanders or penetrate the apartment’s drywall when you miss the shot. But it needs to have enough penetration, especially if you live in colder areas where people have a lot of clothing. 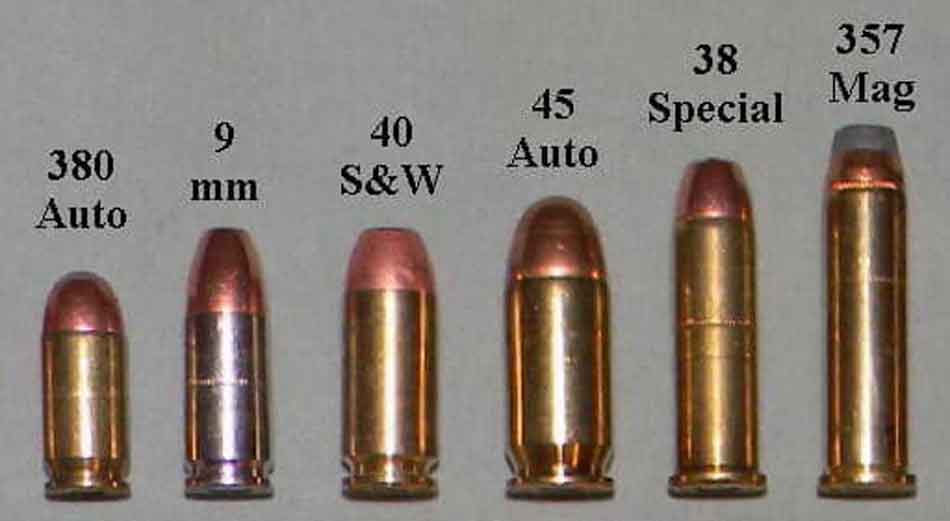 The bullet has to penetrate the clothes first before making contact with the attacker’s body. This explains why you need to consider factors like velocity, weight, and energy, which may influence the bullet’s expansion and penetration.

We have a lot to draw from the FBI’s report on why they chose the 9mm while other law enforcement agencies seem to be more inclined to larger calibers.

We also went ahead and gathered what more experienced shooters have to say about the 9mm and compiled their advantages and disadvantages. 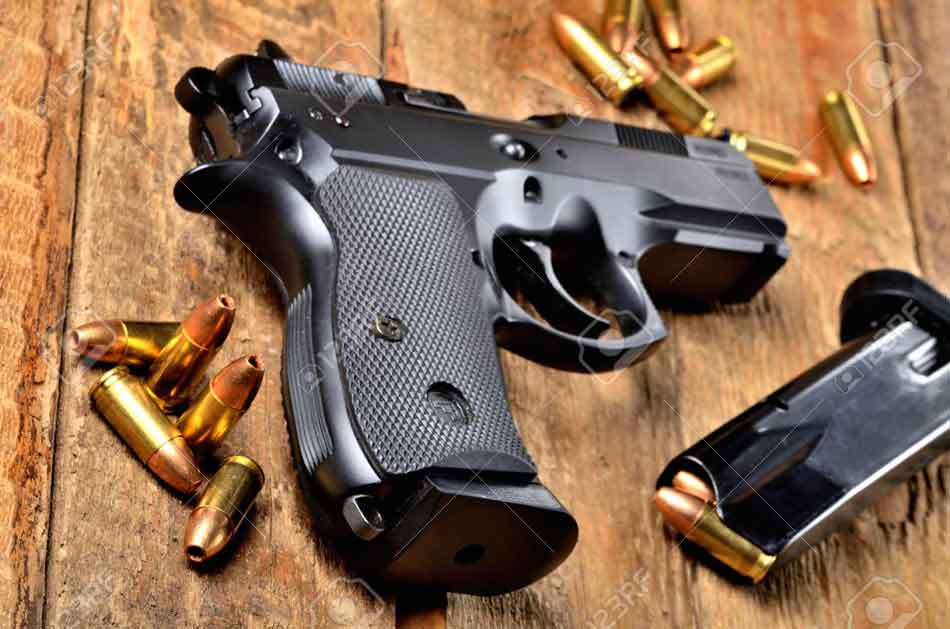 Self Defense In The Home – Is A 9mm Any Good?

A 9mm is ideal for home defense because it has little to no recoil.

Therefore, even your wife, kids, and granny can use it and achieve accurate shots. It’s also cheaper, making it easier to practice with as you train your family members on how to use it.

I did mention that it may have a steep learning curve, but as long as you know how to clear the jam, and you’ve practiced enough to get used to the recoil, you’ll be good to go.

Besides the accuracy, a 9mm has enough stopping power to incapacitate an intruder. The debate on stopping power is still on, but since it’s more accurate, you can always aim for the chest and CNS (neck and head) to stop them instantly.

As I said earlier, there are other calibers used for home defense. Let’s briefly discuss two of these models. 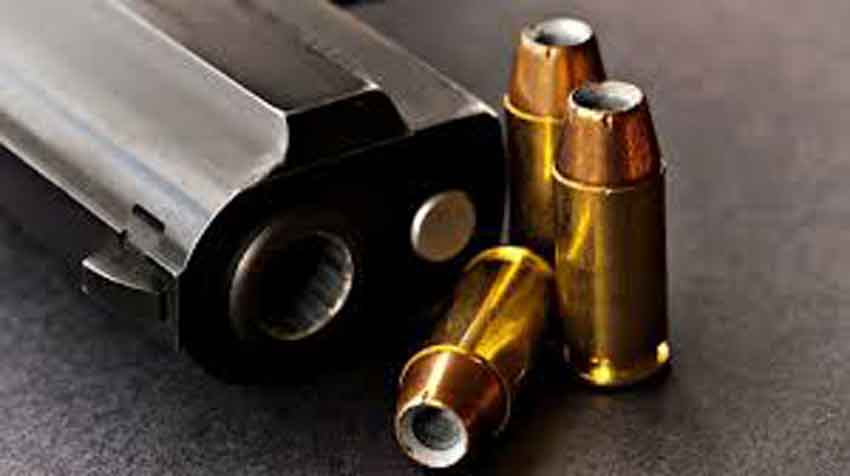 This caliber is larger than the 9mm (11.5mm). Therefore, it holds fewer rounds.

Another reason why people stay away from it is it’s less powerful when compared to the 9mm. It also has stronger recoil, which can be very uncomfortable for new users.

For starters, the 40 s&w is more expensive than the 9mm. Therefore, in the case where you may have to shoot more rounds, you’ll be better off with the 9mm.

The 40 s&w is also heavier. This means that you’ll feel the recoil more in this caliber than in the 9mm and 45 ACP.

As a result of this recoil, 40 s&w firearms are also not very durable. 40 s&w caliber holds 10.2mm bullets, meaning that it will also have fewer rounds in the magazine.

Why Is The 9mm A Popular Choice?

The 9mm seems to be a popular choice because there are many of them in the market today, and their accessories are readily available.

You get to shoot more rounds without spending a lot of money. People also love the large magazine capacity, less recoil, and durability.

The 9mm isn’t the only caliber for home defense and as a carry weapon, but most would say it’s the best.

Others appear to have more “stopping power.” But we have also seen that stopping power only relates to the CNS, which means that shot placement is more prevalent when choosing a handgun for self-defense.

Perhaps the characteristic of a good firearm for self defense is shot placement, which involves a lot of skills, as well as the characteristics of the weapon and the caliber. That lower recoil from the 9mm means taking a bead on the attacker is quicker.

It also has a larger magazine and holds more rounds, which, in my opinion, gives you an advantage in a shooting situation. Its complexity may seem intimidating at first, but once you’re used to them, you can manage it.

The main selling point for me is the less recoil, which makes it more durable and more favorable for less experienced users.

Another reason why I prefer it for home defense is its affordability.