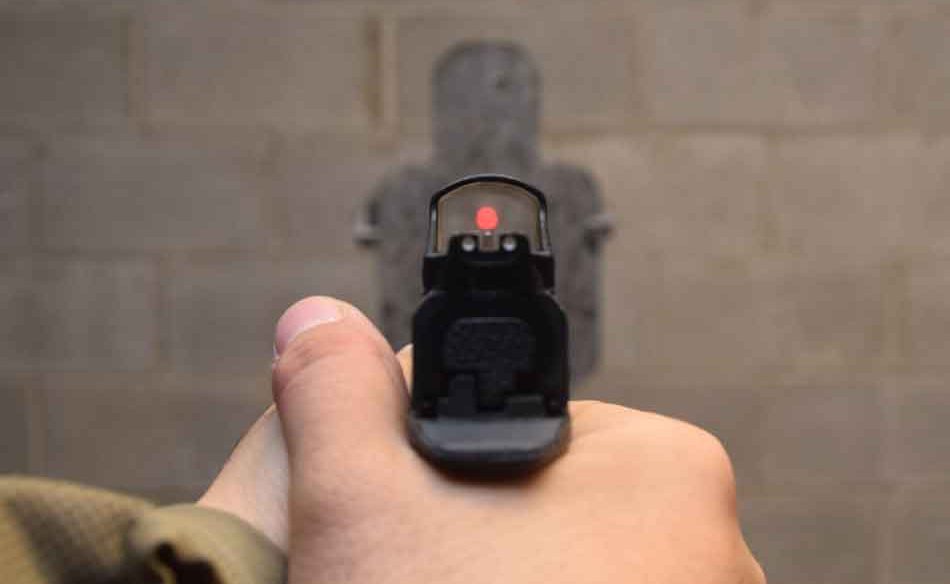 A laser sight is effective as a training tool. It allows you to see and control pistol shake and determine as you engage the handgun’s trigger if you’re pulling off target. Today several laser sight models are available for handguns. Like other tools, it’s important to use them properly.

When zeroing a laser sight, the main issue is the laser doesn’t shine down the handgun’s barrel. In addition, it can’t conform to the bullet’s path. The offset makes things more complicated.  You’ll have to do triangulation calculations and factor in the bullet’s trajectory. Yet another factor is the pistol sight. We’ll be taking up the benefits of laser sights and three main ways to zero them.

A major benefit of using a pistol laser is being able to use several shooting positions. In many situations, you won’t be able to shoot from a standing position. There are times you might have to shoot on your back/side, behind cover, and in other situations. A laser sight allows you to fire accurately from any body position.

Fun Fact: The first laser was built in 1960 by American engineer Theodore H. Maiman. It’s an acronym for “Light Amplification by Stimulated Emission of Radiation.” Nearly six decades later lasers are tougher and more reliable than past versions that were heavy and bulky.

Today’s laser sights are exponentially better. They’re more streamlined with longer battery life yet are also more durable and lighter. This has resulted in the ability to attach lasers to several small guns for the first time.

A laser sight won’t change the basic skills you’ll need for effectively firing a pistol. That includes trigger/muzzle control and safe handling. However, traditional sights can be a problem and especially with older eyes that cause sights to “fuzz-out.”

When shooting a firearm including pistols it’s critical to stay focused on your target. Since the sight picture is located on the same plate as the target, you won’t have to line up your sights.

All you have to do is look at the target and line up the laser dot. You don’t have to look at your hands for the weapon’s gunsights, secondly at the front blade sight, then again at the target. This saves time and energy so you can shoot more efficiently.

Stress causes various effects on the human body including narrower vision. A bright aiming point located on the target provides insurance when the body itself is out of control. A laser sight makes the complex shooting process easier. 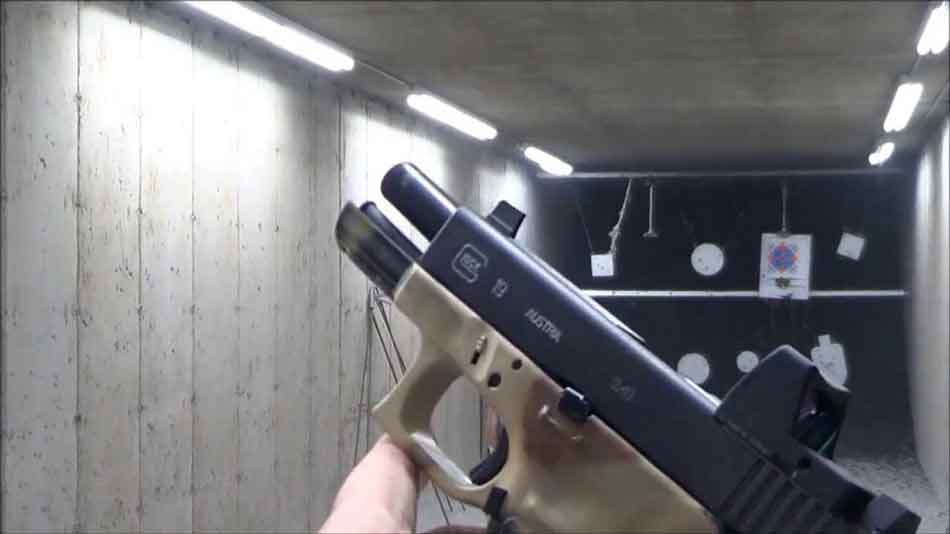 How to Zero Laser Sights

You have three basic options: Spot-On, Parallel, and Sight-High. It’s important to note that each method includes pros and cons.

This technique involves sighting the laser, so it meets a bullet’s path at a particular distance. The Spot-on Method could seem like the first choice for zeroing the majority of firearms equipped with sights/optics.

That said, offset can cause various possible problems. In some cases, a high arching trajectory could cause the bullet to strike multiple inches under the laser at certain distances.

The solution could be shooting from a greater distance. If you think the laser is only a secondary sight, then it probably won’t be an issue. That said, if it’s your primary site then it’s important for the laser to be immediately visible each time you aim at the target.

This method requires adjusting the laser beam, so it’s parallel to the bore’s centerline. To put it another way, the offset between the barrel’s centerline and laser stays constant. The distance to the target isn’t a factor.

The parallel method is more popular when used with carbines. In that case, the offset is huge, and the trajectory is 100+ yards so it’s very flat.

A key benefit of the parallel method is there’s no need to compensate for the constantly-changing horizontal offset. The problem is it doesn’t factor in trajectory.

When utilizing this zero on pistols, a laser shines on targets within around 3 inches of the point of impact (POI) up to about 50 yards based on the load. Lasergrips make the vertical discrepancy much smaller but still just as constant.

This method requires the pistol’s laser to be tweaked, so it shows above the front sight at any particular distance over a couple of yards.

The main benefit of the Sight-High method is based on the idea that the goal of aiming at a target you want is to line up the sights.  If the process is consistent/skilled when the pistol finds the target the laser should shine just over the front sight.

Are there any problems? The big offset greatly magnifies the variance between the point of aim (POA) and point of impact (POI) as the target distances increase.

Lasergrips reduce the vertical discrepancy so you must then deal with the horizontal offset. That’s because of Lasergrips position the laser to the right side of the barrel’s centerline.

When using the Sight-High method, you have to decide how high you must zero the laser over the front sight and the distance to do that. This option provides the best tactical edge. If your handgun is adjusted Sight-High then you draw to the sights and it should be visible 100% of the time.

Other Things to Remember