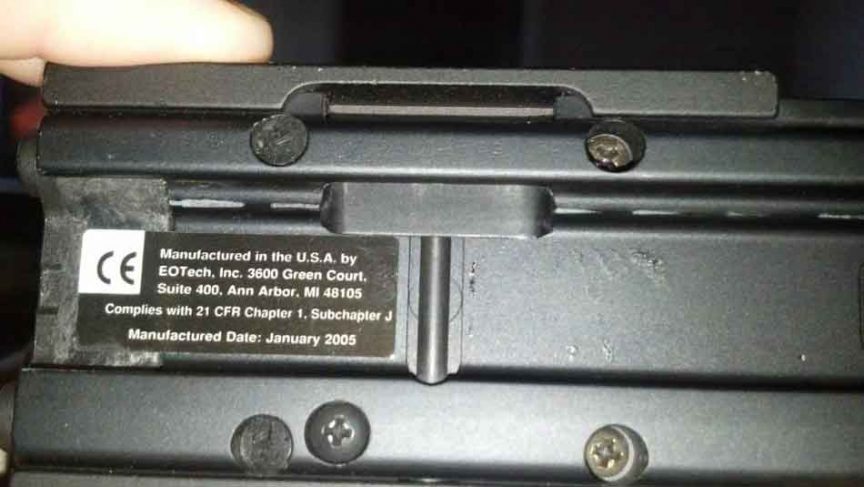 Why would you want to look up EOTech serial numbers? This American company was founded in 1995 and has become well-known for its holographic weapon sights (HWS). In fact, EOTech teamed up with Bushnell to produce the world’s first true holographic sight.

The United States government has recently uncovered a scam to sell fake L-3 holographic weapon sights (HWS) from EOTech. The products are mostly sold via websites based in China and Korea, eBay, and local gun shows. The fake units discovered include:

The counterfeits had a similar design as real EOTech sights, and some even had the EOTech logos. Another red flag is if the products were made outside the USA unlike genuine EOTech models

The units are closely counterfeited. The main danger they cause is the front sight emits a signal. This permits the enemy to view/detect the user’s position.

This is a long laundry list of stuff that’s missing from the counterfeit models. They’ll be easier to spot when you see them in person at a brick & mortar store or gun show. However, it might be tougher when shopping online. It’s tougher to determine from images whether or not you’re looking at a genuine item.

The units mimic the EOTech units’ appearance but include old red-dot tech. So, it’s critical to shop for gun sights at established retailers. However, this might not be enough. eBay is the second largest online retailer in the US and has been linked to some fake products.

Yet another item these units are missing is EOTech’s sticker indicating manufacturing/serial number. These should be attached to the bottom of the unit. 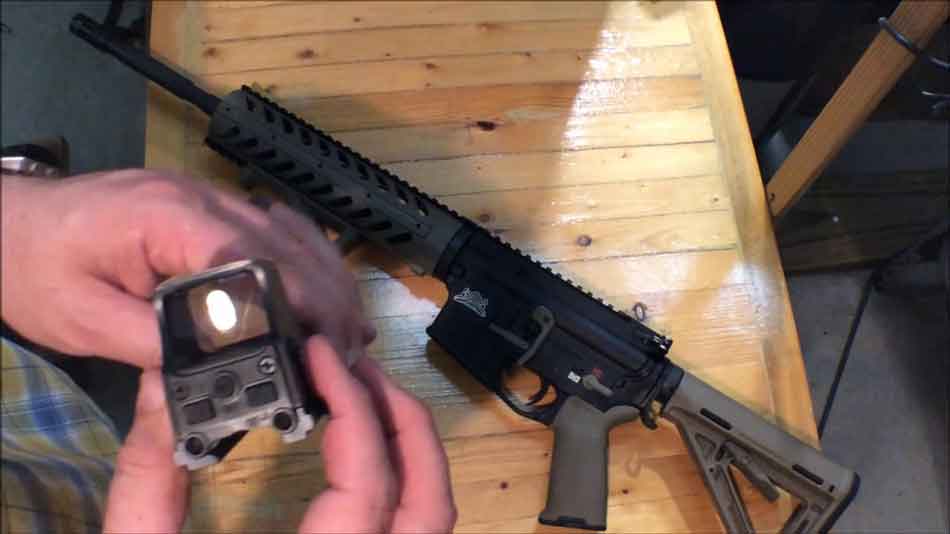 A caveat is at least one eBay seller has been caught selling counterfeit EOTech labels. So, it’s one more thing to watch out for. If a suspicious EOTech sight has a manufacturing/serial number label, there’s no guarantee it’s a real product. This highlights the need to know details about the form and function of genuine HWS units.

There are other factors to watch out for with these fake holographic sights. They include the battery and battery compartment. For example, many of the fake products require batteries like ones often required for hearing aids. In the case of the Model 553, the real unit requires two CR123 lithium batteries while the counterfeit model requires a pair of AAA batteries.

Another factor is the battery compartment. If you do a side-by-side comparison, you’ll notice the battery pack compartments are quite different. It’s not really surprising since the wrong batteries won’t fit into the right compartment.

Is My EOTech FAKE?

It can be tough to spot a fake EOTech sight sometimes. That’s because the unit might operate and even be your go-to holographic unit. In some cases, the units work consistently, can be adjusted, and includes the manufacturer sticker.

Some other issues indicate a fake EOTech but are less obvious for some gun owners. For example, the color shouldn’t change from Red to Green when you switch to Night Vision.

So, in this situation the telltale sign to watch out for is a missing serial number on the unit. That will definitely indicate you’ve purchased a fake sight.

Does the Serial Number Confirm Authenticity?

When checking your holographic sight to determine if it’s genuine the first thing to watch out for is a missing serial number. If the sticker includes “EOTech” but no serial number, then you don’t have a real unit.

Today’s counterfeit products continue to mimic real products better. Even if you have expertise about holographic sights, it might be tough to determine if a product is real simply by looking at it.

Your inspection will also be limited when shopping online since. It will tough to get information about fake serial numbers.

Never assume that an EOTech unit is genuine simply because it has a serial number. That’s because you can even find fake manufacturer/serial number stickers online. So, in theory, you could end up with a fake serial number on a fake label.

One red flag to watch out for is if the label isn’t located on the bottom of the sight. That’s where they’re placed on real EOTech units. If the label is somewhere else on the unit, then it’s a warning sign you might have a fake.

Another issue to consider is if it seems like the label was slapped on the unit haphazardly, is peeling off already, etc. EOTech launched its game-changing holographic reticles about a quarter of a century ago. Such established companies usually take time and effort to provide top-notch quality control.

If you want to look up the serial number, you can contact EOTech (http://www.eotechinc.com/contact). Based on various blogs this is an effective way the company can cross-reference the questionable serial number and verify whether or not it’s a genuine one. 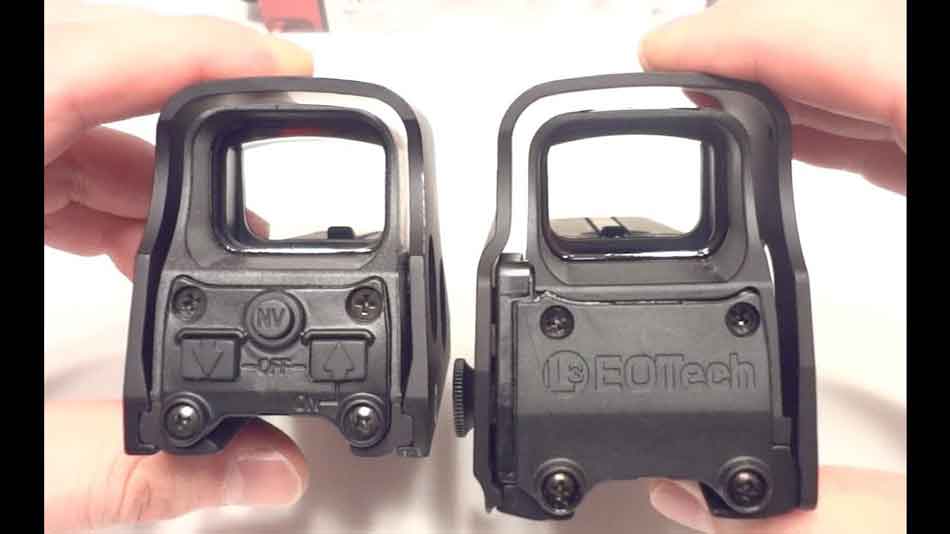 If you’re in the market for EOTech holographic sights then it’s critical to watch out for fake products that are circulating gun shows and online retailers. These products have even shown up at well-established sites like eBay and Amazon affiliates. Buyer beware! It’s still wise to shop from such companies versus startup/small e-commerce sites but you still have to be cautious.

When possible buy the gun sights in person at brick & mortar stores and gun shows. This will allow you to inspect the product, which will boost the chance of spotting a fake. Make sure to know what to look for including factors ranging from Red/Green reticles to battery compartment. You’ll probably want to skip doing a drop test at a physical store.

Finally, look for EOTech sights that include a manufacturing/serial number sticker. If it’s missing, then you’d better shop around. Even if there’s a sticker make sure it’s affixed in the right way and place. If you’re still not 100% sure if a product then contact EOTech to do a serial number lookup. Make sure the product isn’t as fake as an illuminated three-dimensional image.