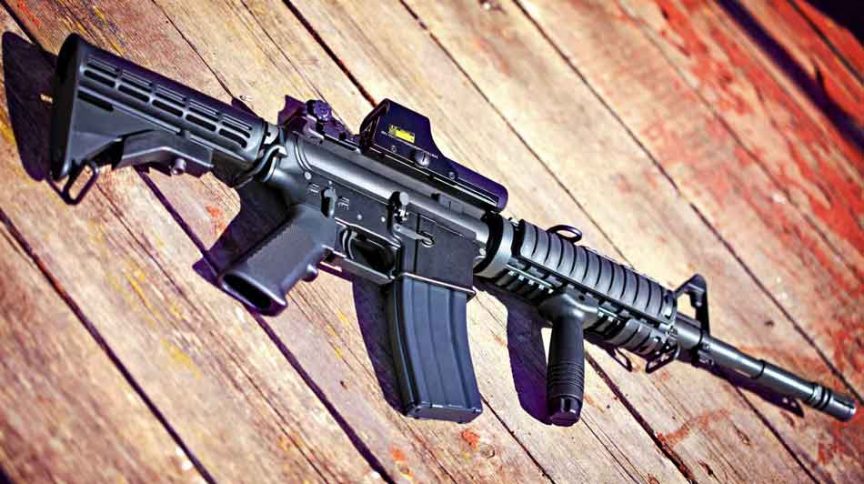 If you ever wanted an exciting and purposeful hobby with real-world skills then shooting with an AR15 style rifle seems heaven-sent. With all the confusing options many assume it might be unrealistically expensive to get into. 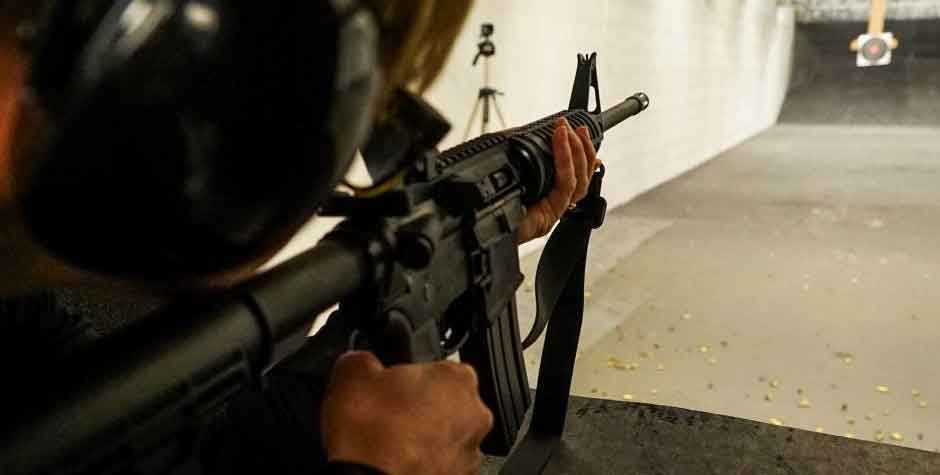 The Second Amendment is an American birthright. It defends the first one and allows any American the right to own a firearm.

With this right, Americans have a partnership with firearms that is second to none in the modern world.

A study by the National Shooting Sports Foundation reported in late 2019 the following facts;

And of that amount, the vast majority would have been an AR15 style rifle.

Both the National Interest and WRCBtv both explain the American love affair with the AR15.

So American, many not in the military have taken to this style of rifle, with many clubs, association and ranges around the US catering to the passion that comes from this hobby.

So if you are new to rifle shooting, and may be apprehensive for many reasons, especially with a firearm hobby, but the aspect of cost will be a valid question to many.

Let’s take a stroll through what you might want to spend on this new passion.

But first, what exactly do we mean by an AR15 style rifle.

What Is An AR15 Style Rifle

An AR15 style rifle is defined as a semi automatic rifle, based on the original design by Armalite.

There are many different manufacturers of the basic design. Designed by Armalite the patent was sold to Colt in 1959, which then ran out in 1977. Although colt has retained the trademark ‘AR15’.

Nowadays, they come under the National Shooting Sports definition of a ‘modern sporting rifle’.

Many shooters own them for both home defense and to practice shooting skills on the range. They are almost infinitely upgradeable and often have the same interchangeability as lego.

Almost no two AR!5s are the same with so many manufacturers, upgrades and general modifications to satisfy many personal tastes.

How Much Will You Spend On Your AR15?

The below table you will find a breakdown of some of the most commonly purchased AR15 style rifles for beginners.

The most common caliber is the 5.56x45mm NATO for the firearm.


As you can see, there’s quite a range for a new shooter to choose from any budget.

While there are some high ticket rifles out there a budget for a beginner to the AR15 style rifle should look in the 600 to 1100 range for a new rifle.

The rifle tends to be where people start but it’s such a ubiquitous firearm that there are many accessories and bolt on options that are available on the open market that users tend to add.

Second hand rifles are obviously much cheaper, and there is such a range that there should be something for most budgets out there.

The above list was created by googling popular AR15s and doing a compiled list of what was most popular or the recommended by various different experts and marksmen.

It shouldn’t be too difficult to do some research and find an AR15 style rifle that suits your budget. It’s worth finding the time to find which one suits your needs and the research will be worth the effort.

Although there are many AR15 style rifles most seem to be in the budget range of $650 to $1100 for a decent beginners firearm.

In many ways, the modern sporting rifle shooting enthusiast is a bit like the modern golfer.

Although, in many ways it also isn’t. 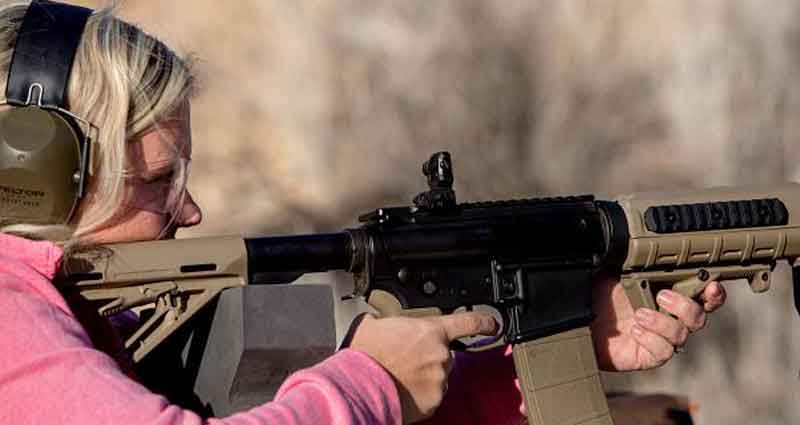 However, with accessories, there is just about everything that is designed to capture the wallet rather than increase your enjoyment of the sport.

Therefore, the list of accessories that could be deemed ‘must haves’ could be quite extensive.

However, a list of things that most people would consider are;

Most people will need a safe. Unless you are already a proficient firearm owner, then getting a safe is pretty much a requirement, whether it’s to keep the sporting rifle out of the hands of children or burglars.

Owning a sporting rifle is a self imposed responsibility, no less to keep it out of the hands of people who shouldn’t have easy access to it. You need somewhere to store it anyway, so why not a safe?

A simple safe that will easily fulfill your requirements should be around $200. Nothing too fancy needed. A lockable storage unit. That’s it.

Your AR15 is an expensive piece of equipment, and with modifications like sights, needs protecting from knocks and drops. Some sort of transportation carrying case is probably worth it to protect the equipment. A simple rifle case to carry your AR15 should be available from $30 upwards.

A sporting rifle enthusiast will undoubtedly want to practice quick target acquisition, and multiple shooting positions while moving around. In this instance, you will want to spend some money on a tactical vest to hold magazines, ammunition and tools for your weapon to keep it functioning.

A sporting tactical vest can be purchased from $50 upwards.

Some tools, weapon oil, screw glue and a range bag to keep all the accessories will be around $100 or so.

Ear defenders should be around $40 and would be recommended for common range work.

Extra magazines for proficient shooting might be required as well, so $100 or so for a few extras there would be wise.

Finally, and a USD minefield is that of scopes as there are many, many options. Red dot sights and normal scopes all have a vast range of price options and what you decide to do is very much a personal choice.

You may decide to enjoy your target shooting with iron sights and not purchase any, but you might like the idea of fast target acquisition and accurate ranged fire in which case an EoTech XPS2 with a G33 magnifier might set you back around $1200.

On the other hand, the excellent budget option of the Bushnell TRS-25 red dot sight might be perfect for you.

So, up until you decide to add a scope you might spend at least $600 to $650 but you could easily spend more.

A scope or red dot sight can add a similar amount again, should you wish to go that route. A personal preference issue for me.

Quite frankly, once you get into it, the scope (pun intended) to spend as much as you want is there.

Most AR15 variants come in two calibers, the standard 5.56x45mm NATO and the .223 Remington cartridges. 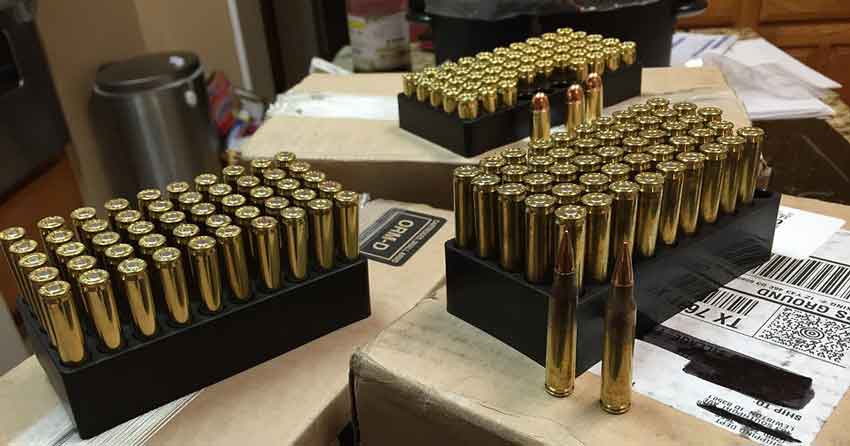 Although look physically identical the NATA 5.56 round will be loaded with more explosive power. It’s the military round after all.

Let’s say you buy in bulk. Let’s also say you go to the range every weekend of the year, and finally let’s say you shoot 100 rounds every time you go. Keeping your skills up to date and having a bit of fun in the process.

So annually you would shoot 5200 rounds down the range. I hope those targets look well drilled.

So, as you can see, it pays to buy in bulk. At least, assuming you shoot a lot and go every weekend.

However, 223 ammunition is around 30 to 40% cheaper being less of a military spec and so an annual bulk buy might be nearer the $1500 mark.

How Much Will You Spend On A License?

This will depend upon the State. Some States require a license and some do not. Check with your local firearm dispensary, and they can guide you efficiently. 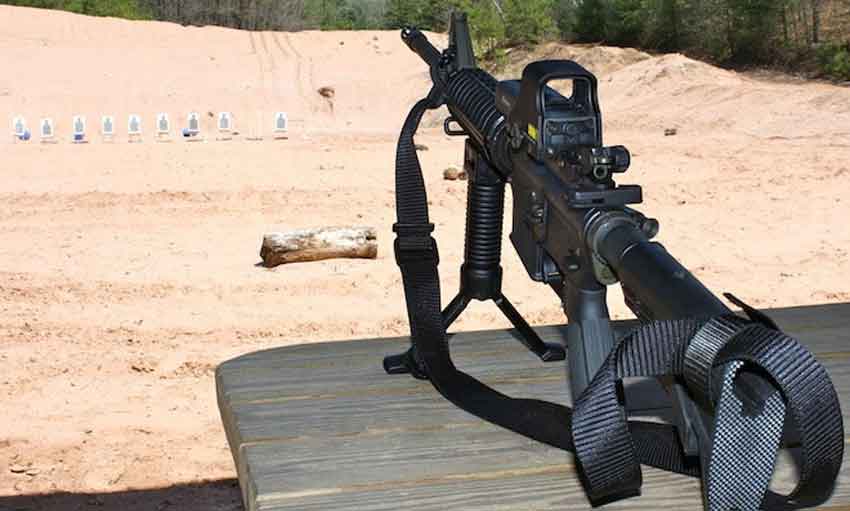 In some States, it’s just a background check, letting ATF know and id. Then you can purchase.

Some States are more AR15 friendly than others.

Licenses can cost anything from a few dollars to a few hundred dollars depending upon the Governors appreciation for the 2nd amendment.

How Much Will You Spend On A Range Fees

Costs can come down in this area with membership of a club, which you may want to consider.

Rifle range fees tend to be a little more than pistol range fees as well.

Budget around $30 per hour if you want to hire a range for your shooting, without membership. Becoming a member can drop these prices around 50%

So if you went for an hour every weekend for a year the range fee cost would be around $250 membership and $1000 for the fees.

It is highly advisable to get some lessons when dealing with firearms if you have never handled them before. Probably essential.

A basic intro package and rifle training for a beginner might be around $400 as a total, but learning basic weapon safety is a must.

Almost all clubs will have a program to teach newcomers to the sport so ask around. It’s a good idea to do this first as you will get a taste for the sport before you commit further. 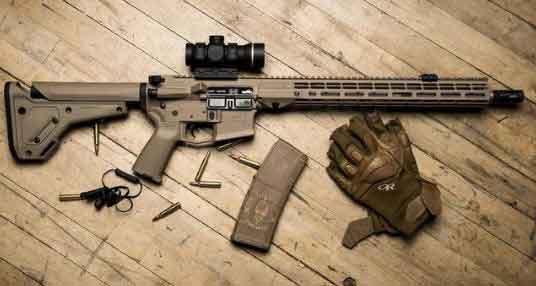 Private lessons beyond the training packages should be available should you feel you need more 1 to 1 tuition.

It’s also a good idea as you might be able to try a few different AR15s and see which style suits your preferences. It might even stop you making a costly mistake.

Overall, as a beginner spending $400 to $500 dollars on some lessons that may very well save either your life or someone elses is a good investment at any time.

The Annual Cost Of An AR15

So, that about wraps it up. You should have at least some idea of cost.

Despite this, the AR15 is popular because it is just so customizable. With it comes a vast array of improvements, that you may like but not necessarily need.

So if you plan to start sport shooting, and would like an AR15 style rifle as your weapon, then it can be as cheap or as expensive as you want to make it.

A good, new beginners AR15 style rifle should be around $800, with around  $650 for accessories. If you just want a budget red dot sight, and you may not around $100 would be an acceptable cost.

The ammunition might be around $2000 annually if you shoot a lot and range fees along with membership might be $1200 annually as well.

Add say $100 for background checks and a license, unless you live in a restrictive State and you have a total annual cost of $4850, or around $5000.

After all the initial purchases though, assuming you don’t add any more gear (and it’s a big if), you will only spend around $1500 on ammunition and $1200 on range fees, for a total of $2700, assuming you go every weekend.

It can be considerably cheaper if you buy bits second hand and don’t shoot as often as well. Whatever you decide to spend, please enjoy the sport and stay safe.