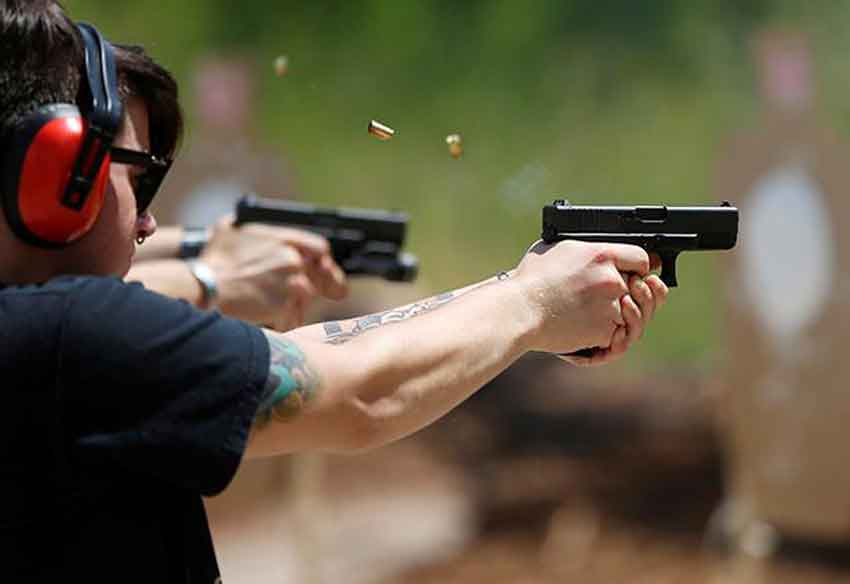 With the world seemingly going crazy, now is as good a time as any to pick up some valuable life skills. Most people have never owned, or even held, a gun before. They might even feel like breaking their way into this hobby to be a little daunting. Assessing the likely cost of starting is a good first step.

So, how much does it cost to begin pistol shooting? Although it isn’t the cheapest hobby to get in to, it’s nowhere near the most expensive either. A new pistol should be obtainable for around $500, with around $300 worth of accessories. A few hundred dollars on firearms training, and $1000 as an annual ammunition budget. There’s probably $500 on range fees and $100 or so on background checks and licences. All told, you will spend around $2600 on your first year.

There are quite a few initial costs to consider when you are just starting. Once they are taken care of, though, it should be smooth sailing. You, of course, need a gun. But, you also need accessories, ammo, licenses, lessons, range fees, etc. It can start to add up.

Luckily, this handy article is here to walk you through every step so you can get an accurate idea of how much it will cost you overall.

How Much Will You Spend On Your Gun?

Although, you will have your own preference for a weapon, that feels right for your shooting style, by examining a list of the most common firearms sold in the US you can get a good diea of how much you are likely to spend. 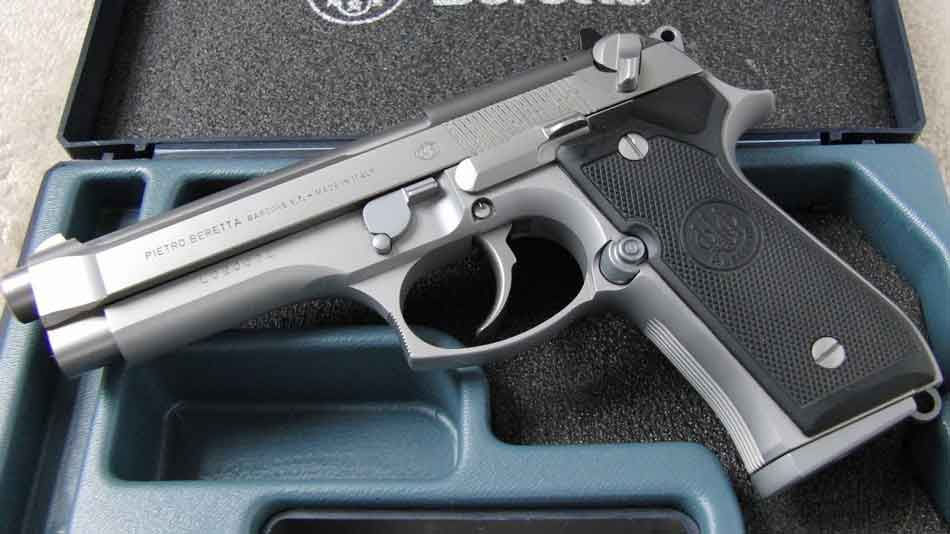 Below you will find a very handy table outlying the cost of almost a dozen great beginner weapons. They are a safe bet for even the most inexperienced shooters.

Of course, there is a difference between a $200 gun and a $1200 one. But, for you, it should be about preference above all else.

Size, weight, capacity, ease of use should factor in more than the initial price. Since once you buy the gun itself, you don’t ever have to buy another one if you don’t wish to. Some people still use their grandfather’s hunting rifle after all.

So it’s likely you would spend around $500 on a new firearm.

There are a handful of accessories you might want to purchase to make using your gun safe, easy, and fun.

For example, purchasing some cleaning kits or gun oil to ensure you keep firing smoothly (and safely) is a good idea. Learning to maintain your gun yourself is a big part of gun ownership. It can also save you money in the long run, as you don’t need to pay someone to do it for you.

You also need to consider where you will store your gun. Both overnight and when you are carrying it. A gun safe and a gun holster cannot be overlooked. A gun safe could cost you a few hundred dollars at least, more if you want to be able to store multiple weapons. 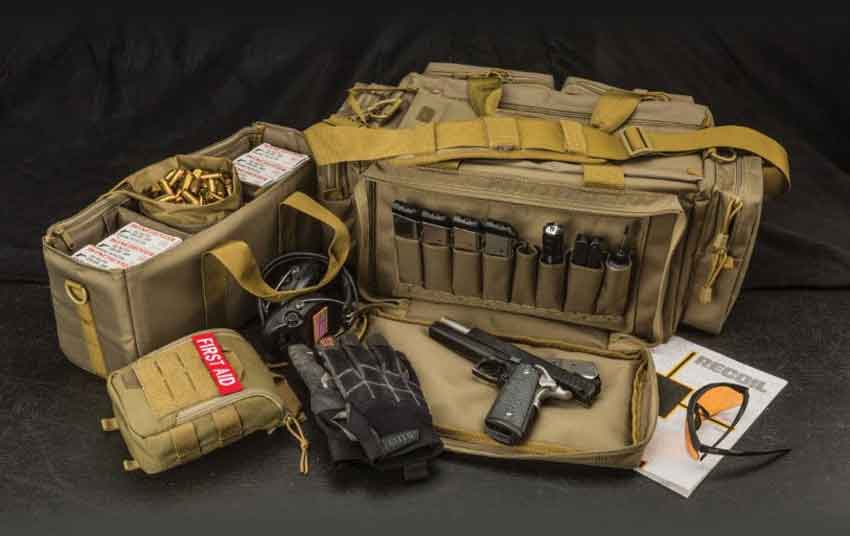 Typically, your gun will come from one magazine. Maybe two. You should probably consider buying a couple more to keep around the house or take to the range. Lastly, if you want to practice at home you will need to buy a couple of target practice sheets. They can be picked up at your local gun store for a few bucks each.

Other items, such as a holster and ear protection, would be around $50 to $60 and $30 respectively.

So, you may wish to spend around $300 to $400 on these accessories, depending upon your preferences.

Whether or not ammo is expensive is a bit of a paradox for some shooters.

If you look at as terms of cost per round, then you can get a 9mm round for about $0.19. For a magazine of 9 rounds, it’s going to cost you just shy of two dollars to fill a magazine.

Great, right? That seems pretty darn cheap. Except, when you start to consider how many magazines you might want to fire at any given trip to the range that number can start to add up. 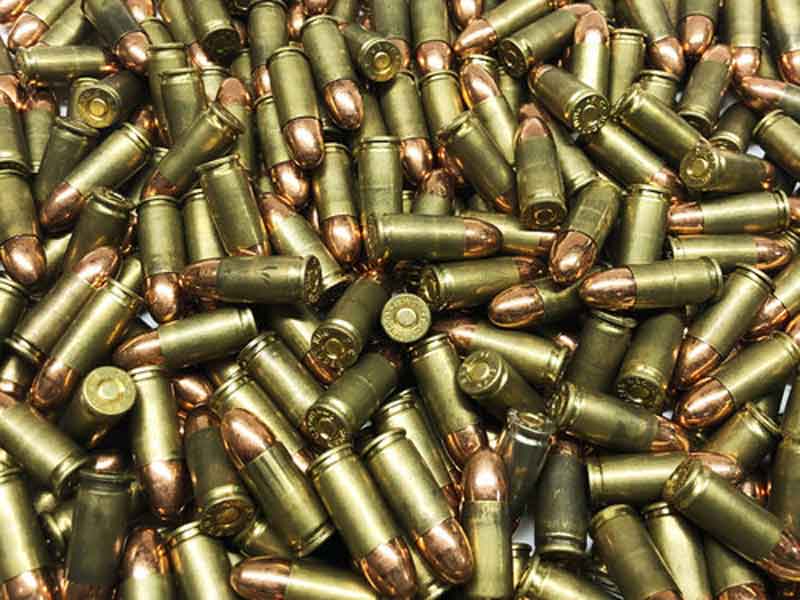 As a beginner, it’s safe to assume you won’t want to shoot too much per trip. Maybe 5-10 targets. at about $2 a pop that is going to cost you between $10-$20 in ammo per trip to the range. If you compare that to a higher caliber, like the .45 Auto, you are going to be paying closer to $0.25 per round. More if you want the full metal jacket ones.

How Much Will You Spend On Licenses?

Your license is pretty darn easy to get so long as you are knowledgeable enough to pass the easy test they give you. It only costs between $10-$30, as a way of ensuring that you are easy to track down if your gun is used in crime for example. 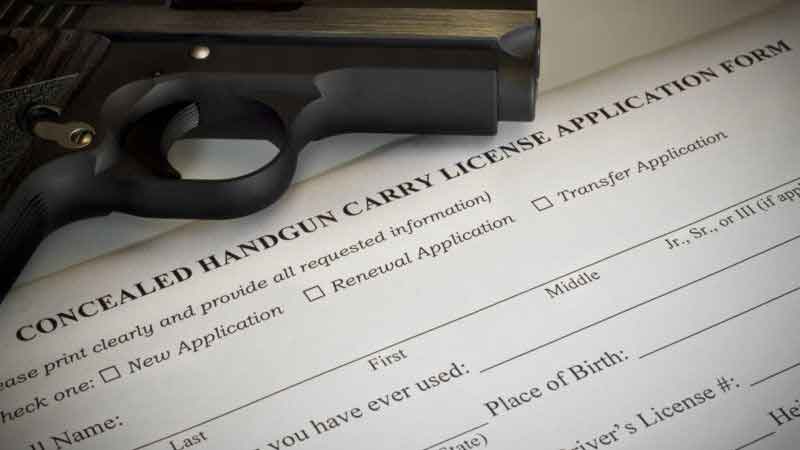 Where the price starts to get jumped up is when you try to purchase a concealed carry permit.

Some states are happy to let you walk around with a concealed weapon, some would even prefer it. But some require you to take some rigorous tests and pay a hefty fee. Vermont, for example, charges about $250 for such a permit. New York charges almost twice that, at $430. Some regions of California charge even closer to $500.

If you choose to concealed carry, without a license, you will be at risk of getting very steep fines and even prison sentences. States such as New York are very, very, severe when prosecuting offenders of such a crime. They strongly believe that preventing people from concealed carrying is safer for the people who live in their state. Whether or not you agree with that is up to you.

But assuming you don’t want to concealed carry, then a simple license should be around $30.

How Much Will You Spend On A Background Check?

Before you are allowed to make your purchase from a gun store, you will have to undergo a background check. They run your name and fingerprints against any ongoing crimes and check for past felonies.

If you have some, you will very likely be ineligible to purchase a gun.

Private dealers and sellers are not always compelled to perform a background check. But you will have to have one done when you register your gun, or you will be risking serious jail time. 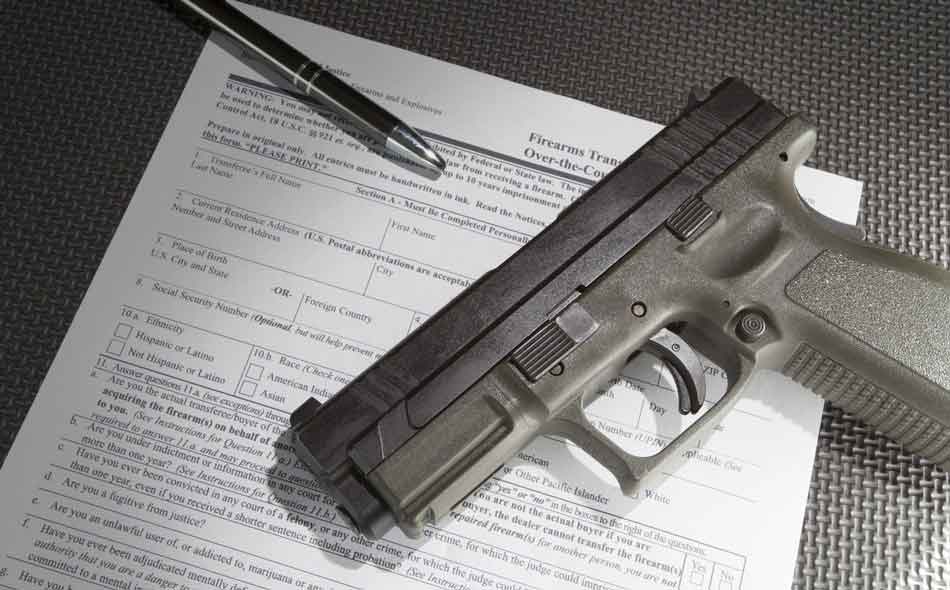 The background check only costs about a $20 flat-fee across the country. It is such a small fee that you should feel a financial and moral obligation to ensure you willingly have one done. Without getting it done, you may find yourself paying several thousand dollars in fines and legal fees. Not to mention that you will be spending up to as long as 14 years in prison.

So, in reality it will only cost around $20 for a background check.

How Much Will You Spend On Range Fees?

The cost of the range will vary widely from place to place. It will also vary based on the quality of the range.

To ballpark it though, you can expect to pay between $7 and $15 per hour on the range. That is enough to get through 5 or so targets if you are efficient.

Especially if you come with some ready loaded spare magazines. Which isn’t always advisable, many cops won’t respond well to finding a handful of loaded mags in your passenger side footwell.

Once you are down the range, there are some hidden costs to beware of. Luckily, all of those costs are tied to how clumsy you are. If you accidentally shoot out one of the lights down the range. That’s going to cost you.

If you damage the motor or mechanisms of the target machine, you are going to have to pay for that. Be careful, only shoot at the target, take your time, and follow the rules and you will have no trouble at all.

It’s likely you might spend around $500 to $600 on range fees, should you choose to shoot there.

How much training you undergo is largely tied to personal preference. However, there are some instances where the state will force you to take some lessons. For example, if you are applying for a concealed carry permit you will be expected to take a few lessons.

In some states, it may even be just one lesson. It will cost you between $50-$200 an hour depending on who your teacher is and how much they charge. If you are taking lessons on your own time, for fun/practice, you can expect to pay about the same.

Unless you participate in group lessons. Sometimes they will be organized by the range, making it both cheaper and easier to get yourself involved. Lessons are a great way to save yourself some time. Teaching yourself to shoot from scratch is no easy task.

As a new shooter though you will likely want some kind of training to fire a pistol. Basic weapon handling should be learned to minimise accidents.

Courses can range (pun intended) from $70 to $150 depending upon thoroughness, and proficiency. You probably want to spend a few hundred dollars here getting to learn from a professional how to handle a firearm.

Hopefully, you now have a pretty good idea about how much everything will cost you.

All in, you could be down the range with a brand new gun taking your first solo lesson for just shy of $1000. But budget up to around $2500 for an annual cost.

Once you are over the hump of getting into the sport or target shooting, the cost has a steep drop off. That is until you decide you want a new, bigger, better gun. As it is with every hobby, you will gradually find yourself wanting to expand your collection.

Your legal obligation to take lessons varies from state to state. However, you may wish to pursue further learning yourself. Firing your new gun safely is as important as firing it accurately.

A good teacher will help you do both. $1000 is just the baseline cost. If you wanted to purchase an expensive gun, not just a pistol, then the price could double or even triple. Guns cost will creep up on you.

Most gun stores worth their salt will be able to help you find the right gun for you. If not, you can always turn to the internet. It is full of gun lovers who are more than happy to share what they know and welcome a newbie into the fold.