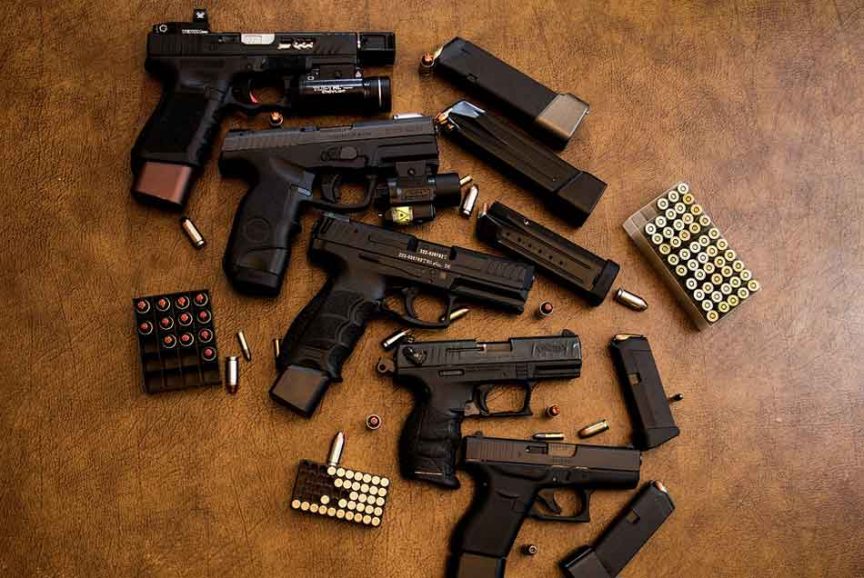 The weight of a round is often overlooked in ammo conversations. People are more focused on the bullet grain/weight, muzzle velocity, muzzle energy, and caliber.

However, a cartridge’s weight contributes to the loaded gun’s weight, impacting the recoil and the entire ergonomics of handling a handgun.

Without further ado, let’s analyze the weight of one of the most popular pistol rounds, the 9mm round. So how much does a 9mm round weigh?

Standard 9mm rounds weigh between 10g and 14.5g. A standard Maxxtech FMJ 115 gr 9mm round weighs approximately 14.06 grams. In comparison, a 65 gr Inceptor weighs 9.98 grams. The weight of a round depends on the amount and type of the propellant, the bullet grain, and the casing material.

How Much Do Live 9mm Cartridges Weigh?

Below are some of the most popular 9mm cartridges, their weight, and bullet weight.

As mentioned earlier, the weight of a round may vary due to several factors, including the powder, casing, and bullet grain.

You can derive the data in the table either by manually weighing the round on a scale. Or by dividing the box’s weight by the number of rounds as I’ve done in this article. 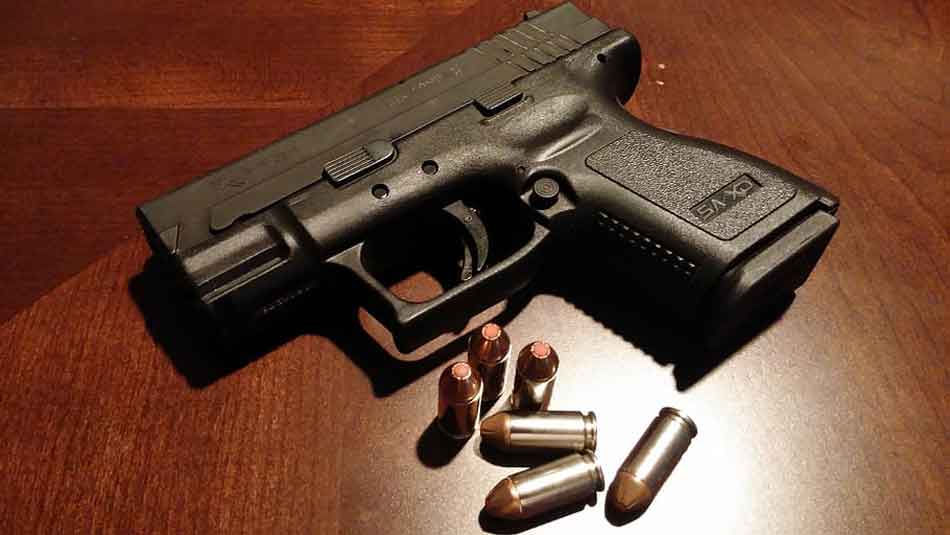 The Bullet Grain Of 9mm Rounds

Unlike the cartridge weight, the bullet weight is always indicated on the ammo boxes. As long as you’re aware of the bullet grain ranges available for the 9mm, you can determine when a bullet is too heavy or too light.

The bullet grain you choose depends on the task at hand. Lighter bullets have a higher muzzle velocity, manageable recoil, and they may be more accurate. However, they may not always have as much energy as the heavier bullets.

For long-range shots, a heavier bullet will maintain a flatter curve since it has the momentum. And the chances are high that it will reach the target with more muzzle energy than a lighter bullet. All weights are effective. You just have to match it with the application.

But bullet weight isn’t the only determining factor. You also have to consider the barrel length, type of propellant, muzzle velocity, and penetration vs. expansion.

The Impact of the Round’s Weight on a Handgun

Now let’s address the elephant in the room – how the cartridge weight affects a gun’s weight. We will consider 3 of the most used handguns – Berretta 92, Glock 17, and Glock 19.

The Berretta M9 is a variant of the Berretta 92 series, and it’s being used in the US Armed Forces. It has a 15-round magazine. Let’s say you’re loading this handgun with the Maxxtech 115 gr that weighs 14.06 grams.

So the rounds alone contribute 211 grams to the weight of the gun. An unloaded M9 weighs 970 grams (34 ounces). Therefore, a loaded M9 will weigh approximately 1181 grams or 2.6 pounds.

Glock 17 is another popular handgun that’s also chambered for the 9mm.

It has an unloaded weight of 625 grams (22 ounces), and it feeds from a 17-round double-stack magazine. Let’s load with the Winchester ranger FMJ that weighs 13.89 grams.

So a full magazine will weigh approximately 236 grams. A loaded gun will therefore weigh 861 grams or 1.89 pounds.

And finally, we have the Glock 19. It has a 15-round magazine capacity and an unloaded weight of 703.92 grams.

A magazine filled with the 14.06 Maxxtech 115 gr will weigh 211 grams. And the loaded gun will weigh approximately 915 grams or 2 pounds. 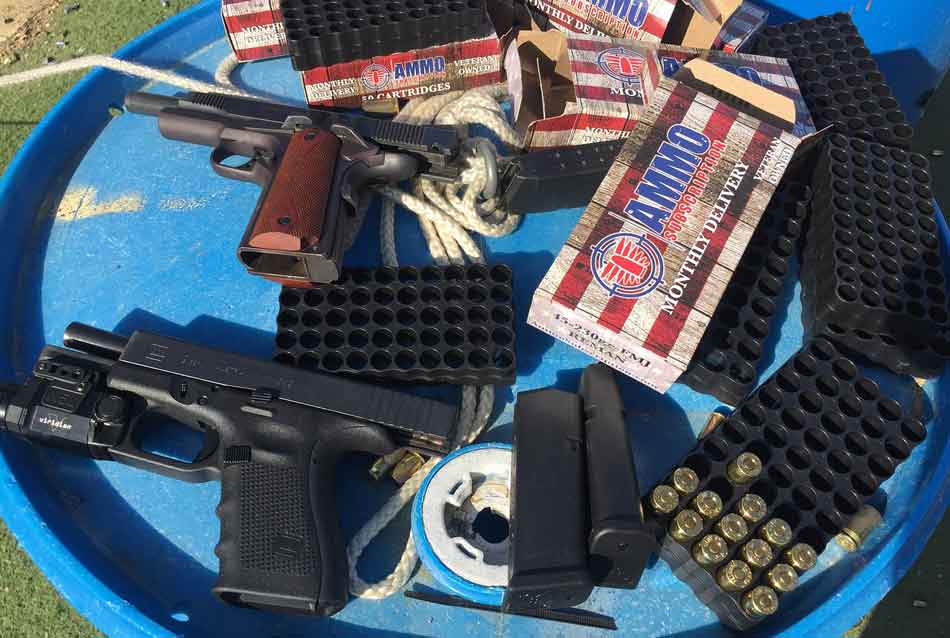 When considering a gun or the ammo to buy for it, you should also consider the round’s weight. As we’ve established, a full magazine increases the gun’s weight by up to 30%.

This is quite significant, considering you will not fire all the rounds at once. So if it’s a concealed-carry gun, you will be carrying around about 2 pounds of extra weight.

For a trained Police officer or Military Officer, this isn’t a big deal. But for a civilian, it can take some getting used to.