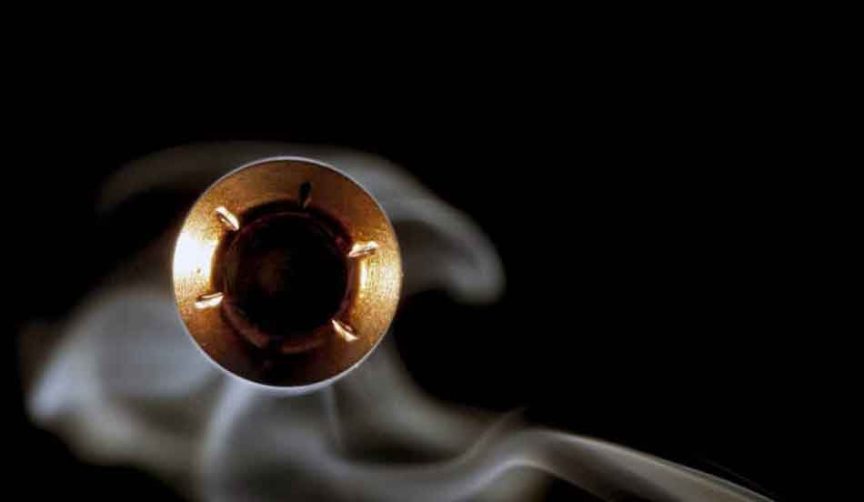 With all the excitement about the 9mm and the 40 s&w, people tend to think the 45 is slow and less effective. This is because the Military dropped it in the 80s, and the FBI also chose to use the 9mm recently.

Still, it remains a popular round, so when fired how fast do they travel?

The 45 travels at an average of 830 fps (253 m/s or 565mph), but there are several rounds to choose that are faster or slower. It has an almost equal stopping power to the other handguns, and the recoil isn’t as bad as most people think. 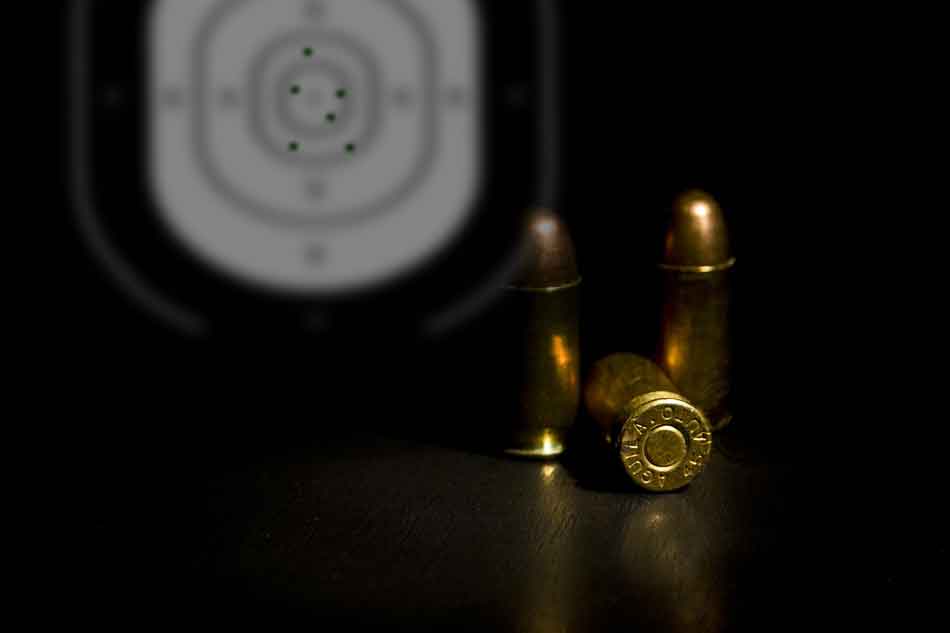 To learn what a 45 bullet is, what its performance is like and the trending speeds with respect to bullet grain, read on.

The 45 ACP (Automatic Colt Pistol), also known as the 45 Auto, is a handgun cartridge that dates back to the 1900s. It was designed in 1904 by John Moses Browning after there was a need for a bigger round that could incapacitate warriors.

It was during the Moro Rebellion in the Philippines where the US Military realized that the 38 Long Colt didn’t have enough stopping power against the Moro Warriors. They needed a larger caliber.

The reason why the Military may have stuck with smaller calibers in these wars, some as small as the 22 calibers, was that there was no penicillin. Therefore, even though one just got a small wound, chances were high that they would still get an infection and die.

The invention of penicillin, which could treat smaller injuries and the strength of the Moro warriors, necessitated a bigger caliber. That’s why the US military replaced the previous cartridges with the .45.

Currently, the .45 ACP round issued in the Military and other law enforcement agencies for the M1A11A1pistol is a 230-grain bullet that travels at 830 feet per second and operates at a chamber pressure of 21,000 psi. 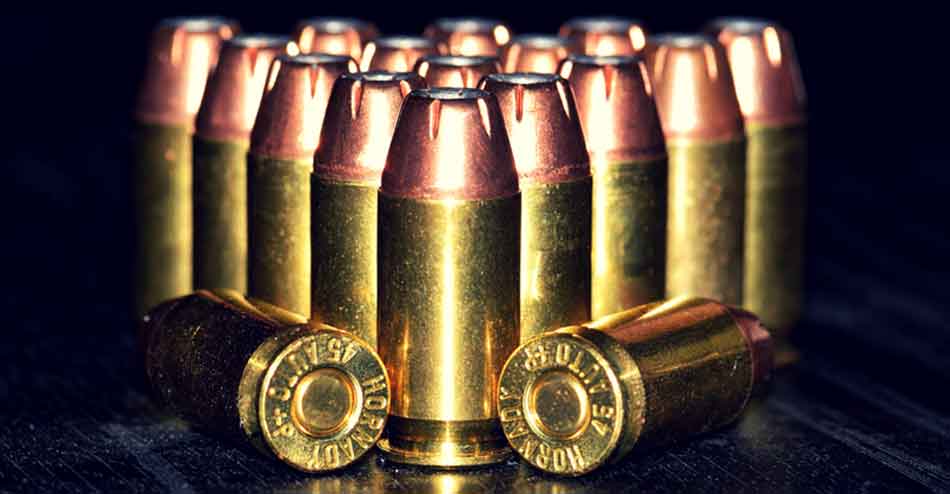 Even though the Military later replaced their handgun with the 9mm Berretta 9mm and the SIG Sauer P320, the .45 ACP is still a practical rifle used by both law enforcers and civilians for home defense.

However, it is shorter than the .45 ACP.

There’s also a .45 AutoRim designed for revolvers. Since the .45 ACP is rimless, you may need to use half-moon clips to fire them in revolvers.

Or, you can manually eject the used cases.

The main factors that influence the bullet’s path are gravity, wind, earth’s rotation, and the bullet’s nature. But let’s stick to the bullet velocity in this article.

A faster bullet is not always the best. Yes, it reaches the target faster, but it may have more recoil and may be less accurate than slower bullets. 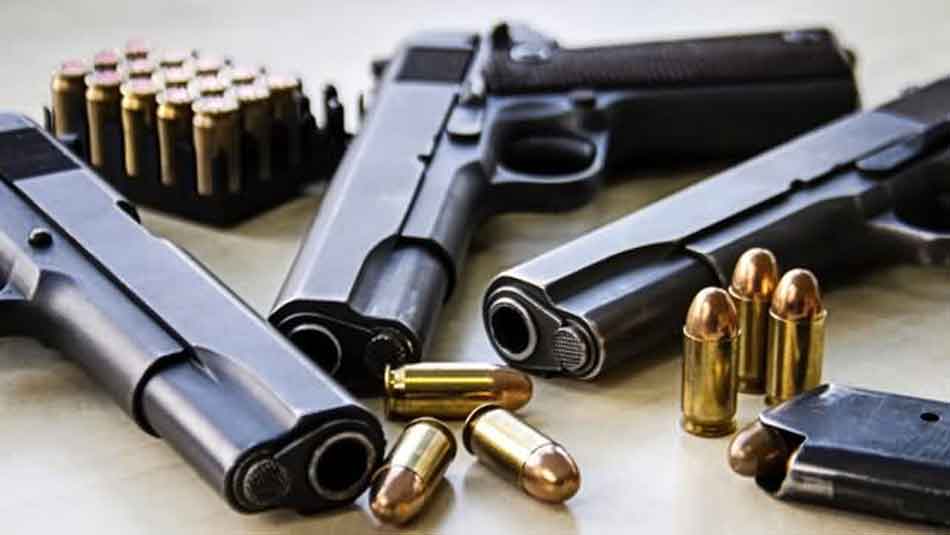 Whichever speed you choose depends on what you’d like to achieve.

Without further ado, below are the main factors that affect muzzle velocity. 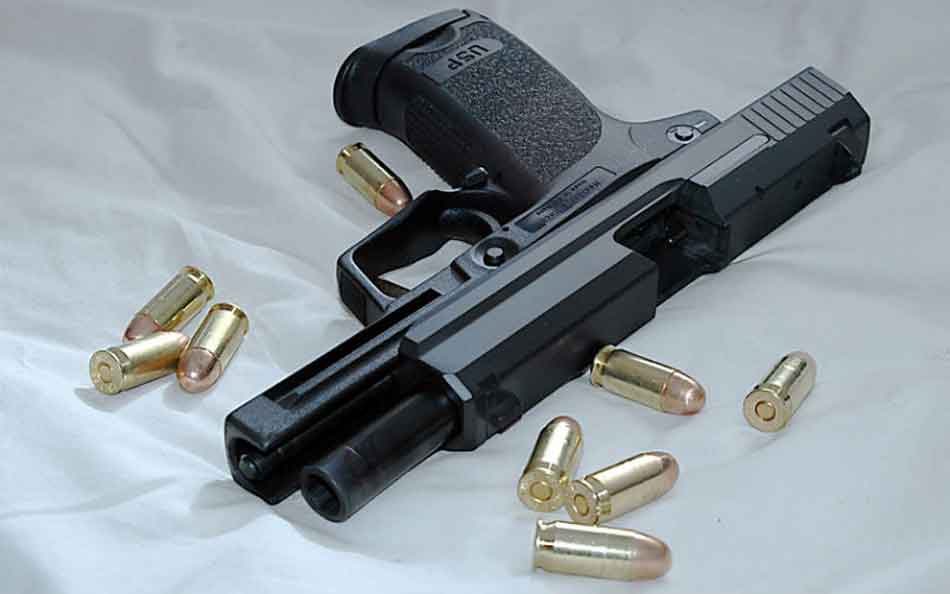 Traveling Speeds Of A 45 Bullet

There are several rounds based on the .45 parent case. Below are some of them and their average muzzle velocities.

The Performance Of The 45

Overall, the .45 is a good and accurate cartridge. It also has enough stopping power to incapacitate human targets.

It has more immense recoil than most handguns, but the recoil is manageable in most cases. The standard Government Issue .45 ACP is a 230 gr bullet that travels at 830 fps.

But as we’ve seen in the table, there are several rounds related to the .45, and they all have different muzzle velocities.

This cartridge operates at 21,000 psi, which is lower than the 40 s&w and 9mm parabellum. As a result of the lower pressure, rifles designed to fire this cartridge may last longer.

The reason it achieves high stopping power is its penetration rate, and the ability to cause a larger wound through expansion. Even though it may not penetrate enough to damage vital organs, the large wound is enough since it will cause extensive blood loss. 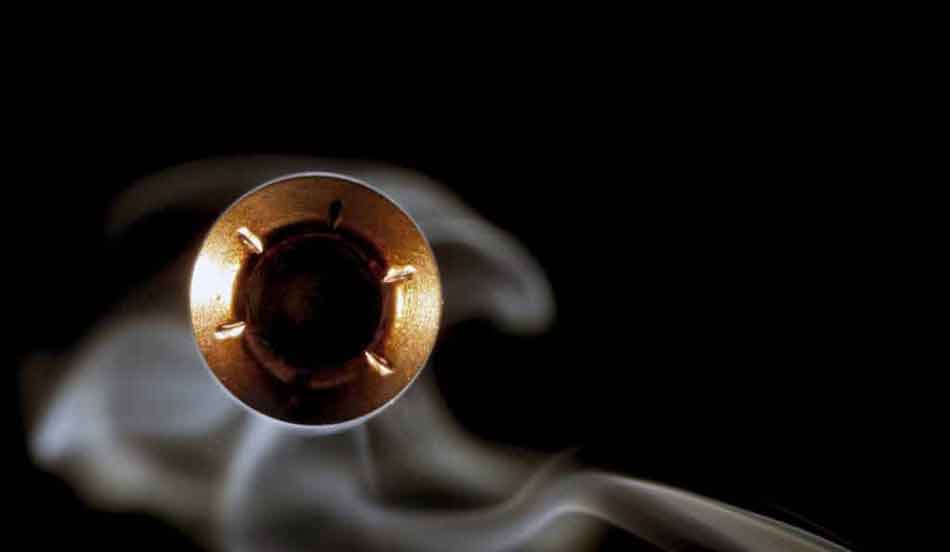 Despite having a lot of stopping power, this round was dropped by the Military since it’s heavier and more expensive to produce than the 9mm.

It’s also ineffective against regular armor. Due to its weight, it drops several inches in long-range shots, making it less suitable for modern-day combat situations.

The FBI also chose to switch to the 9mm since the .45 ACP has a lot of recoil, minimizing its accuracy in hot pursuits.

The fact that the .45 bullet was extensively used in wars in the 20th century shows that it’s effective in its own rights.

Traveling at an average of 830 fps, it has enough muzzle velocity and stopping power for law enforcement and home defense applications.

Better yet, there are several upgraded rounds that are faster, lighter, and more effective.

Despite the excitement around the 9mm due to its use in the FBI, the .45 ACP is still worth consideration.