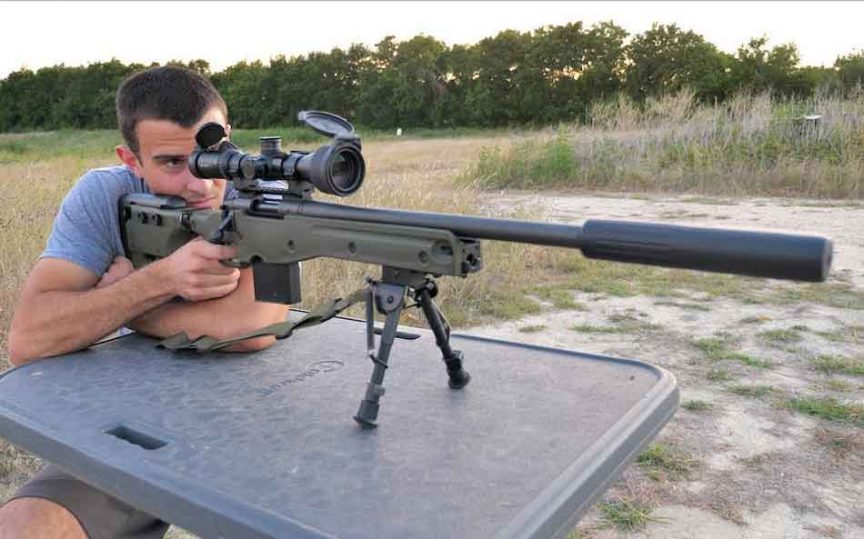 The reason is that it is considered more of a hunting round, being larger in caliber and thus has a greater range and the killing distance is further than smaller calibers. So a very appropriate question is ‘how far can a 308 bullet travel?’.

The ever popular 308 round has a rimless casing with a 7.62mm bullet that has a length of 51mm in effect mimicking the 7.62 NATO cartridge. 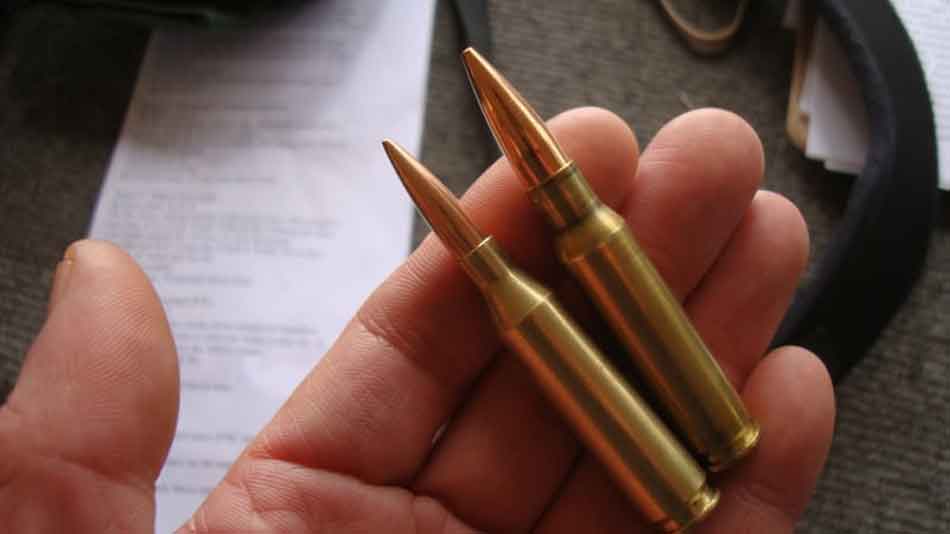 The cartridge is 71mm in length and has up to 56 grains of propellant to provide the explosive force to the round.

The round has a military history and begun when US troops were struggling against the superior technology of the Spanish during the Spanish American War in 1898. From this war came two cartridges, namely the .30-03 and .30-06.

The .308 round is considered a direct descendent of these two titans and originated during the height of the Korean War when US forces were involved in repelling North Korean aggression.

In 1952 a civilian version was released to the US market with the marketing advertising it as the round of choice for big game.

With its increased power and lethality the cartridge proved popular, and so it remains today.

The 308 Round – Going The Distance 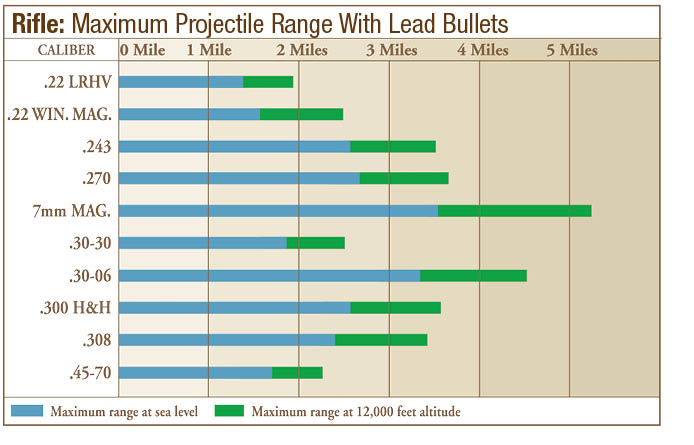 How that was calculated isn’t clear, but one assumes a massive amount of bullet drop was happing past the 2km level, and it’s probably completely ineffective on a hit at that range as well as being impossible to aim.

How Far Can A 308 Round Be Fired Accurately?

Take the following ballistics chart, which is pretty typical for a 308 round. 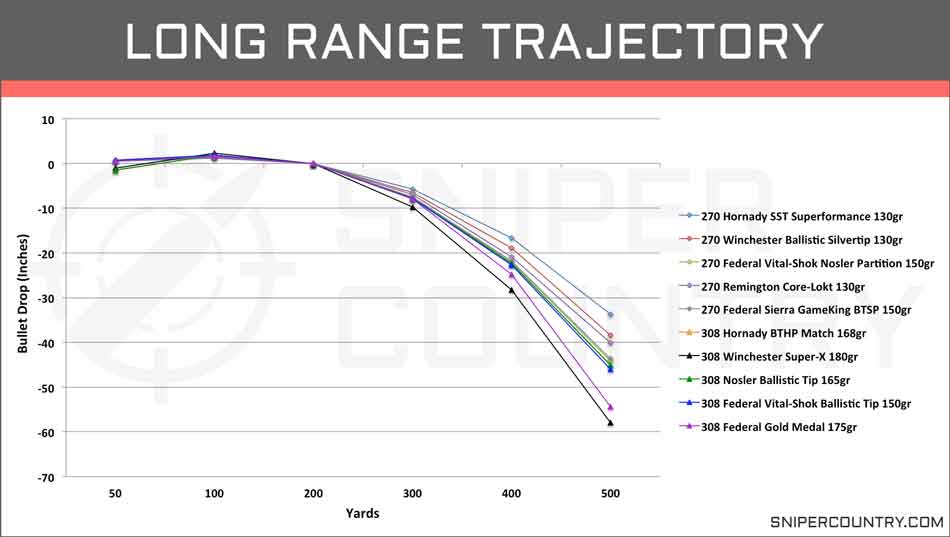 At the 500 yards (460m) range, a 308 round will have dropped around 40 to 60 inches, so if that’s enough to put it into the ground then the round stops there. At 500 yards it is still lethal should the round still be traveling.

So after 300 yards, a shooter needs to be prepared to adjust for significant bullet drop.

The 308 does have a magnum cartridge option that will give the bullet a little extra power, so elongate the flatter part of the curve and experience less bullet drop at the 1000 yard range

With all that said, I did find this video on YouTube with a shooter accurately hitting a human sized target at the 1500 yards (1370m) range.

The Effective Range Of A 308 Bullet

Because of the power and the flat trajectory coupled with lethality to around 1000 yards, the 308 is popular with snipers.

Its trajectory is pretty predictable, with a good history and experience behind it. Because of this, it is still used by a great many law enforcement departments.

So much so that it’s recognized as being effective out to about 1000 yards. Yes, it can be accurately aimed further but its lethality drops, and will probably not penetrate body armor or vehicle skins.

It’s not hard to find a great many people that tend to agree with the assessment of the US forces, and think that anything over 800m is the limit for very reliable shots that are accurate and repeatable.

You can zero to account for the bullet drop but it becomes much more unpredictable at that range, and hits are not as guaranteed by a good marksman.

Is The 308 An Effective Long Range Caliber?

The 308 round is popular for a reason, and if anyone is wanting a tried and tested round with capability for long range hunting, then the 308 is more than a match for them.

It’s probably lethal for longer than most can accurately shoot.

It has a very flat trajectory for 200 yards and will only drop between 5 to 10 inches, depending upon the round out to 300 yards. That’s pretty predictable and makes it a very useable caliber for hunting, or any type of shooting out to that range.

After around 300 yards, you will have to know your rifle and rounds more accurately and take into account the greater bullet drop. If you have zeroed your rifle for 200 yards, then to 40 to 60 inches of bullet drop could be very hit and miss depending upon what you are aiming at.

The 308 has many stalwart supporters and for good reason, as it’s a caliber used by military snipers. If a Marine sniper can target at 1000 yards, they feel a game shot at 400 yards is more than within their capability. 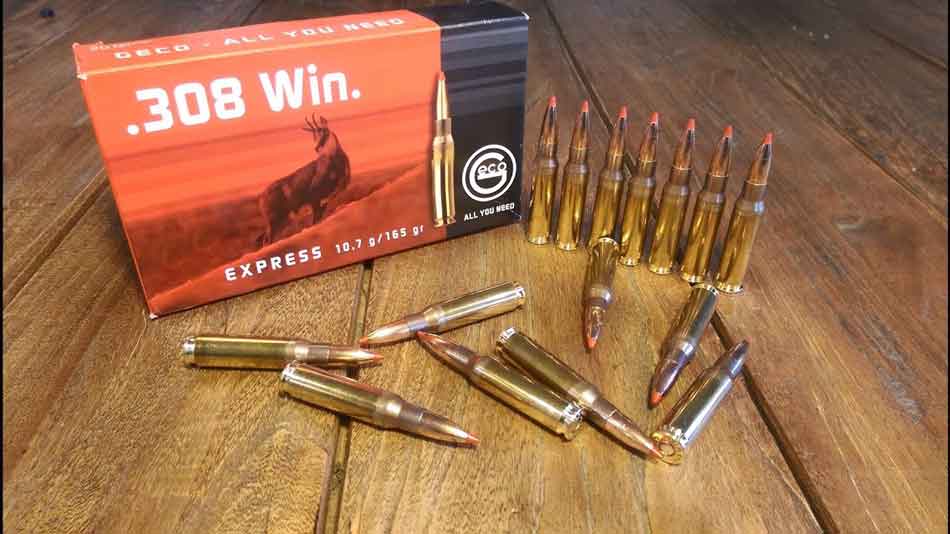 When applied to the right shooting conditions, the 308 is a more than capable round. Out to 300 yards, a really tight group should be achievable. Out to 500 yards? Less so.

So it will depend upon why you are using the round. Could you just miss, or indeed wound your target, making it more of an ethical decision.

The 308 is essentially a tried and tested round, still used the US military and law enforcement. If snipers use it in the Marine Corps, then it should be good enough for the rest of us.

It has a flat trajectory and can be used reasonably accurately to just over 300 yards, and is lethal enough to take any American game animal. 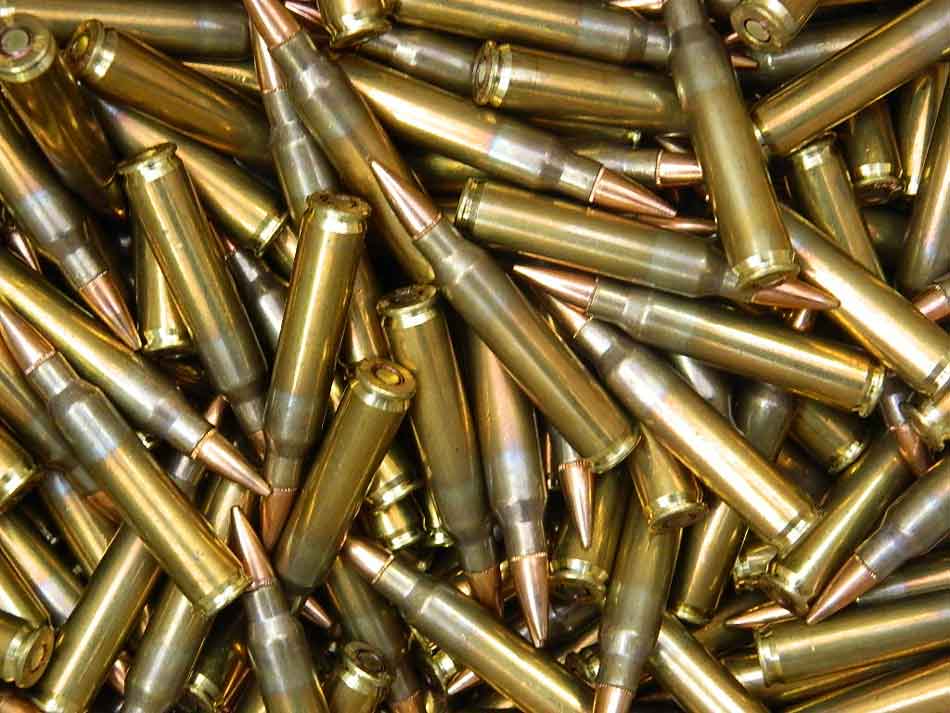 It’s common, popular, and coupled with a good sniper rifle and scope is a very fearsome combination.

Whether the 308 round is still going to be around in 20 years is another question that we will all have to track and find an answer for. The 6.5 Creedmoor is becoming a popular round, but the 308 is more than capable of seeing of pretenders to the throne.

It’s a good choice for those interested in accurate shooting, is reliable, and lethal out to a range beyond most of us.