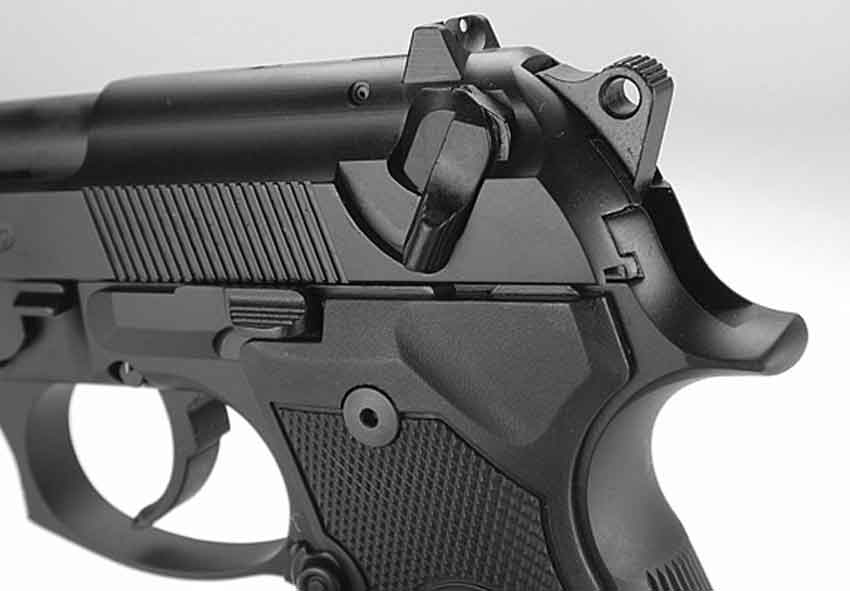 Having a de-cocker is one of the most effective safety features a firearm can have. Whether or not you want or even need one is often a matter of personal preference.

By the end, you should have everything you need to know about de-cockers to use them safely and effectively.

What Is A De-Cocker On A Pistol?

A de-cocker on a pistol is a clever little device that stops the weapon from firing. Even if the trigger has been pulled the weapon will not fire, even with a live round already in the chamber.

The de-cocker is a lever that blocks the hammer from retracting and slamming down fully. It cannot reach the firing pin so in theory the bullet never has the energy source to fire. This is a highly important safety feature, especially for people who need their weapon to be as close to being ready to fire as possible.

If you are a cop or a soldier, then being ready to fire your weapon with just the flick of the de-cocker switch is vital for your safety and that of others. Without it, you would need to load, cock, and fire your weapon in the heat of the moment. When every second can count – this isn’t always possible.

Another advantage of a de-cocker for your pistol is that it allows you to already have your finger on the trigger. Good trigger discipline is a crucial skill for gun safety, but, does cut down on time. By using a de-cocker you can flick the safety on and off with your thumb, never removing your finger from the trigger.

An example of how this could be useful is if you are a cop. If you have your gun trained on someone you don’t necessarily need the safety off. They have no idea if your gun can or can’t fire, all they see is a trigger on the finger. Normally this is enough to de-escalate any situation. If it isn’t, you can flick your safety off with minimal movement without anyone but you noticing that it has happened.

Additionally, you could look at even more intense situations like soldiers moving through a live combat zone. They need the safety on so their gun doesn’t go off when they are running, climbing, or scrambling over the local terrain.

Guns get banged around pretty hard during these activities, so having a de-cocker to ensure your gun doesn’t go off in your hand either injuring you, your buddies, or alerting the enemy to your position is highly important. But, you still need to be able to switch to being able to fire at a moment’s notice. In comes the de-cocker. They are typically found on pistols but can be found on many different semi-auto firearms. 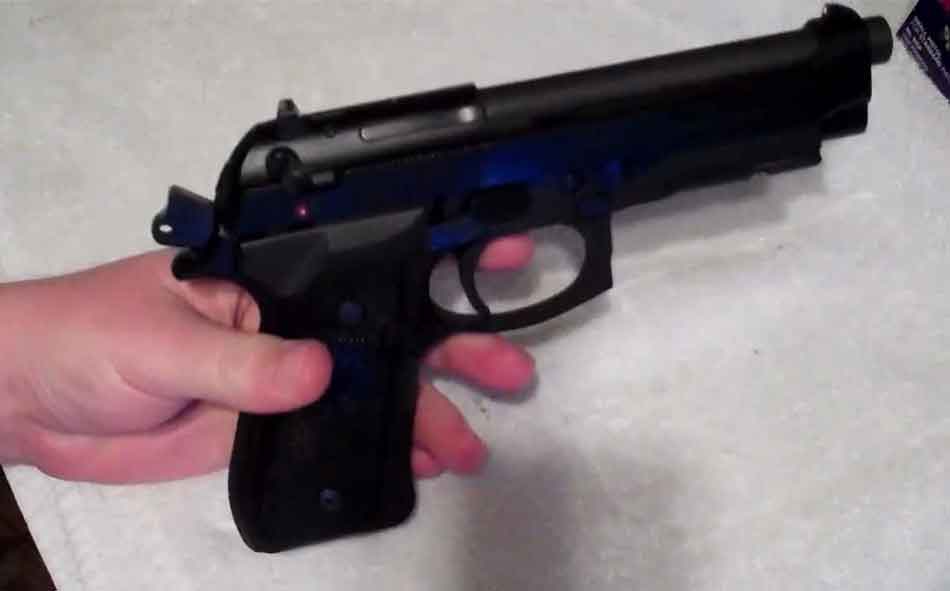 The Beretta 92fs does have a de-cocker safety feature. This is one of the reasons its such a popular firearm in law enforcement and previously in military settings. Its use has decreased, but it still holds an impressive presence in both institutions. The Beretta 92fs has a very effective safety de-cocker that can be found on the very back right on the frame of the gun.

Since by default all Beretta 92fss are righthanded, the positioning of this safety feature is very consistent.

The 9sf has a two-position lever. Simply put, they are up and down. With off and on being the respective safety setting. If you pull the lever safety down, it blocks the hammer from firing. When you push it back up, it will no longer block the hammer.

There is an argument to be made that the safety on this particular sidearm is way harder to turn on that it is to turn off. There are two ways you could look at this. First, the fact that the lever is so easy to turn off could lead to various accidental discharges.

However, this can be avoided by having good control over your thumb. You shouldn’t be turning the safety off by accident. Then, on the other hand, having a safety that can be removed so easily is great for when you need to be able to fire quickly. It is up to you to decide whether or not this feature is good or bad. It largely depends on your thumb control and personal preference.

The Beretta 92fs is designed to be light and versatile, so it is expected to be carried for prolonged periods. If you are looking for a weapon that can be kept in hand comfortably indefinitely, having an easy to use failsafe is so important. The longer your gun is out the higher your chance is of dropping it, knocking it, etc. Having a de-cocker is the best way to keep you and those around you safe.

So, hopefully, you now have a pretty good idea about what a pistol de-cocker is and how it works. The de-cocker than can be found on the Beretta 92sf is very similar to how the safety on most other pistols is used.

The Beretta 92fs has one of the easiest to use de-cocker. To re-affirm, simply flick the lever back with your thumb and the hammer will be blocked from coming in contact with the firing pin. Even if you were to squeeze the trigger as hard as possible nothing would happen.

When the lever is pushed back to the standard off position, pulling the trigger will once again allow the hammer to hit the pin. From there the standard process of a bullet being fired will take place. This safety feature makes the Beretta 92fs carry safe and worry-free.