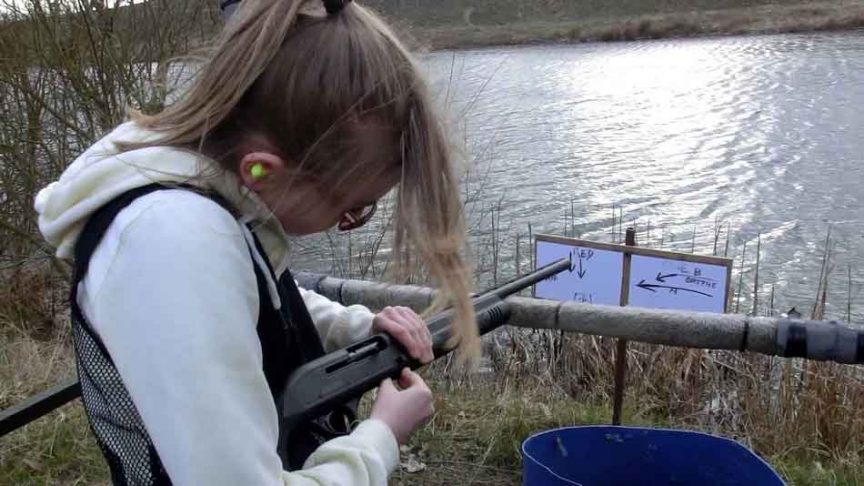 With many a broken clay pigeon landing in a field awaiting the rain and the shoots near lakes, it’s an important question to ask, whether those clay pigeons dissolve in water?

No, not all clay pigeons dissolve in water as many are crude oil based. Clay pigeons are made of artificial fillers and binding agents such as petroleum pitch, resin, tar, and limestone. Based on the materials they’re made from, some of them may be toxic to wildlife. Recently, however, biodegradable ‘clays’ are available for those needing and environmentally friendly option.

Many people assume that just because they are known as “clay” pigeons, they are made of clay and are biodegradable. Others also assume that once they end up in the water, they dissolve over time. 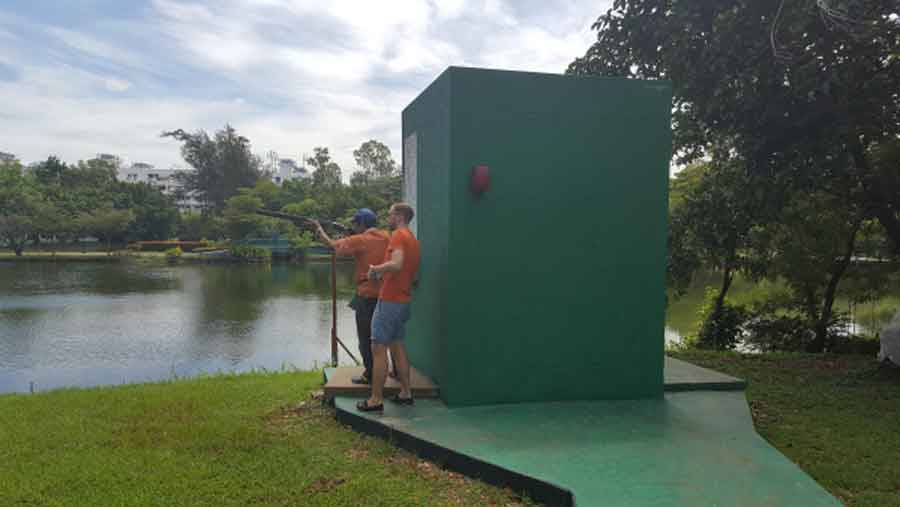 Why It’s Important To Know

Clay pigeons are a great way to practice aiming at moving targets like birds using your shotgun, as well as for recreational shooting and the unpredictability of sporting clays.

It’s even a sport in the Olympics.

They are often shot at in open fields, in the rain, and even over lakes, ponds, and other water locations.

Since the clay pigeons, you shoot nowadays are made from materials that could be toxic, it’s essential to know what happens to the broken pieces.

What Are Clays Made Of?

Clay pigeons are targets used during sports and shotgun target practice. Even though they are known as “clay pigeons,” they are not made from clay.

They are made from petroleum pitch (derived from crude oil) and talc (calcium carbonate) or limestone. The Petroleum pitch is the binding agent, while the talc is the filler. They were first designed in the 1920s, and the first automatic machine for molding the clay pigeons was designed in 1947.

Over the years, the targets’ manufacturing has evolved to include materials that are more environmentally friendly.

They are actually black from the crude oil byproducts when they are made and are painted with binders, fillers and biodegradable paint pigment.

Clay pigeons can be thrown by hand or by an automatic machine. They are designed to be brittle but easily broken upon impact by just a few pellets in the shotgun ammo.

Do Clay Pigeons Melt In Water?

Most clay pigeons don’t dissolve water since they are hydrocarbons, which are highly non-biodegradable.

That’s why you’ll find some pieces in the fields and the ponds after a long time.

However, recently manufacturers have been using biodegradable and even edible materials by birds and other aquatic animals.

One of these is made from birdseed, sugar, and water. 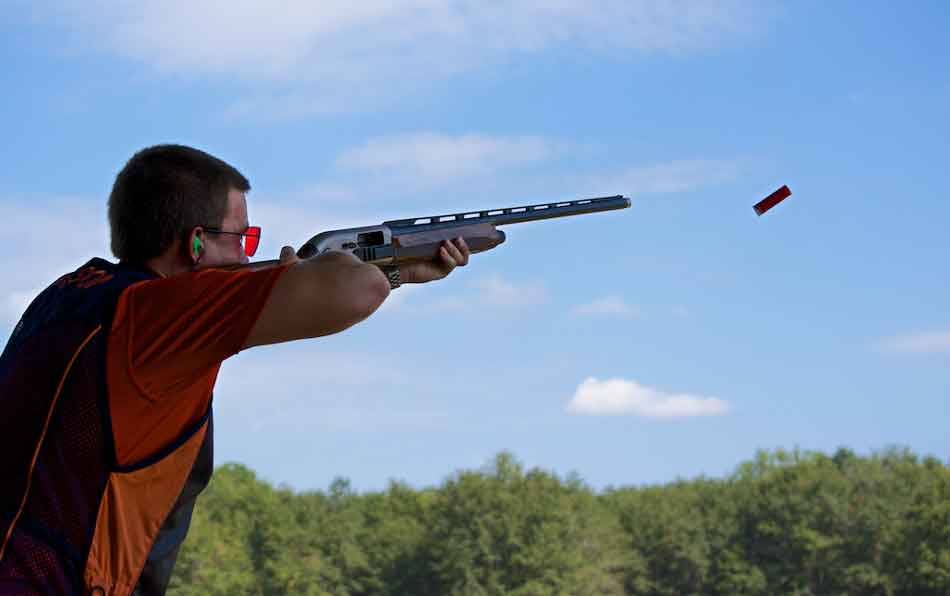 A lot of people believe that clay pigeons are toxic to hogs.

Even some of the clay package boxes have a warning that the clay pigeons may be toxic to swine, especially those made from tar.

Overall, the study found that even though clay pigeons aren’t toxic, they contain many PAHs (Polycyclic Aromatic Hydrocarbon). These PAHs are strongly bonded together and may not leach into the soil for a very long time.

However, clay pigeons still pose another environmental risk. Those branded as biodegradable contain considerable amounts of lead. This lead eventually leaches into the soil, lowering its pH (acidifying the soil).

As a result, since most plants can’t thrive in high soil acidity conditions, you may experience vegetation loss in shooting ranges. 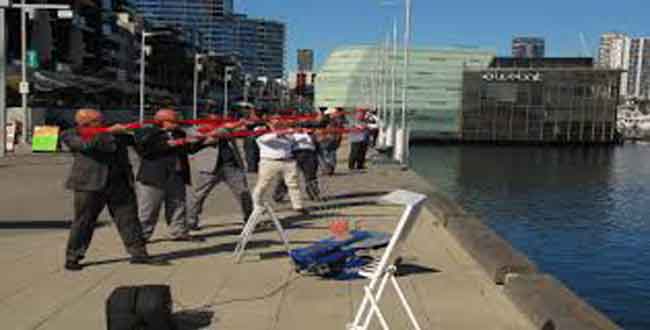 Shooting clays over water can be an exhilarating experience. Learning to track the flight of the clay and hitting when it slows down.

The enjoyment of seeing it break midair is an experience we always long for. But sometimes you wonder where these pieces end up. You shatter the clay into pieces, and they end up in the lake, pond, or any other water body that you’re shooting over.

Well, as we’ve seen above, the pieces will end up at the bottom of the water body and take a long time before they break down.

It would be best if you were concerned about those containing lead since lead is known to affect waterfowls and ducks that dive to the bottom.

That’s why most States regulate the use of naturally occurring lead during target practice. For those whose ponds are within their private property, it’s your responsibility to protect the animals in your land by analyzing any effects the targets may have on them.

How Long Do Clay Pigeons Take To Break Down?

After they drop to the ground, they break into smaller pieces (also known as weathering) after about two years.

But several factors affect this breaking down, causing it to take longer or a shorter time.

For instance, if you use heavy machinery on the shooting range, you may have already crashed the clay pieces. 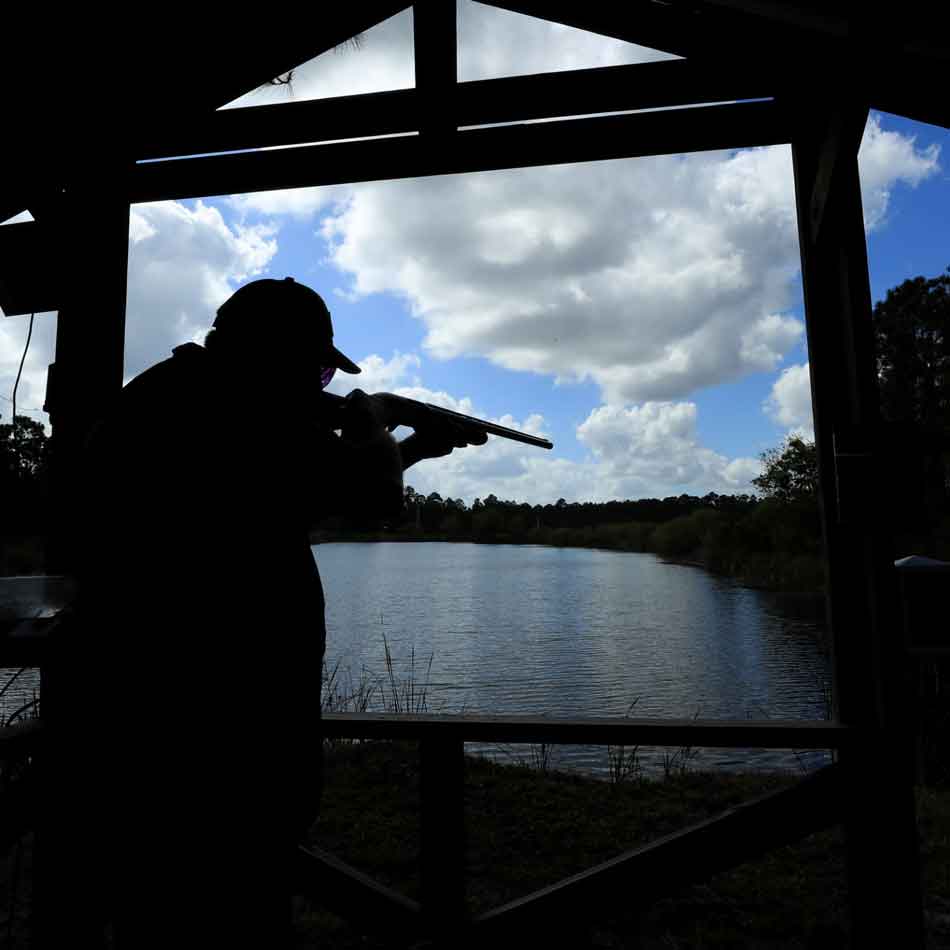 Even though they break down into smaller pieces, materials like resin are not biodegradable. The good news is that you can opt for the biodegradable brands which feature soluble materials.

But even the biodegradable options still leach lead into the environment, but they’re better if you don’t want to litter the shooting area, and there’s no vegetation growing there.

Clay pigeons were first composed of clay soil, which isn’t biodegradable either, but it has fewer environmental effects than the petroleum pitch.

And even though you were to build the targets out of clay soil, they would be hard to throw, and even hard to break.

It all rolls down to the ingredients in the clay pigeons.

Non-degradable clay skeets are made petroleum which are not soluble in water.

They will just breakdown and sink to the bottom of the body of water. But biodegradable skeets do dissolve in water.

Some of them are made of edible materials by birds and other aquatic organisms and soluble materials like sugar. When cleaning, you can always pick the larger pieces of biodegradable clay targets, but the small pieces can be left to dissolve.

Can You Shoot Clay Pigeons In The Rain?

Do you fancy shooting at clays when it’s drizzling? I bet you do. Especially when it’s foggy, it adds to the difficulty of finding the target, making the sport more engaging.

Too much fog may be dangerous, so be careful in such weather.

Clay pigeons can be shot in any weather, whether in snow, rain, fog, or sunny. Each weather has its advantages and disadvantages, so you should prepare to adjust your technique.

What you should be worried about is the shooting experience and your health. You can’t go trap shooting in T-shirts and shorts since you may get a cold or worse ailment.

The cold that comes with the rain can also make your hands numb, making it difficult to pull the trigger.

Some of the heavy clothing designed for such climates may also limit your movement. Luckily, some clothes are designed to offer warmth and flexibility. Make sure you have gloves, shoes, and jackets that are suitable for clay shooting.

However, other than the ground issuing a restriction on shooting due to inclement weather, you can actually shoot in the rain with no legal issues or serious concerns.

Other than your shotgun may need extra care taking of it when you clean it, to avoid rust. 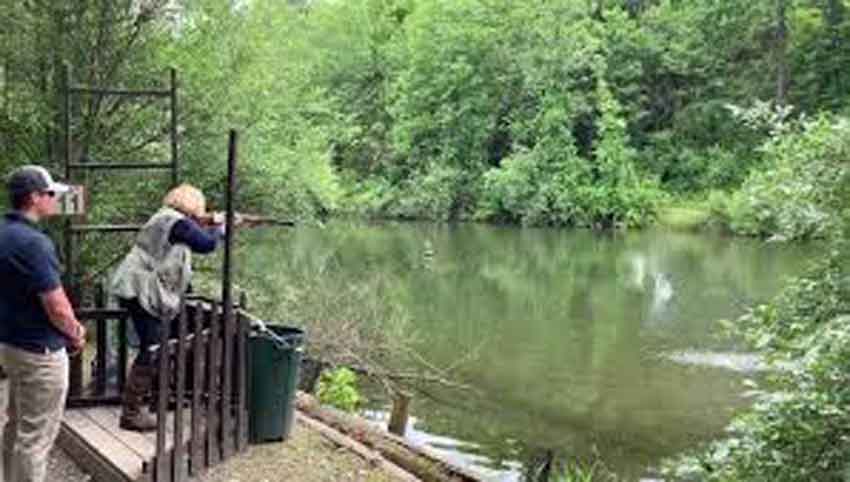 As much as the exercise of shooting at clay pigeons is exciting, it’s crucial to know where the shuttered pieces end up. Most of the clay pigeons are made from petroleum residuals, limestone, and chalk, and they do not dissolve in water.

The biodegradable ones are an excellent replacement, but they are more expensive, may be harder to break, and they leach lead into the water bodies.

I would first assess the wildlife in the shooting range and the water bodies and try to choose the clay pigeons with the least adverse effects.