Chances are you have used, or certainly seen, a Mossberg 500 at least once in your life. This very famous pump-action shotgun is popular for a reason. It’s reliable, powerful and pretty darn accurate. But, can a Mossberg 500 shoot slugs?

So, can you shoot slugs in a Mossberg 500? Yes, the Mossberg is certainly capable of shooting slugs. But, there are some conditions. First, it is typically a good idea to have a wider choke tube for firing slugs. Or, you could use rifled slugs. Rifled slugs act as though the barrel of your gun is rifled, even though it isn’t. At least, that’s how it should work in theory. This article contains everything you need to know about shootings slugs with your Mossberg 500. 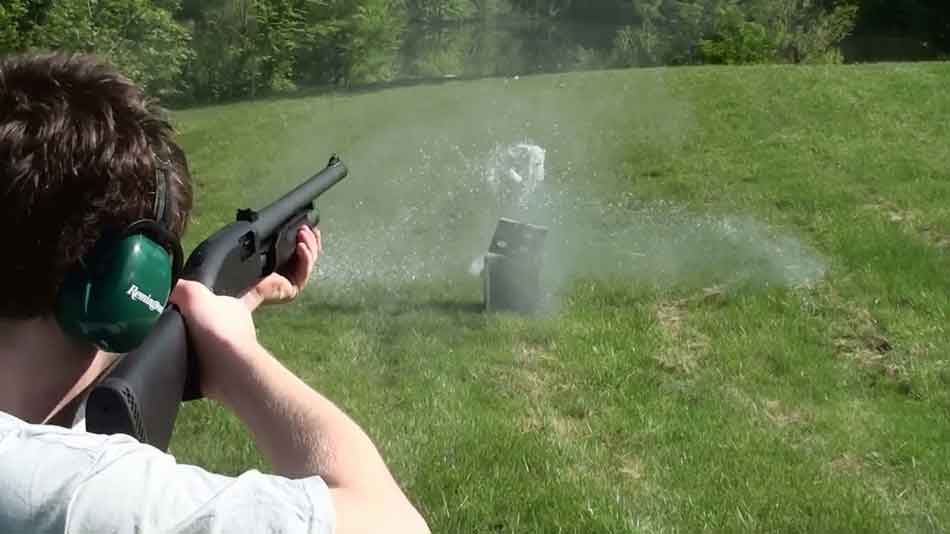 Why Do People Need To Shoot Slugs?

The general idea behind a shotgun is that you are shooting shot, sometimes called buckshot, out the end of your gun. This shot has a widespread of course lead and is catastrophic to whatever it hits. Pump actions shotguns were so powerful in world war one that the German government hilariously requested that Americans stop using them in trench warfare. Of course, the US government told them where they could take their request. And rightly so.

Slug shots, on the other hand, are essentially one heavy projectile. It does not break up as shot does. There are a few reasons to use slugs, the main one being when you are hunting. If you are hunting elk, for example, you might kill it with a few close range rounds of buckshot but your meat is now full of led shrapnel.

Another use is the police force. They typically are equipped with shotguns as well as sidearms. The problem with firing a shot at a target is the likelihood that bits of the shot will miss and hit other people. At close range, firing buckshot at a person could potentially blow them to pieces. It is more humane for the animals and people if they are on the receiving end of a slug instead.

Do I Need A Slug Barrel To Shoot Slugs?

There are a few things to consider when deciding whether or not you can shoot slugs. The first is the barrels choke tube. Normal shotgun rounds are often bigger than slugs, so while your slug may fire it is going to be very inaccurate. You can counteract this by choosing to use rifled slugs.

They are a different shape so they act as if the shotgun has been rifled. They act, not always particularly well, but they are suitable as a bare minimum. Having a wide choke is often necessary for firing slugs.

Next, you want to consider the barrel type. Does it have a rifled bore or a smooth bore? It makes a big difference. It is possible to fire a slug out of either but the results are going to be vastly different. To understand why it is important to understand what the differences between a rifled and a smooth bore are. Here is a simple breakdown:

A rifled bore has a machined, almost spiraled, barrel. When the bullet is fired out of the gun it is caused to rapidly spin. This spinning motion is vital for accuracy. The spins set the bullet on a very specific trajectory that it cant deviate from. Where you point the gun is where the bullet will go. A rifled bore will not work for the normal shotgun round as it first wouldn’t fit down the barrel properly and secondly nor does a shotgun round need to spin. It gets its accuracy from spread, not precision.

There is a larger area within which the bullet might hit. The further the distance you are firing the bigger this area becomes. Firing a slug over 100 yards accurately with a smooth bore requires a lot more luck than skill. 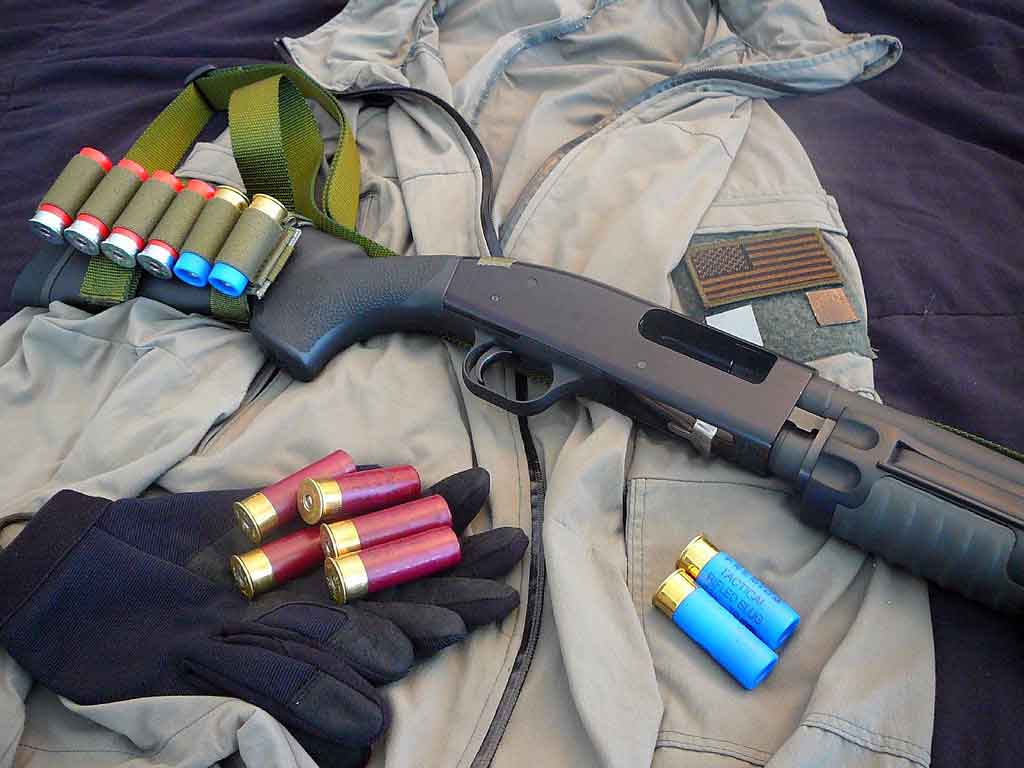 In theory, a slug should not damage your shotgun. If that were the case they simply wouldn’t still make them. A slug should fire just fine, without damaging your barrel, regardless of whether it has a rifled or smooth bore or what size choke you have. It is a good idea to fire with a wider choke but you don’t have to per se. The only way you might damage your barrel is if it has been over bored. If the barrel is now too wide, the bullet will vibrate harder down the barrel as it has more room to bounce around.

This likely won’t break it in one go but the chance of it happening will increase over time. If you have an overbored barrel and some kind of aftermarket attachment on the muzzle, like an extended barrel, it is far more likely to damage your barrel.

Hopefully, you now have a pretty good idea about how shotgun slugs work and why. So much of whether or not you can use them is really based on whether or not you should use them. So long as you haven’t overbored your barrel you will be fine. If you planning on using your shotgun at a short-range, you won’t even need to change the barrel.

If however, you are planning on firing your weapon over long distances, you simply won’t be accurate enough without having a rifled barrel. Good luck with whichever barrel you end up choosing!