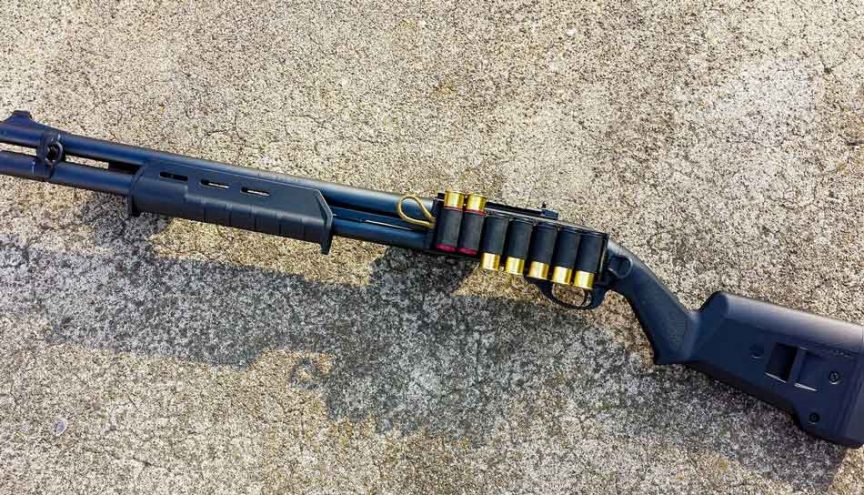 The Remington 870 is a tremendously powerful shotgun. It has been precision engineered to be as versatile and powerful as possible. It also has many variants, which are designed for different purposes/

There are plenty of different shell types that work harmoniously with this weapon giving you plenty of options. But many like the advantages of 3 inch shells, and if you do what variants of the Remington 870 take 3 inch shells? 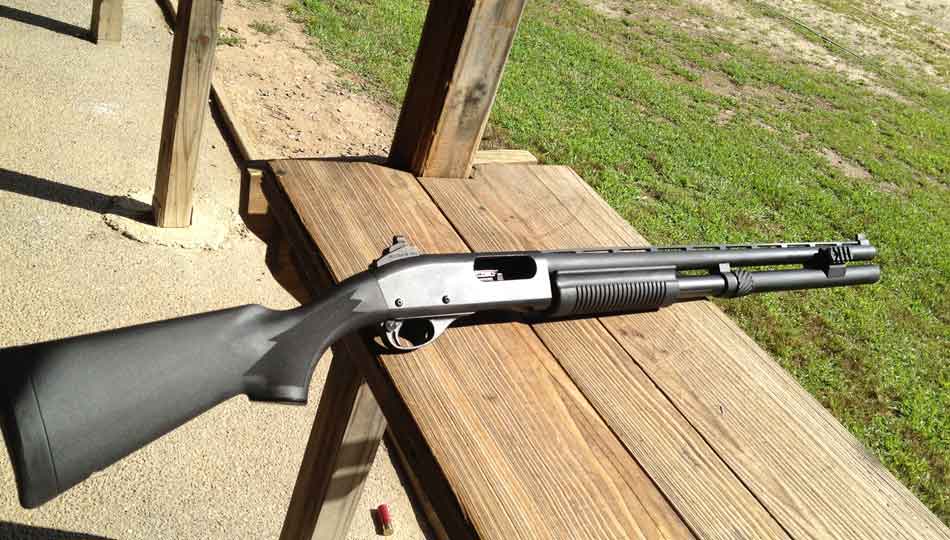 Remington Arms is responsible for a variety of highly impressive and very popular weapons. One such weapon is their fantastic Remington 870 pump-action shotgun.

This shotgun is very powerful, with a lot of options available to you regarding ammunition and customizability. The 870 has a reputation for being a good shotgun for competition shooting and hunting.

Its power and ease of use make it great stalking your prey, or taking them out from a distance.

Remington 870 also regularly sees military and police use, and have featured prominently in multiple Middle Eastern wars. Namely the wars in Iraq, the Lebanese civil war, and, of course, Vietnam.

The Remington is decent at long distance and is entirely overwhelming and devastating when used in close-quarter combat.

The Remington 870 was designed and began being distributed in the early 1950s, not much has changed to the overall design since then.

If it ain’t broke, don’t fix it, seems to apply here very well. There are several variations of the 870 which all have minor differences, but the base model is pretty consistent across them all.

What Are 3-Inch Shells?

3-inch shells are shotgun shells that are 3 inches in length.

They are one of the biggest rounds available, as anything bigger requires far more power to get the force needed to do any real damage.

3-inch shells are bigger than your standard shot, meaning there are going to be more pellets inside the shot itself. You will be able to do more damage to a target with a good shot and be more likely to hit your target if your accuracy isn’t quite there yet.

A lot of people choose to use bigger shells like the 3 inch when hunting birds such as ducks or geese, especially from a distance.

They can be very fast, so using a bigger shell gives you a much better pellet spread improving your chance of hitting your target. This is especially important at long distances.

From short-range, shooting a duck with a 3-inch shell is going to obliterate it. You won’t want to eat a duck that’s 90% pellet. It’s important to note that when measuring the size of the shell we are generally looking at the post fired shell for our measurements.

This is an important distinction because when then the propellant explosive section of the shell is separated from the rest of it, you lose about 1/6th of your length.

What Size Shell Does A Remington 870 Shoot?

This is your bread and butter size ammunition and it is normally good enough to get the job done regardless of what animal you are hunting. Even using slugs for those big games, 2 3/4 shells are normally going to be plenty big enough.

These are exceptionally powerful and are far from being common, but it is entirely possible to use them, under the right circumstances. It is even possible to fire 3 1/2 inch shells from your Remington 870, though there are very few reasons why you might want to do so.

Unless you’re hunting geese from about the very max range of the shotgun. 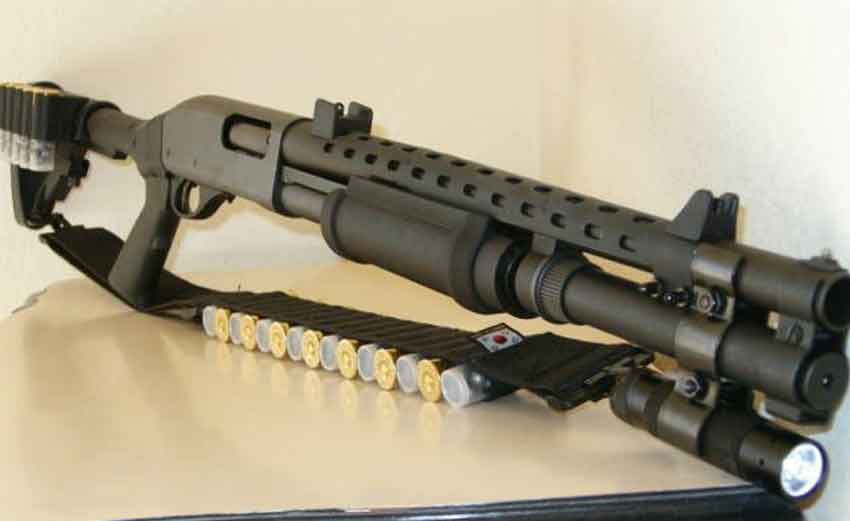 These 3 1/2 inch rounds are often referred to as express super Magnum shells or rounds.

Remember though, just because a Remington 870 can, in theory, shoot rounds this big – it doesn’t mean that your particular model can.

You will need to check before you try, because if you somehow manage to fit 3-inch rounds in the chamber but your gun isn’t equipped to fire one you may end up damaging the gun and even injuring yourself, sometimes quite severely.

According to Wikipedia, the variants that are listed that specifically mention 3 inch shells are below.

Express – Matte blue/black bead-blasted with hardwood, laminated hardwood or synthetic stocks and chambered for 2 3/4″ and 3″ 12 or 20 gauge shot shells. All Expresses have been chambered in 3″ in 12 and 20 gauge, but markings have varied.

Express Tactical – Matte blue/black bead-blasted with a synthetic stock and chambered for 2 3/4″ and 3″ 12 gauge shot shells. The Express Tactical (stamped “Remington 870 Tactical”) has an 18.5 inch (47cm) barrel and is offered with 4+1 or 6+1 magazine tube capacities.

Police – Chambered in 12 gauge only with a 3″ magnum chamber. Blued or Parkerized steel finish. These models feature a stronger sear spring, carrier latch spring, and a forged steel extractor (as opposed to the MIM extractor found on Express models). Receivers are stamped “Remington 870 Police Magnum” as of 2014. They are equipped with Police-specific walnut or synthetic stocks which are fitted with sling mounts. Walnut stocks lack checkering as found on the Express/Wingmaster models. 870P models come with matching walnut or synthetic forends that are shortened to prevent interference with most vehicle-mounted rack systems. The shortened forend also allows quick visual inspection of the magazine regardless of what position the forend is in, whereas the lengthened sport-type forend on other models partially blocks the loading port when pulled to the rear. Police models are available with 18″ or 20″ barrels, with or without rifle sights, and have a standard capacity of four rounds. They can be ordered with a two or three round extended magazine tube from the factory, bringing total capacity to 6+1 (18″ barrel) or 7+1 (20″ barrel). All police barrels come with an Improved Cylinder choke unless special ordered.

Wingmaster (Magnum model) – Blued steel with high gloss or satin walnut stocks. They have been offered in Skeet, Trap, and field configurations. Originally the basic Wingmaster was chambered for 2 3/4″ rounds and came with a fixed choke, and the 3″ chambered versions were designated Magnum models. Models built after 1986 offer the RemChoke Interchangeable choke tube system, and the 12 and 20 gauge versions are chambered in 3″ for either 2 3/4″ or 3″ shells. Prior to the introduction of the “Police” model 870, altered Wingmasters were popular among law enforcement.

From Remington themselves though you can add a few more models.

MCS (Modular Combat Shotgun) – A new modular version of the M870 which can be quickly modified with different barrels, magazine tubes, and stocks for different purposes, such as urban combat and door breaching.

Short answer – yes. You can indeed put 3-inch shells in a Remington 870.

In most cases, at least.

Your shotgun needs to have been rifled correctly so that rounds that big can even fit inside the barrel. Not all Remington’s are, though, it should be quite apparent to you if it has or hasn’t.

If you can’t tell, you can always visit your local gun store and ask, or contact the seller to clarify.

Your shotgun needs to not only be rifled correctly, it needs to have a magnum receiver to accommodate these 12-gauge magnum shells.

Finding out whether you have a magnum receiver is easy enough, furthermore, it also generally tells you if your model has been rifled correctly or not. Why attach a magnum receiver to a weapon that isn’t rifled to fire magnum rounds?

The serial number of your 870 should be easy enough to locate, once you do, you are looking for a small “M” as part of the number.

If you do, great! You’re good to go. If not, you will need to have your barrel rifled or purchase an 870 that is already well equipped for your needs. This short article about the 870 will help you locate its receiver – you can find the article here. 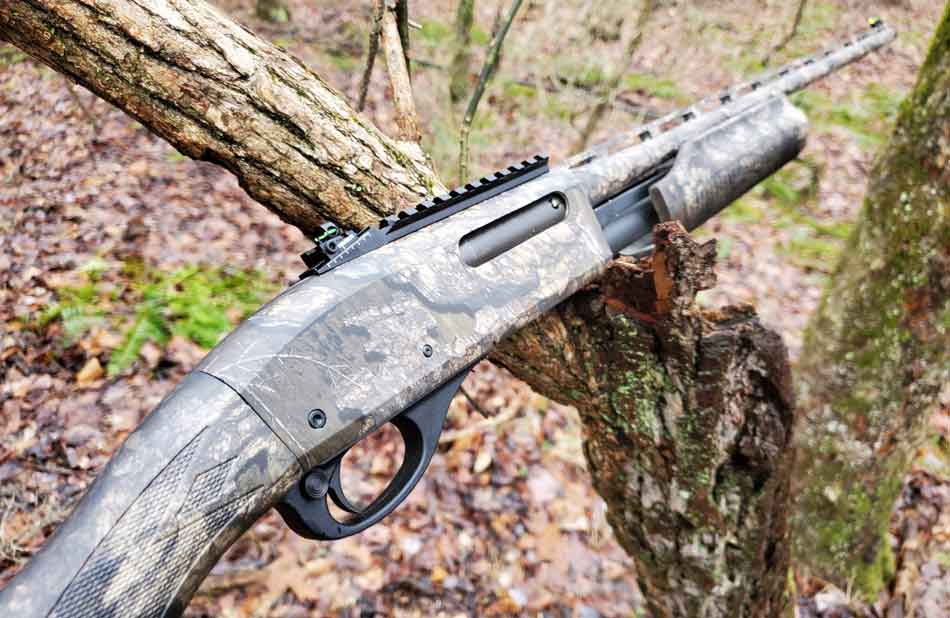 So, now you know! You are very likely fine to be using 3-inch rounds, but it’s important to check first. Following the above article’s instructions, you should be fairly sure one way or the other pretty quickly.

3 inch rounds are great for hunting, so hopefully, you are fine to go ahead and use them.

Regardless, good luck on your next hunt, happy shooting!