Most gun users assume that you can dry fire a Glock firearm or any other centerfire firearm an infinite number of times.

Some have gotten away with it without damaging their firearms, but a few have different stories of damaged firing pins. As a damaged firing pin isn’t great when you need it the most, it’s a real concern. So, can a Glock be dry fired?

On an occasional basis you can dry fire any of the Glock models. Glock recommend not doing it regularly, and you should consider using either dummy rounds or snap caps to prevent damaging your gun.

It’s a question asked by a lot of people, as practising ‘trigger feel’ is normal for any firearm user.

What Do We Mean By Dry Fired?

Dry firing is the process of simulating how a gun works without using live ammo.

You simply aim a gun and fire when the magazine and chambers are empty. Dry firing is one of the best ways to practice trigger control and to cure flinching.

Most beginners tend to anticipate a firearm’s recoil, hence flipping the muzzle up and missing the target. Dry firing helps you identify the flinch and even find out ways to cure it.

It’s also a safe way to practice using a firearm around the house, especially when you don’t have the chance to access a shooting range.

However, dry firing is not always a good idea. When you pull the trigger normally, the firing pin hits the primer to ignite the cartridge.

But since there’s no cartridge, the firing pin hits the edges of the gun in this case. The pin loses its effectiveness over time.

This process speeds up the wear and tear of the firearm’s internal parts. 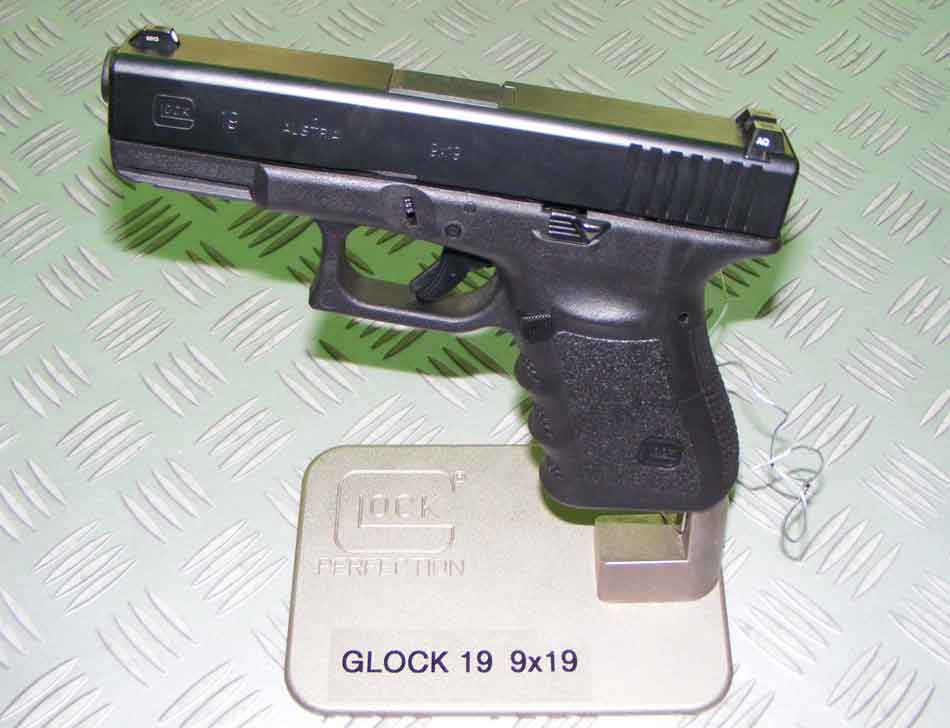 Can Any Glock Be Dry Fired

It’s common practice to dry fire a Glock firearm when disassembling it. According to Glock’s official website, it’s okay to dry fire your handgun.

But you should use snap caps if you’ll be doing it often. Just like any other machine, Glock handguns will wear out eventually. So using snap caps can help slow down this process.

What Are The Dummy Rounds Or Snap Caps Glock Recommends?

They look like a real round, but they don’t have a primer, propellant, or a projectile. They are harmless and inert.

Some may have a polymer or rubber primer and a spring. This spring absorbs the force from the firing pin preventing its damage and protecting the pistols breech from damage.

A-Zoom first designed snap caps, but they are now available in all calibers, including for Glock handguns.

Snap Caps are also not that expensive, and some of them are even reusable but when they start wearing out, replace them.

You should also check the manufacturer’s guidelines on using and reusing the snap caps.

Besides dry firing, you can also use snap caps to clean the barrels and even lubricate them. You just have to look for those designed for these tasks.

Unlike snap caps that are designed to look like real rounds, dummy rounds are made from real rounds.

A dummy round is a real cartridge without the propellant and primer. However, it shouldn’t be confused with blank ammunition.

Dummy rounds and snap caps are both suitable for dry firing.

Dummy rounds are still great for practicing how to load, deal with a jam, and practice trigger control. Since snap caps cushion the firing pin during dry firing, most people prefer them to dummy rounds. 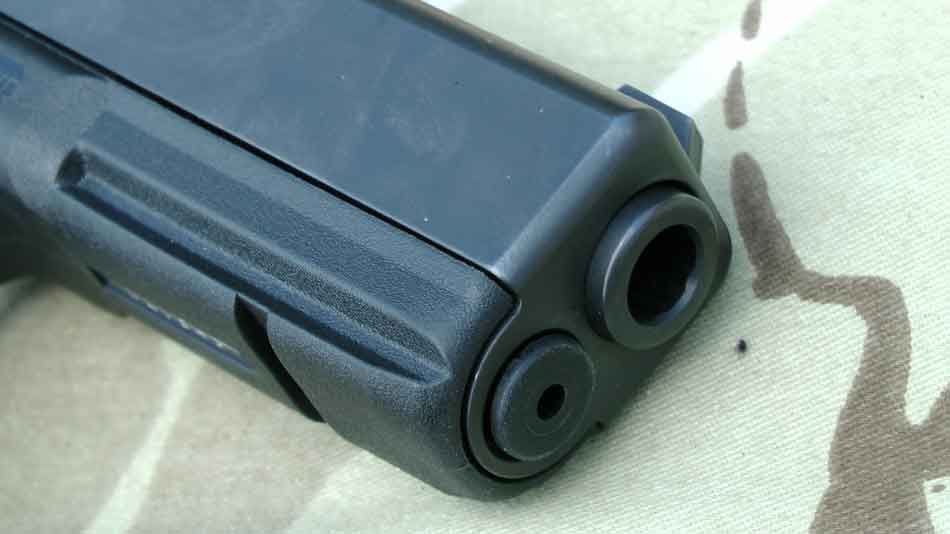 Why Should You Use Snap Caps And Dummy Rounds?

Using empty cases to dry fire may sound like an economical option, but it’s not recommended.

The used primer will offer little to no cushioning to the firing pin – especially when you use the same shell for a long time.

As a result, the pin becomes “flattened” and less effective. At somepoint it is like dry firing as the round is ineffective. You can use one case a few times and replace it.

Another concern is mistaking the used cases with live ammo, which can lead to accidents. So you may have to label them somehow. If you’re up for it, you can also create dummy rounds from the cases.

Instead of going through all of this trouble, why not use a snap cap with the proper cushioning for the pin? Besides, snap caps are cheap, and several of them are included in a package.

Dry firing is an economical and effective way of curing the flinch, learning how to clear jams, and practicing trigger control.

Glocks, and many other modern centerfire firearms, can be dry fired occasionally.

But as we’ve established, this practice will damage the guns when done for a long time. Ensure you always use snap caps.