If ever a specific firearm was associated with a fictional character you basically have two choices. James Bond with his Walther PPK and Dirty Harry with his 44 Magnum.

While James Bond has his self styled lines (Bond,….James Bond), Dirty Harry also has his. Something about ‘…the most powerful handgun in the world’. You might have heard it.

Well, it may have been eclipsed by future designs but no matter what age you are, the 44 Magnum has a place in history.

If you are curious, you might ask why is it so powerful, and exactly how powerful is it? With that in mind, exactly what are the ballistics of the 44 Magnum?

All that is impressive, but modern cartridges, like the .500 Smith & Wesson Magnum, are far more powerful if you truly need to put a round through a steel girder. 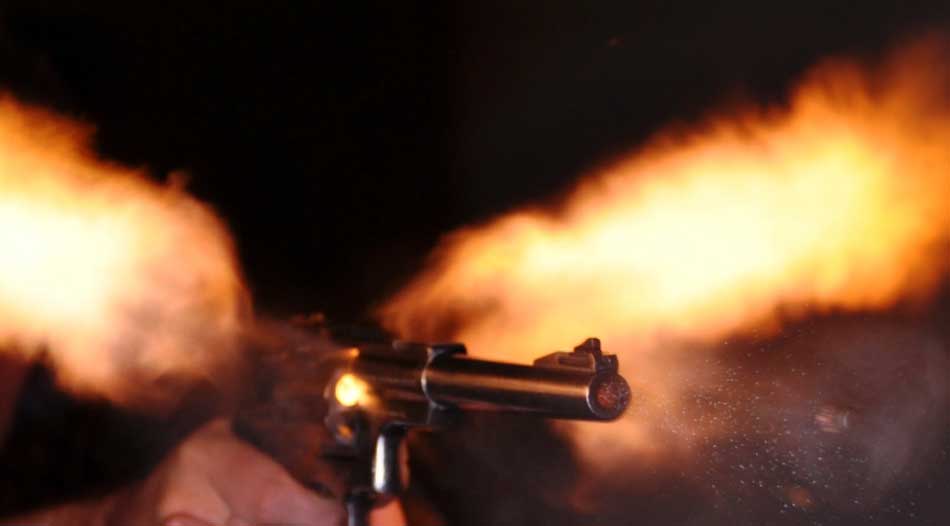 That said if you are unused to firearms that’s quite a bit of power to handle when you get the inevitable recoil.

Without a firm grip, all that power will affect the accuracy of the shot placement.

Still, aided by the ‘coolness’ of Clint Eastwood it is still a popular cartridge with many devotees. Additionally, it has a pedigree that few cartridges can match.

To start with, there are a few ways to refer to this cartridge. When talking about the 44 Magnum you may hear it expressed in a few ways

Essentially, they are referring to the same thing. The 44 Magnum is a large caliber cartridge, which although was primarily designed for revolvers, is adaptable to handguns and rifles.

The 44 Magnum became the ‘most powerful handgun in the world’ by lengthening the case, and making the cartridge more suitable for higher pressures.

All this helped but a 300gr bullet out the end of the barrel at muzzle velocities approaching 1500 fps.

The typical cartridge specifications are as follows.

That’s still quite a lump of lead heading at you at quite a speed no matter which way you look at it.

If you put a hunting round in it, it’s more than lethal for reasonably sized game at short range. 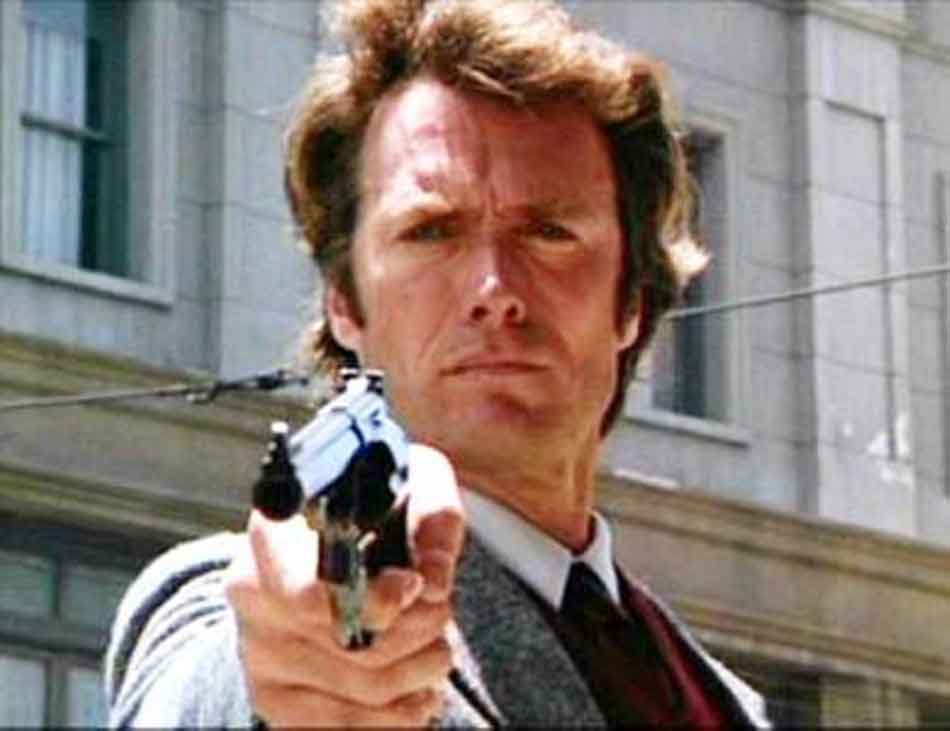 There are many cartridges that are famous in America, but are little known around the world. With a hat tip to Clint Eastwood, it would be fair to say that he made it the cartridge most known around the globe.

It’s a world famous round.

But while Dirty Harry’s enemies were all criminals with guns, the round itself was designed for hunting.

So with a pedigree like that, but with a purpose for taking down game, let’s take a look at a representative ballistics trajectory. 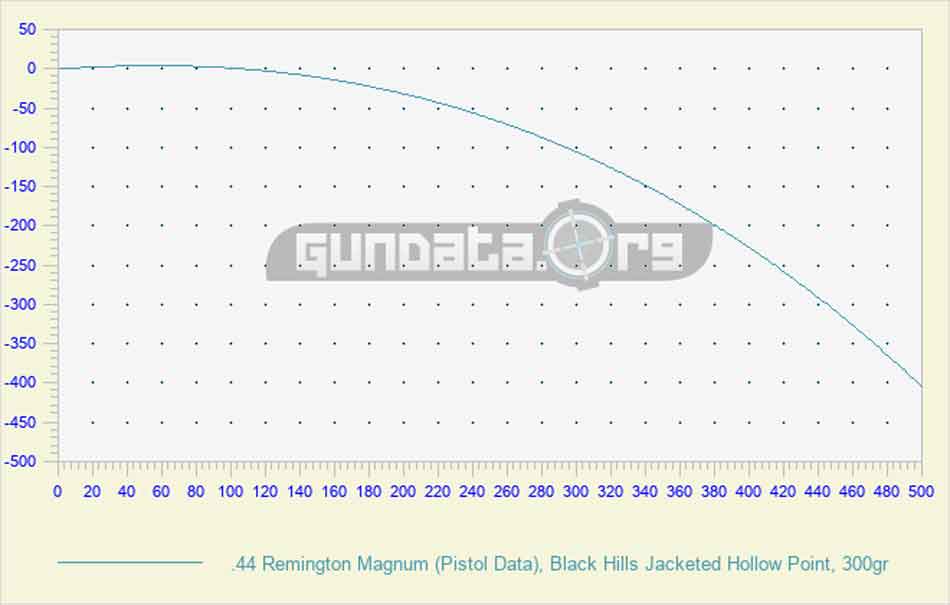 That seems a fairly realistic and typical 44 Magnum round.

Here’s a similar round from a rifle though compared to the pistol. 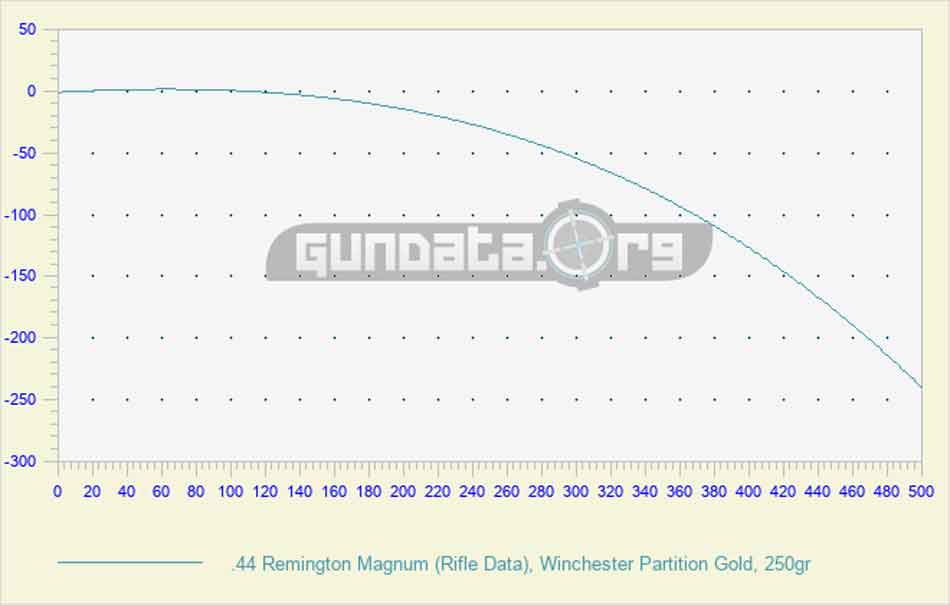 So, that’s two quite different trajectories.

With a rifle, the round is 250gr but exits with a muzzle velocity of around 1800 fps. That nicely explains the flatter and extended curve to the pistol or revolver.

The round travels flatter, out to 150 yards or so, but whereas with a revolver the round has dropped 100 inches after 280 yards or so, for a comparable bullet drop the rifle is at 370 yards.

Unsurprisingly, you get a bit easier shooting with a rifle. 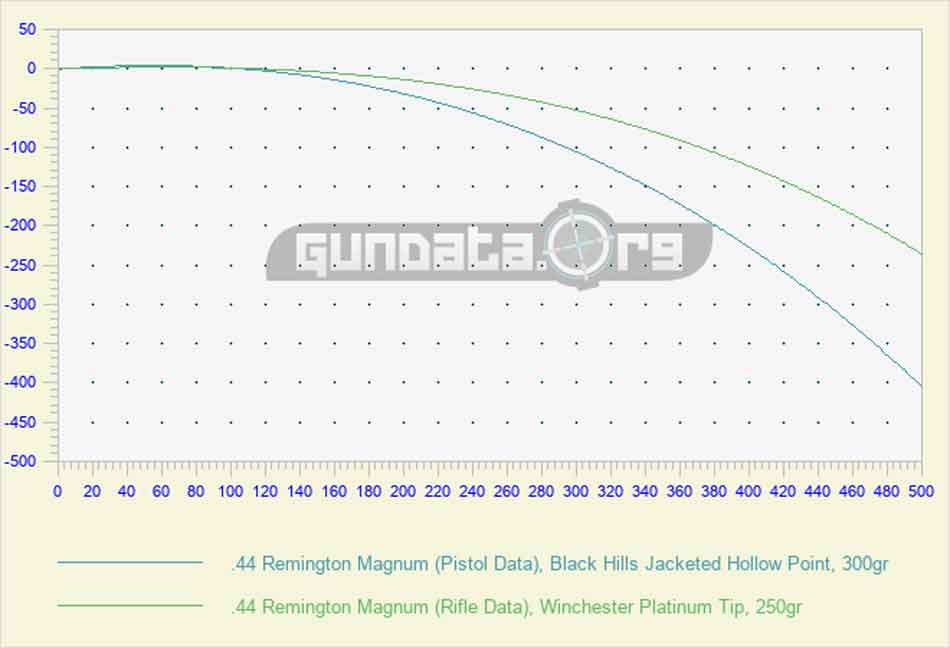 Effective range is a broad topic. The military has a definition, but it means different things for different people.

Nearly all rounds are lethal beyond the point where they can be accurately aimed, but normally effective range means where a carefully aimed shot can be reasonably certain of hitting the target.

In general, this includes shooter experience, weather, cartridge, bullet grain etc but with a 44 Magnum, you have the extra complication of being able to use it in a revolver and a rifle.

Both from a revolver and a pistol, a 44 Magnum round fired from 500 yards away if it hits you is capable of fatally wounding, but at that range, it isn’t effective, more a lucky strike.

When talking about a 44 magnum from a revolver, or any short barreled firearm, an effective range has more to do with the individual shooter’s ability to hit the target than the round itself. 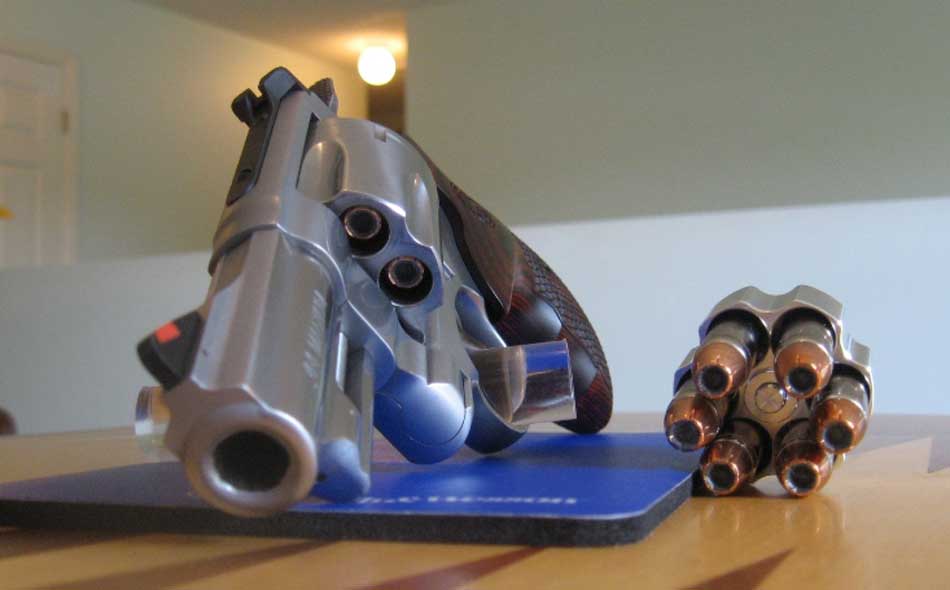 If you can group rounds out to 100 yards with a revolver then that’s it’s an effective range for you. The bullet will kill 400 yards beyond that, however. The round itself is petty flat out to that 100 yards, so no bullet drop needs to be accounted for.

With a rifle and the possible zeroing with professional and modern scoped rifles, this extends, quite considerably, the effective range of the naked eye.

With a rifle, there are only around 55 inches (4.6 feet) of bullet drop at 300 yards so most shooters could be reasonably accurate at this range.

At 500 yards you are talking about 240 inches (20 feet) of bullet drop. If you are confident you can deliver a round on target at that range then the cartridge itself is capable at 500 yards.

Despite the reputation for power and being a bit unwieldy, the accuracy for the .44 Magnum is quite good. While more experience always produces better results, a proficient marksman can place tight groups at 50 yards with relative ease.

So, when talking about effective range, the factor that limits the distance is not power or just proficiency, but the trajectory. They are much heavier grain bullets than 9mm rounds, as they are designed for hunting, and are thus, slow.

As most shots are fired flat once a round is fired at the target the bullet starts to drop. Not correctly aimed, whenever 6 feet of drop is obtained the round will splash into the dirt.

For a rifle that’s about 350 yards, and a revolver about 250 yards. That’s all in theory as no-one can hit a target reliably with a 44 Magnum revolver at that range.

So as a rule of thumb maybe the effective range for a revolver chambered in the 44 Magnum might be 100 yards, and for a rifle 300 to 350 yards. 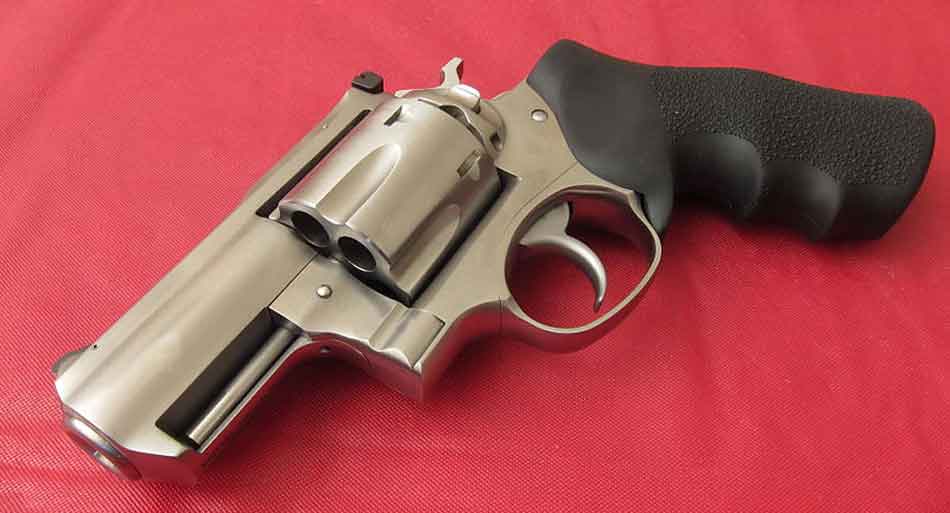 While everyone has different needs for a specific caliber, a lot of shooters might be interested in learning what that statistics are for the 44 Magnum.

I went to the typical ballistics calculator and plugged in the relevant data.

The table assumes a pistol aimed at 100 yards or a rifle zeroed at the same distance..

This is for a 300 gr bullet, which is an average grain for a revolver cartridge.

I’m just trying to imagine firing a 44 Magnum from a revolver at a target 500 yards away, trying to account for over 400 inches (33 ft) of bullet drop.

And here’s the comparable data for a 44 Magnum from a rifle.

Rifle grains tend to be a little light, so this is for a 250 gr bullet.

All this data is approximate, and should not be treated as an ideal. Practical experience on the ground always trumps computer data.

Nevertheless, it is consistent with the trajectory charts, so will provide some useful data.

The tables might be useful in determining your own effective range.

What’s noteworthy maybe is the velocity and power of the cartridge, even at 500 yards. For a round considered ‘heavy and slow’ even the revolver fired 44 Magnum is traveling at 745 fps.

So with a round made famous around the planet by Clint Eastwood, a revolver might be effective out to 100 yards, and a rifle out to 350 yards.

That’s a statement that’s based on both anecdotal evidence and supporting ballistics.

Just like most other calibers, the round is lethal whether from a revolver or a rifle way beyond what might be accurately aimed. At 500 yards a .44 Magnum round has lost only 35 to 50% of its velocity.

While the revolver shoots pretty flat out to 100 yards, the rifle extends that distance to 160 yards or so.

The .44 magnum in revolver format obviously doesn’t make a good concealed weapon. It’s too big and unwieldy. Bullet technology of recent years has reduced the need for power.

A good 9mm self defense round will do as much damage as a 44 magnum, and with the 9mm you get more rounds available to you, depending upon magazine capacity.

While it was designed for hunting, and self defense against large animals, like bears, the fact is there are better options for both.

Truthfully, the .44 Magnum is still a great round, that still does its job. It has a legendary pedigree (literally), but you choose this round because you want to, not because of a need.

After all, who doesn’t want to fire it wondering if the target is ‘lucky’.